Zhouzhuang (周庄) is a town famous for its canals in Jiangsu province. It is located within the administrative area of Kunshan, 30 km southeast of the city centre of Suzhou, and about a 1 hour drive from Shanghai.  Zhouzhuang is a popular tourist destination, classified as a AAAAA scenic area by the China National Tourism Administration, and is one of the most famous water townships in China, noted for its profound cultural background, the well preserved ancient residential houses and the elegant watery views. It has been called the “Venice of the East“.

This ancient town has a history of more than 900 years old with many houses built in the Ming and Qing Dynasties. There are about 100 houses with courtyards and 60 of them have arch gateways made by carved bricks. With lakes on four sides, the beauty of Zhouzhuang is specially to be found along the waterside lanes and around a number of the stone bridges. A different vista at every turn can be found here. Highlights include: 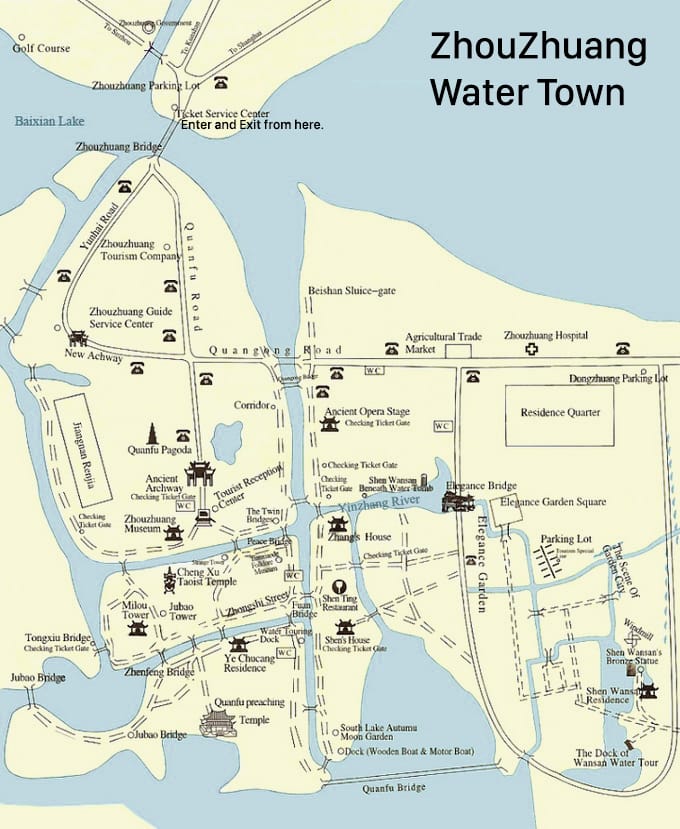 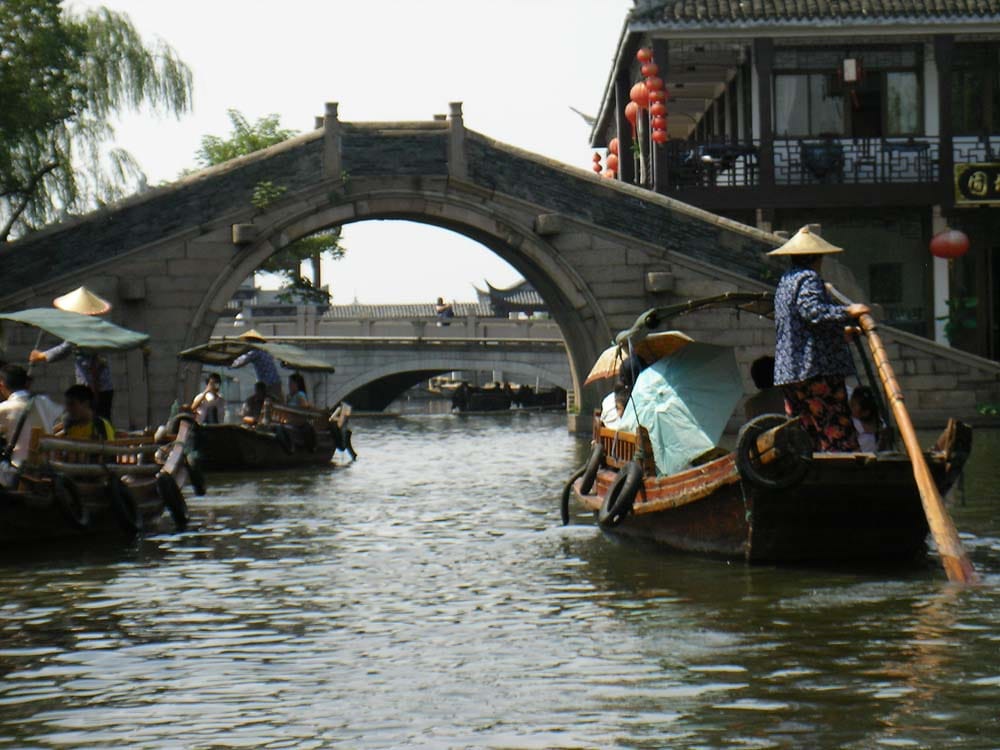 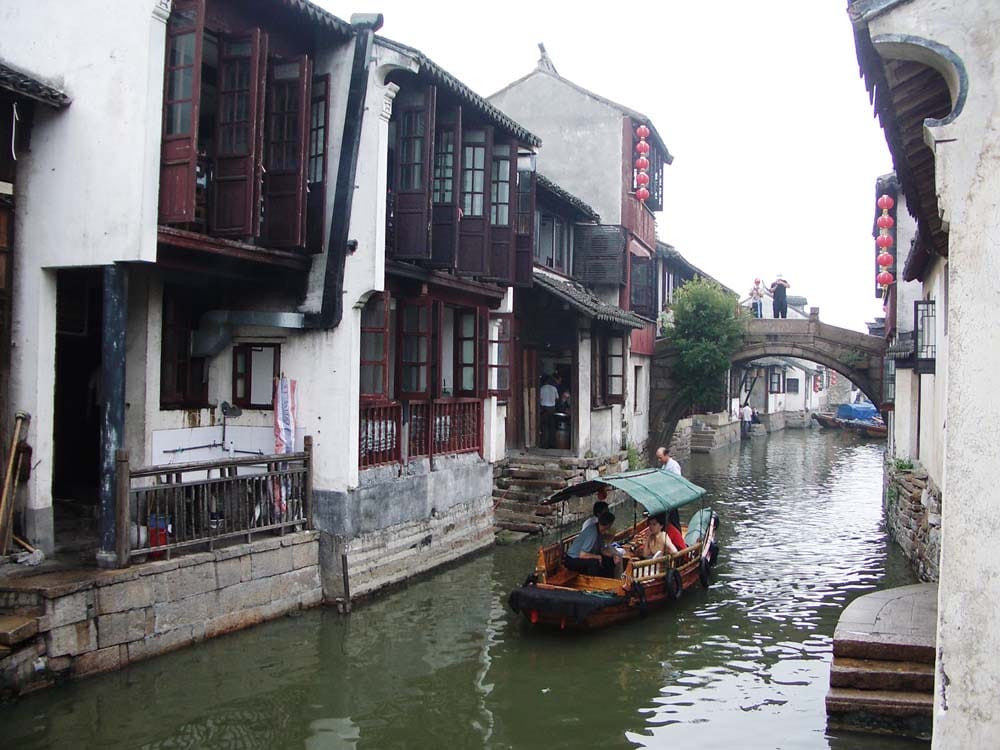