TerraCotta Warriors & Horses (and my Xi’an office in 2014)

1½ hours drive north-east from Xi’an in a village called Lintong is China’s greatest archeological excavation, the TerraCotta Warriors and Horses. Discovered accidentally by farmers in 1974 east of the Mausoleum of Emperor Qi, terra-cotta figures of warriors and horses, most of which are life size, over 1.75 meters high, arranged in battle formations symbolically guard the Mausoleum of Emperor Qin Shi Huang, the first emperor of the Qin Dynasty (246-209 B.C) in the afterlife.

The craftsmanship of each clay warrior is as impressive as the scale of the project.  Great care was taken to make each model unique, and each of the 8,000 soldiers had their own facial features, hair-style, and when dressed in the same uniform, the folds and fit are also unique. 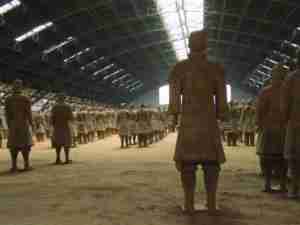 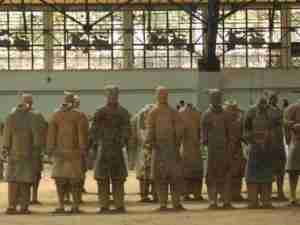 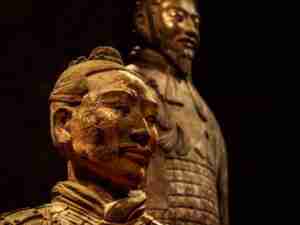 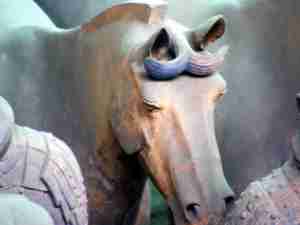 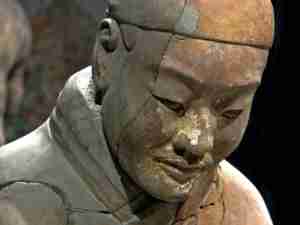 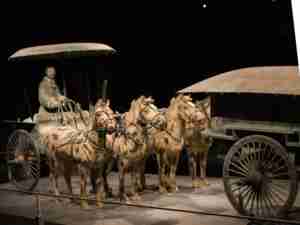 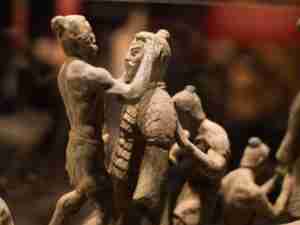 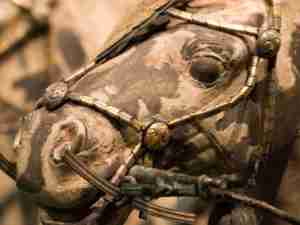 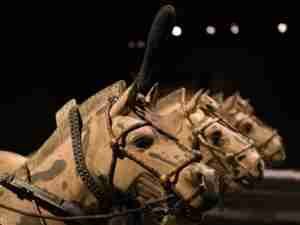 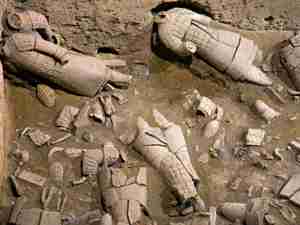 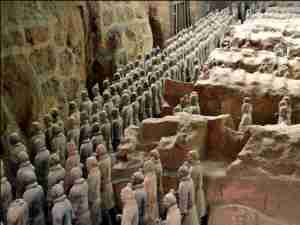 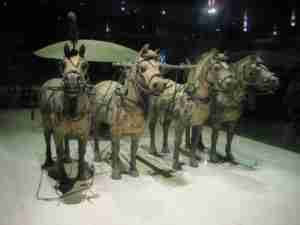 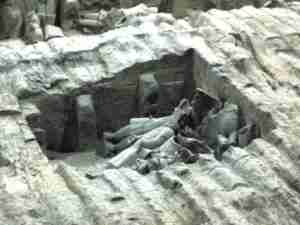 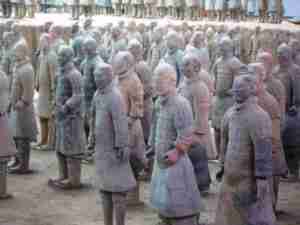 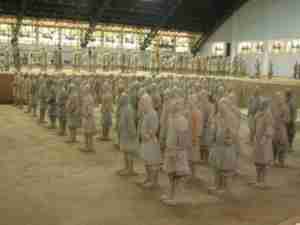 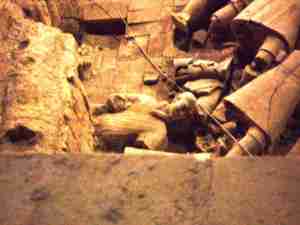 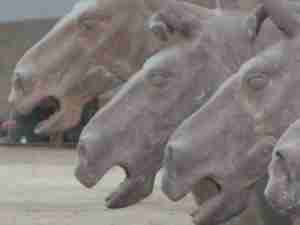 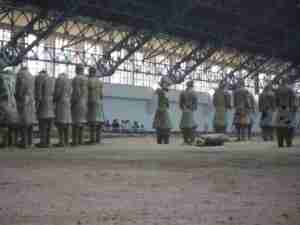 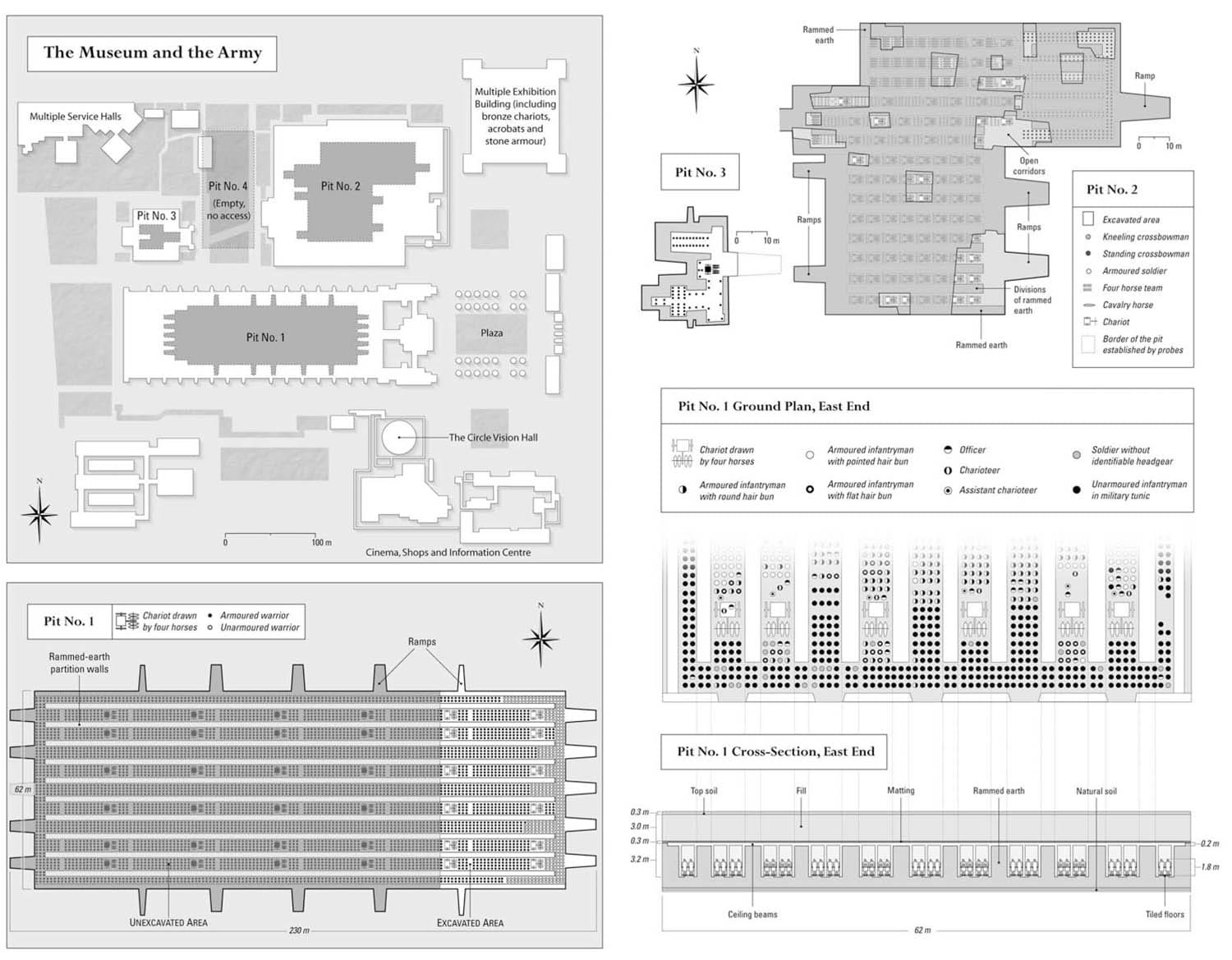 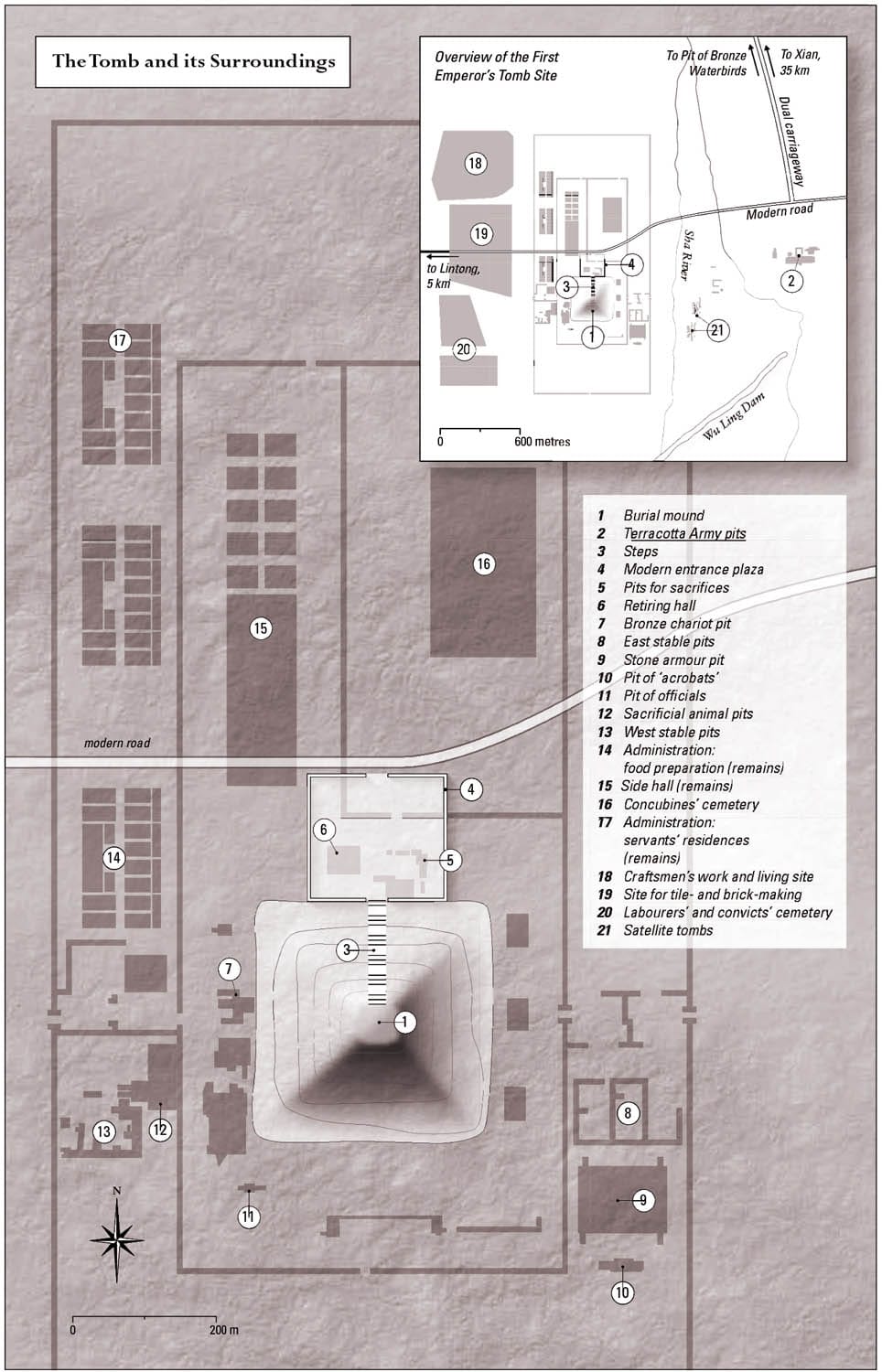 So far, altogether over 8,000 pottery warriors, servants, officials, infantry, shooting soldiers, vehicle soldiers, cavalryman guardians, horses, chariots, and even weapons have been unearthed and displayed in the museum. It is cited as the ‘Eighth Wonder of the World’. 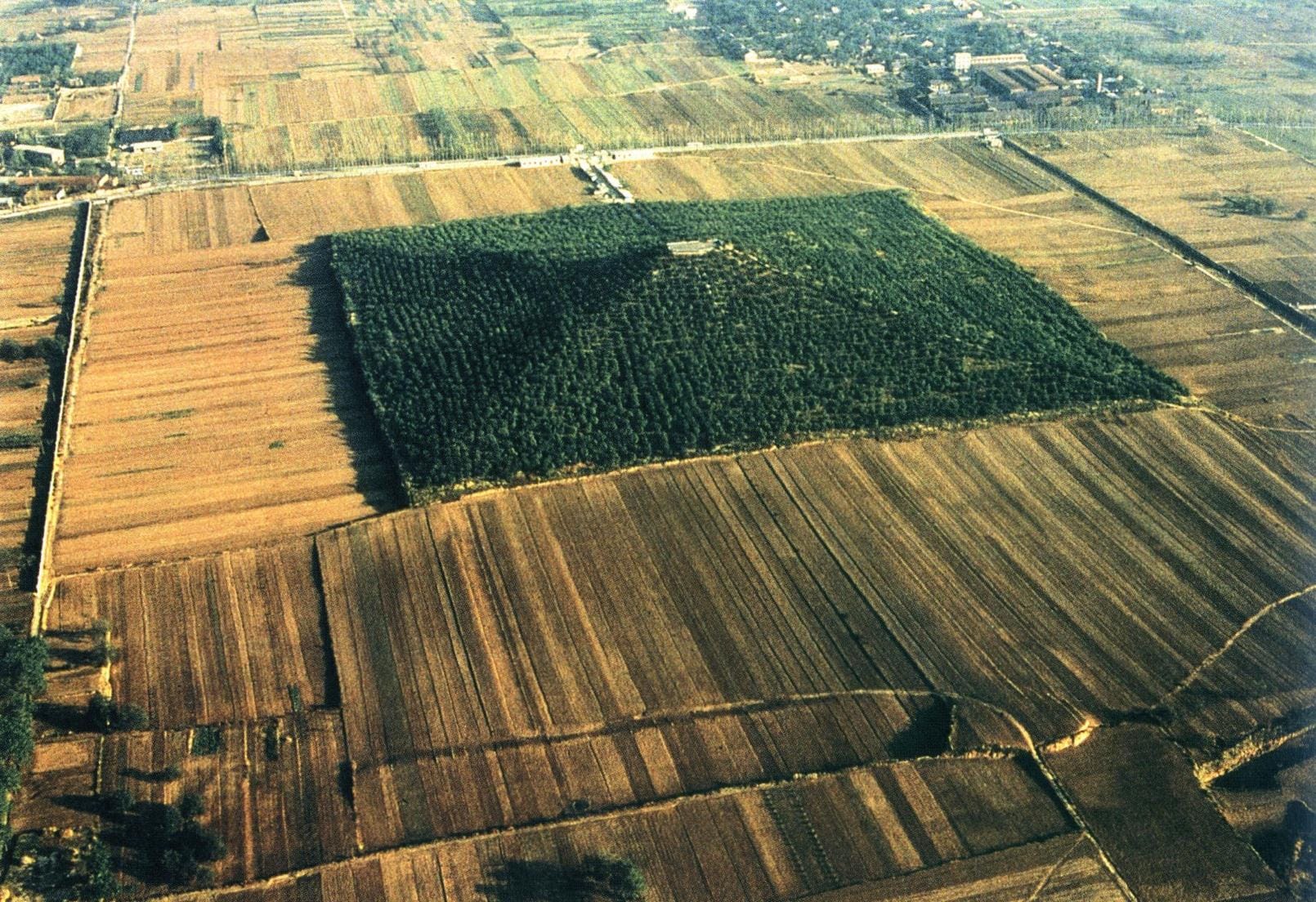 Located nearby the Terracotta Warrior Museum, Qin Shihuang’s mausoleum is larger than Egypt’s Great Pyramid, and has still not been fully excavated.

My office at the Terra-Cotta Warriors & Horses

In 2013 / 2014, the Terra-Cotta Warriors & Horses site also served as my office location in Lintong, while I was the General Manager and Executive Director of the Shaanxi QinHuang Grand Theatre onsite building the theatre and preparing it’s inaugural show “China’s First Emperor“.

All visitors to the Terra-Cotta Warriors & Horses pits had to walk past my clear glass office front.  It made for an interesting spectacle (and barrages of daily selfie photos) seeing a fat white foreigner, buddha like in physical stature, seemingly in charge behind a giant desk with a gang of Chinese support staff at my whim. 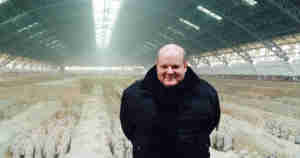 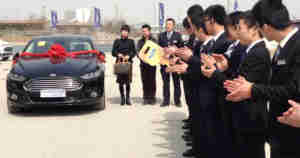 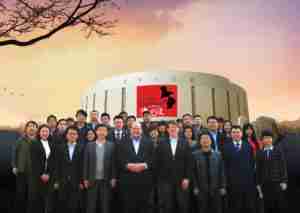