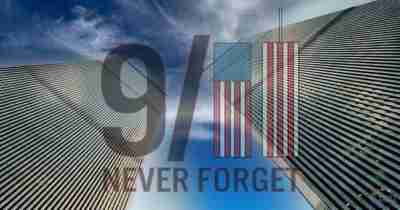 DJ and I were living in New York. My office was located near the base of the North Tower of the World Trade Center complex.  I woke to initial news of what was being reported as a small plane accidentally hitting the North Tower.  Later, my office was sheered in half in the collapse, and I was first allowed back into the site a couple of days after the attack and took some photos of a city grieving & at ‘ground zero’.

DJ’s cousin, Ken Basnicki, was on top of WTC1, the North Tower attending THE RISK WATERS FINANCIAL CONGRESS , along with the WINDOWS ON THE WORLD manager Christine Olender, a friend that loved Broadway, both of whom died that day.

Without diminishing their incredible efforts, it’s not just about the first responders, but equally 1,000’s of stories of unimaginable heroism abound with the courage of ordinary people shone through on airplanes, on fighter jets, within the Twin Towers, in the Marriott Hotel, at the Pentagon and on the ground.

In an instant, everything changed.

Here is my personal account, my photos, remembrances of some heroes, a collated timeline & global newspapers...

(from my emails to overseas family/friends)

Thank-you for your thoughts. What a wonderful outpouring from friends from around the world concerned about us. We truly appreciate and were touched by your concern.

For those that have tried to call, thanks for trying, but