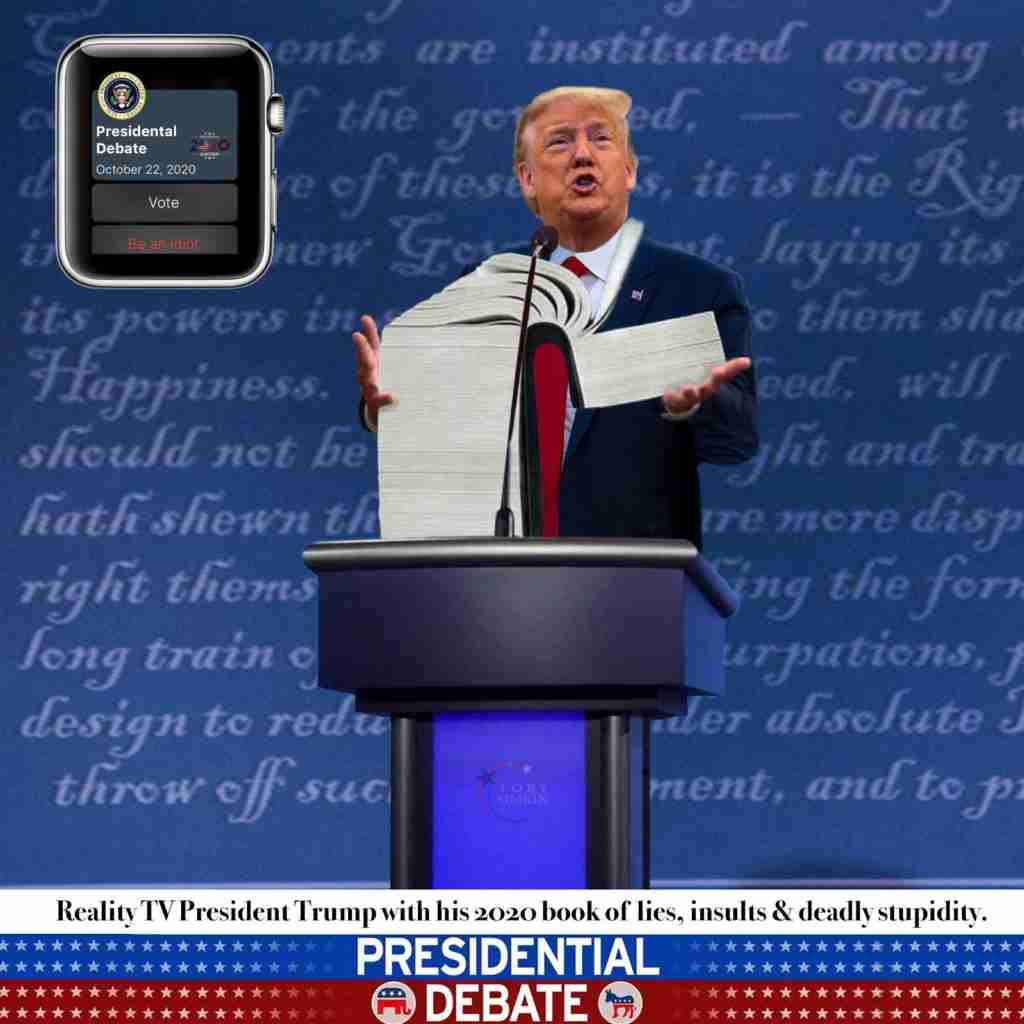 Vote, just VOTE. it’s not difficult, and will save lives and help the USA re-gain global respect.

Until then, expect reality TV President Trump to continue with his 2020 book of lies, insults and deadly stupidity.