You will want to know how to recognize which toilet is for your sex and how to read the characters “public toilet”. You don’t have to be able to read Chinese – it is pattern recognition. Stare at the male and female a while, or copy them repeatedly on paper.

“Gong cuo” literally translates as “public toilet”.  Most hotels and restaurants will have a toilet. Hutongs (old alleyways) also frequently have public toilets as many residents will not have toilets in their homes, only buckets for nighttime and elderly. If you are on a main street it may help to walk down an alley if you are in search of a toilet. 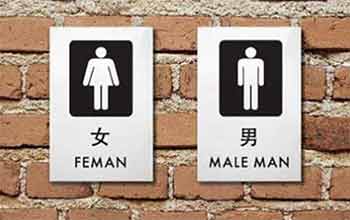 There are two major types of toilets, “western style” and “Asian style”. Westerners sit and Asians squat. Do be prepared to do some squatting as sometimes there is no choice.

Chinese have no concept of privacy, People will stare at each other from point-blank range.  With privacy an almost unknown luxury, foreigners inevitably become targets for blatant curiosity, even in toilets.  People will stare and point.  This is not intended to be aggressive, sexual or insulting, though the effects can be very alienating.

Don’t go to China fearing the toilets. This may make it sound bad but really it’s not. Another good idea is to go into five-star hotels or restaurants to use the facilities – they are generally up to or above western standards. Toilets in China vary greatly, which is probably why the government has started rating them with stars and handing out awards. One-star toilets are often found in public places. 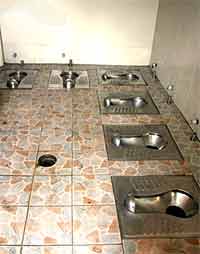 In older public toilets, the rooms are smelly. Sometimes with stall dividers 1/2 metre high making mini-cubicles, but often without any partition, where you need to squat squat, smoke, read the newspaper and ignore everyone else. Once or twice a day someone runs water into one end of the room flushing away hours of business.

Carry toilet paper for these occasions as none is provided (weird for the country that invented toilet paper). A one fen note although small has been used in times of need (1/100th of a Renminbi). Other advice – breath through your mouth. 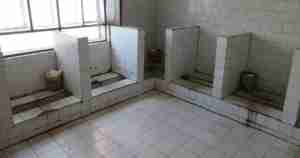 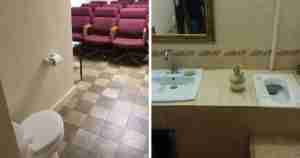 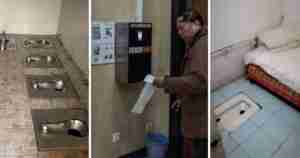 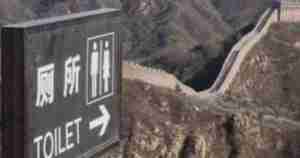 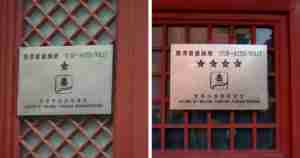 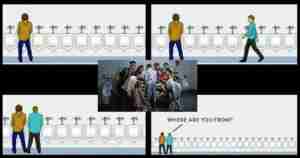