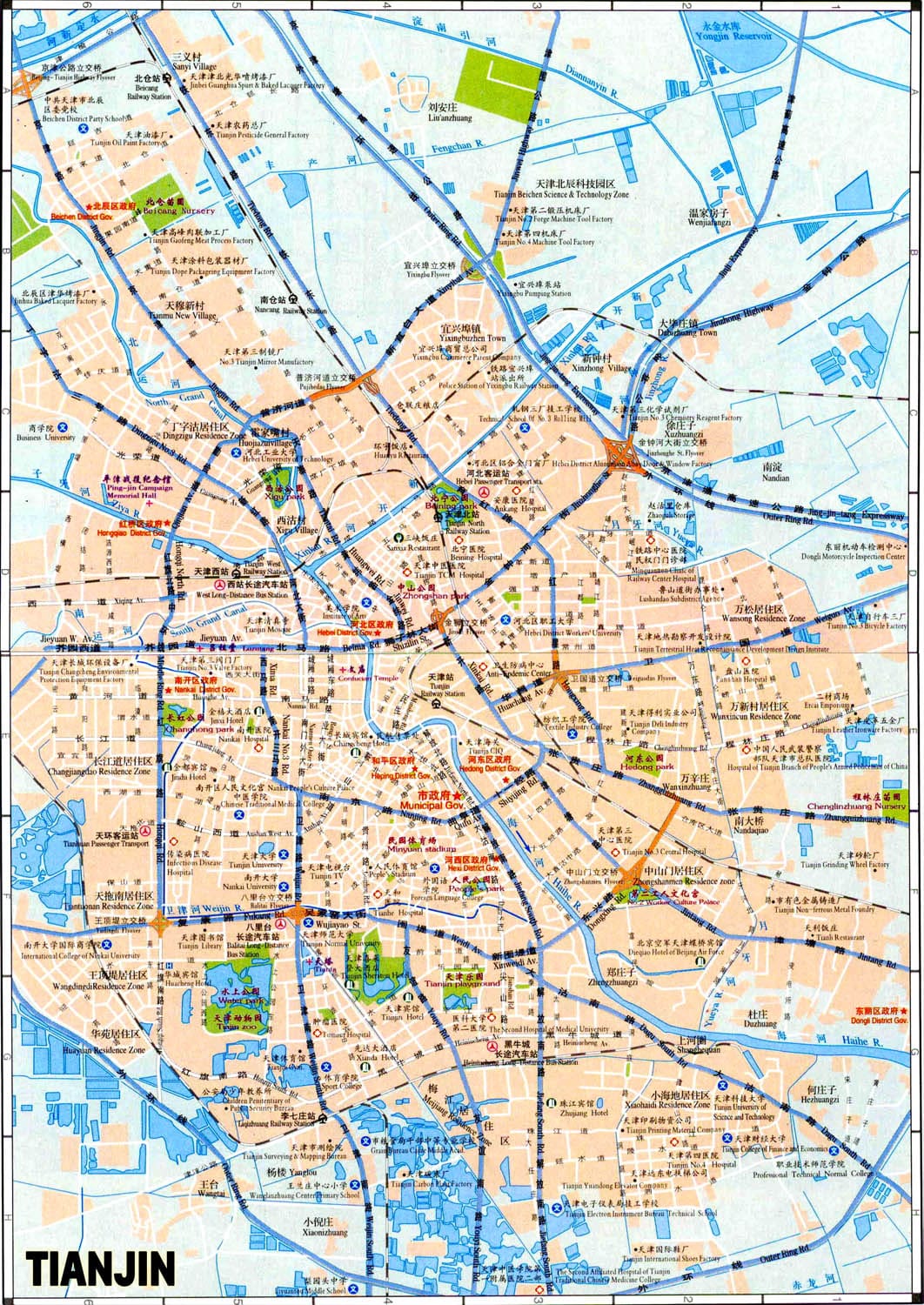 First established under the Song Dynasty 960 A.D., Tianjin (天津) has been the economic lifeline to the capital city of Beijing. Located on the Hai River, it was an important 19th century port that acquired British, French and Japanese flavor. Since Tianjin is the largest coastal opening in northern China, it quickly became a modernized port and important economic center. Their products, such as textiles, chemicals, rubber and metallurgical items, have become highly competitive in the domestic and world markets. In recent years, they created the Tianjin Economic Development Area where many international companies have invested and established company sites within the city.

Tianjin is China’s3rd largest city that is a major commercial and industrial center as well as the biggest port in north China. 137 km southeast of Beijing, Tianjin is situated at the confluence of five tributaries of the Haihe River, 50 km from the Gulf of Bohai.

Tianjin is best known for its streetscapes of colonial era buildings, a residue of its status as a Treaty Port after 1858. Now a center of multinational businesses concentrated in the new satellite city known as TEDA (Tianjin Economic Development Area), Tianjin has an extensive modern infrastructure, and is known for the high quality of its industrial products. 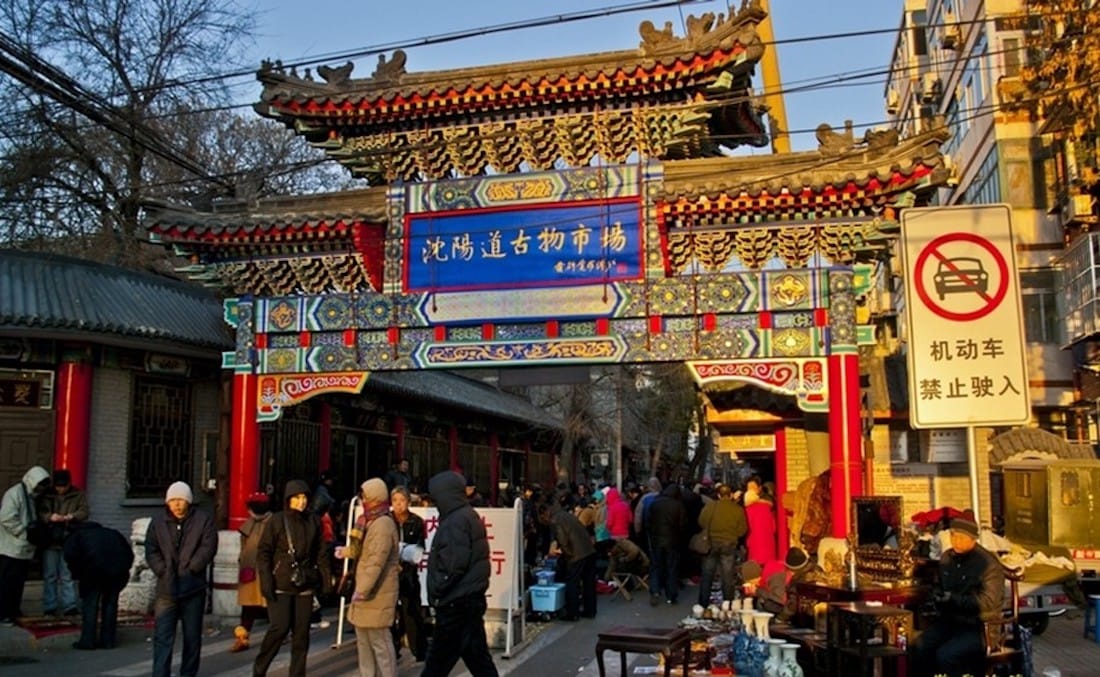 Being the biggest antique market in China, Shenyang Dao Antique Market (沈阳道古玩市场) is filled with all kinds of shops selling porcelains, paintings, gold, silver, copper, jade articles, and so on.

Ancient Culture Street (Gu Wenhua Jie)（古文化街).  Traditionally designed stores line either side of the street, dealing in paintings, calligraphy, jade, or other renowned Chinese arts and crafts. It is a good place to find souvenirs and enjoy the architectural spectacle. 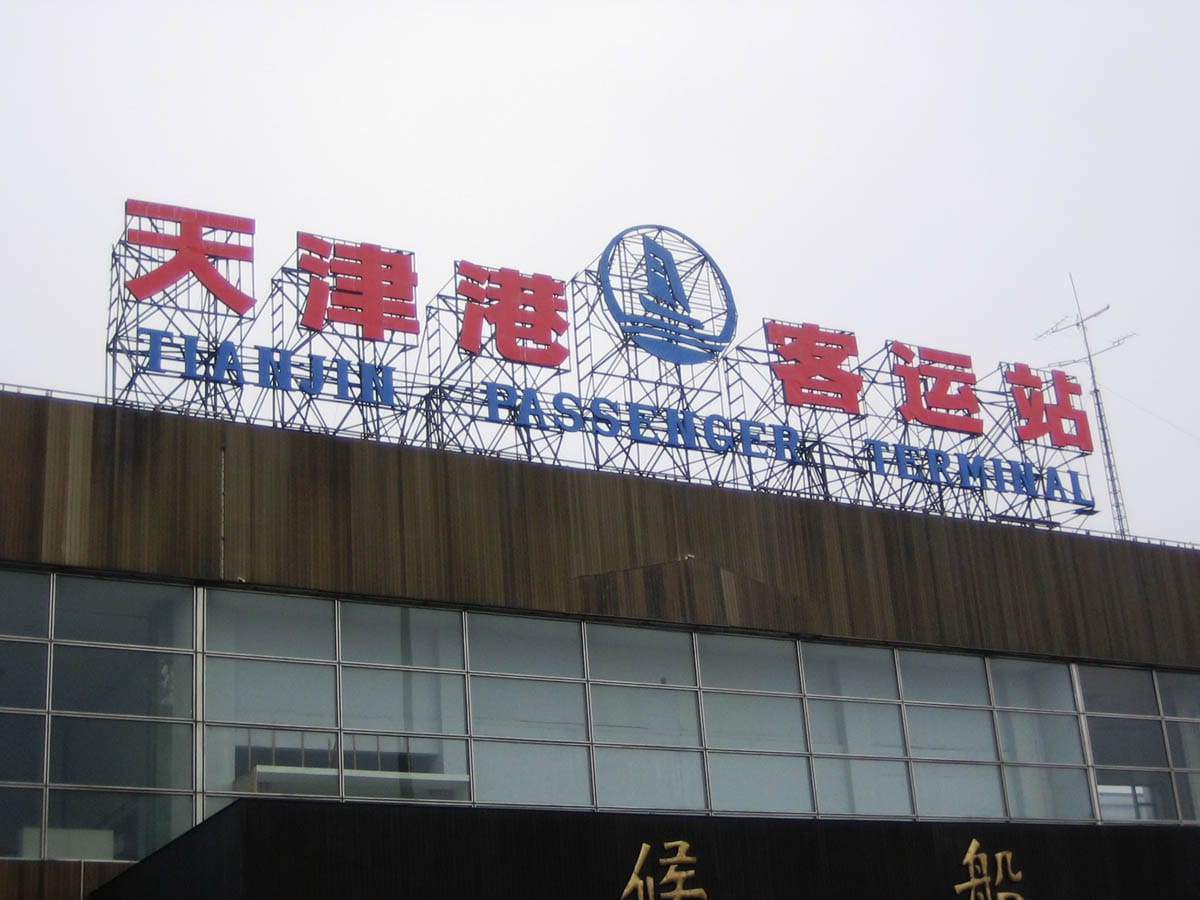 The ship port is named Xingang (新港), which is about 45 km east to downtown Tianjin. A single train ride from Tanggu Station (about 15 minutes from the sea port) to Beijing South Station takes just under an hour.

Tianjin Railway Station is the largest station in the city. Bullet train to Beijing South train station. One-way tickets are ¥55 for Economy, ¥66 for Business, or ¥94 for VIP. The bullet train designation is a ‘C’ and takes about 33 minutes, travelling up to 300 km/h. Tianjin West, within the urban area serve bullet trains to Shanghai.