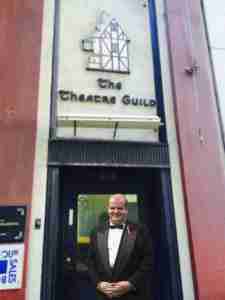 If Walls Could Talk

My New York office was located in a 10 story office building designed by architect George F. Pelham and built in 1923 in the heart of NYC’s Times Square at 226 West 47th Street.  I rented about 6,000 sq ft over 2 floors for my companies in this iconic and theatrically historical building.  My office desk on the 8th floor was towards the rear of the building, and was the exact same position as that of Lawrence Langner, head of the Theatre Guild.

My office on one side was adjacent to the TKTS booth, and overlooked The Palace Theatre (in my final year of tenancy, the W Hotel was built, blocking my view).  My office looked down at the rooftop of the adjacent Lunt-Fontanne Theatre, and 15 second walk on my street was the Brooks Atkinson Theatre (now the Lena Horne Theatre), the Ethel Barrymore Theatre and the Biltmore Theatre (now the Samuel J. Friedman Theatre).

Established in New York City in 1919 as an independent theatrical production company, the Theatre Guild contributed significantly to American musical theatre by producing George Gershwin and DuBose Heyward’s Porgy and Bess and by bringing Richard Rodgers and Oscar Hammerstein II for a whole new era of Broadway musicals with as Oklahoma! and Carousel, and contributed greatly to the success of Broadway from the 1920s throughout the 1970s, producing a total of 228 plays on Broadway, including 18 by George Bernard Shaw and 7 by Eugene O’Neill, including world premieres. Other major playwrights introduced include Sidney Howard, William Saroyan, Maxwell Anderson, and Robert Sherwood — all Pulitzer Prize winners.

In the field of musical theatre, the Guild has promoted works by Richard Rodgers, teamed with both Lorenz Hart and Oscar Hammerstein II, George and Ira Gershwin, Jule Styne, and Meredith Willson, all of which have become classics. Under President John F. Kennedy, the Guild was engaged to assemble a U.S. theatre company headed by Helen Hayes, to tour the capitals of Europe and South America with works by Tennessee Williams, Thornton Wilder, and William Gibson. 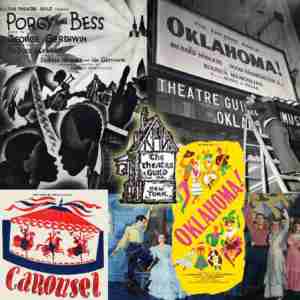 Some other productions include The Adding Machine; Amphitryon; Androcles And The Lion; The Apple Cart; Arms And The Man; Back To Methuselah; Biography; Both Your Houses; The Brothers Karamazov; Caesar And Cleopatra; Call It A Day; Caprice; The Devil’s Disciple; The Doctor’s Dilemma; Elizabeth The Queen; Escape Me Never; Fata Morgana; FDR; Foolish Notion; The Garrick Gaieties; Green Grow The Lilacs; The Guardsman; He Who Gets Slapped; Hotel Universe; Idiot’s Delight; Jacobowsky And The Colonel; John Ferguson; The Lady’s Not For Burning; Liliom; Major Barbara; A Majority Of One; Marco Millions; Mary Of Scotland; The Millionairiess; Mr. Pim Passes By; O Mistress Mine; Peer Gynt; Picnic; The Pirate; Pygmalion; R. U. R.; Reunion In Vienna; The Second Man; The Silver Cord; The Silver Whistle; Strange Interlude; Sunrise At Campobello; There Shall Be No Night; They Knew What They Wanted; Tunnel Of Love; Without Love; Dear Me, The Sky Is Falling; The Homecoming

The last Broadway play produced by the Theatre Guild was State Fair in 1996.

Many distinguished actors appeared in Theatre Guild productions, including Helen Hayes in Caesar and Cleopatra and Alla Nazimova in Mourning Becomes Electra. Alfred Lunt and Lynn Fontanne, golden couple of the Broadway stage, were individually among the most popular and highest paid actors of their day, they a contract with Theatre Guild as a team in Ferenc Molnár’s Guardsman and went on to act together in many other notable Theatre Guild productions, such as Arms and the Man and The Taming of the Shrew. 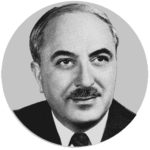 Initially administered by a board of managers, the Theatre Guild was for the greater part of its history co-directed by Lawrence Langner and Theresa Helburn, with Langner’s wife, Armina Marshall Langner, and son, Philip Langner, serving in several administrative roles.

During my time in the Theatre Guild offices and building, other tenants included:

Early in my tenancy, I was lucky to share office with Cy Coleman, whose career stories were sensational, motivational, and inspiring. Cy was the composer of so many legendary shows such as Sweet Charity, Wildcat, Little Me, On The Twentieth Century, Barnum, The Will Rogers Follies, City Of Angels and The Life, which I worked on marketing.

Next door was the Cafe Edison within the Edison Hotel (228 W 47th St) referred to as the ‘Polish Tea Room’, after the more famous Russian Tea Room next to Carnegie Hall, in part due to its opulence since the diner space used to be the Edison Ballroom, and in part due to its cuisine, a mix of Eastern European dishes and diner staples.

As the only unpretentious, inexpensive, non-chain restaurant in Times Square to escape the tourists, it was the preferred choice of Broadway producers, actors, playwrights, dealmakers and stars who loved to have our cheap lunch meetings there, typically chowed down on borscht, beef brisket, matzo ball soup and blintzes for less than $15. Any day, you would see the who’s who of Broadway, and often could tell which deals were percolating, based on who their lunch companion was. Careers were launched here. Indeed, we had a roped off VIP section at the front window for regulars.

The 9th floor of this historic hotel was home to George Burns and Gracie Allen after the marriage in 1927; their friend Jack Benny also lived here, on the 4th floor. Moss Hart lived in a tower apartment in 1931 after his Once in a Lifetime was a Broadway hit. The hotel is featured in the movies “The Godfather” and “Bullets Over Broadway”.

My own building doorman, after many years seeing me daily, apparently always thought I was Brian Dennehy, and wished me good luck on the Death of a Salesman opening night as I headed to the opening in my tuxedo.

On the Block Where I Lived

within a 15 second walk on my street…

Every Broadway theatre was within a 5 minute walk. 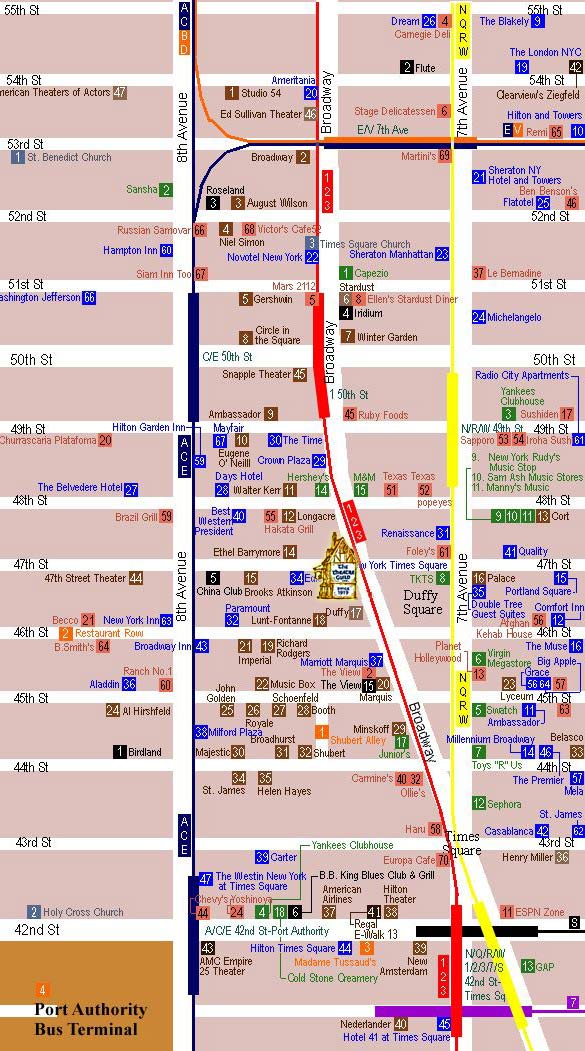