For better or worse, I was inadvertently involved in changing the face and fabric of LGBT history in Queensland, Australia, at a time when it was illegal to be gay while police and government were desperate to squash us.

An iconic Brisbane gay bar, within the Brisbane Fortitude Valley club space, Cockatoo Club at the time was owned by Tony Bellino where Vic, having met me at the Sheraton, hired me to work initially as his ‘eyes and ears’ bartender.

Tony found that his Cockatoo Club licensor/manager, Michael, in outward appearances was a nice guy, but had a history of insurance scams, and now had his hand deep in the till to pay his drug habit. Tony sold the Cockatoo Club to his brother Geraldo (Gerry/Geri) and Vittorio (Vic) Conte, in summer 1983 and Vic elevated me to bar manager.

In August, Vic and Gerry engaged a new co-manager, a “money collector” named Jerry James they had used to run around some of their various enterprises collecting their cash, to work alongside Michael initially managing all the money. This continued, for a month or two before Michael disappeared overnight into the ether. Vic’s wife Jan, joined as bookkeeper.

A short while later, it was revealed by Vic’s ex-wife, Jan, that Jerry also apparently had both hands deep in the bags of cash before it reached Gerry and Vic. Jerry also disappeared into the ether, quickly. At which time Vic and Gerry wanted a “clean” start with a fresh new young general manager. 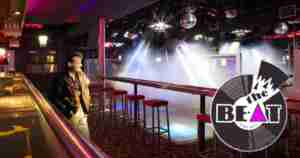 With fresh clean hands (and no criminal record for the license), I was elevated to the top job overnight. Vic’s ex-wife, Jan became my new bar manager to manage the cash during the week. I loved having this pressure off me.

My principal focus was to rebrand the club, with a new business license, establish and operate the new expanded space using a restaurant license to continue to allow us to sell alcohol, and make money in form of cash, and lots of it.

With Vic and Gerry’s blessing (and budget), I developed an extremely theatrical nightclub space, that over the years grew and physically expanded to be the infamous super mega-club.

Historical perspective of an insane time

At the time in the 80’s, the general media would glorify women as objects of desire, including full page color spreads of bikini girls in major papers.  ‘Meter Maids’ wearing only only bikinis would be hired to walk the streets and put coins in peoples parking meters to avoid tickets.  Pubs had separate rooms and entrances for women.  Society was seemingly, weirdly, segregated — the “blokes” who did the hard yakka (work) and their “sheilas” who would service their blokes.  It was all a little like parts of the middle east today.

Australian culture evolved quickly out of this, but Queensland (& Tasmania) were behind the rest of the country.

Queensland derived its criminal law from the UK including the prohibition of “buggery” and “gross indecency” between males. While other states in Australia fixed their anti-gay laws in the 1970’s/1980’s, Queensland was ruled by the conservative ‘National Party’ led by Premier Sir Joh Bjelke-Petersen. His government actively used homophobia for electoral advantage, linking all gay men to pedophilia & asserting all gay men are morally deviant.

Anti-gay laws were intensely enforced by Queensland police throughout the 1980s, (lesbian activity was always legal). At this time, government policy was very hostile – at the height of The Beat‘s success, in 1985, the government passed an amendment to the Liquor Act making it an offense to serve alcohol or to allow to remain on licensed premises any “deviants, sexual perverts or child molesters” (with interpretation of this definition to be up to the individual police officer).

Indeed, some police would come to The Beat for “poofta hunts” [‘poofta’ being Aussie derogatory slang for gay] and turned a blind eye to “poofta bashings” – a common problem in Brisbane at the time – particularly in our back alley. Some police detectives, out of uniform, would return to The Beat later in the night to drink, snort cocaine, drop acid, pick up a ‘cuddle bunny’ for the night and have fun. It was a weird experience.

The Bjelke-Petersen Government intended that the new licensing law be used to refuse service to gay men — and centered it on the 2 major gay venues in Brisbane — the Terminus and The Beat.

Police raids intensified. Our payoffs with cash envelopes, cases of liquor and slabs of beer to local police, including the vice squad, softened the blow, but occasionally we had to be ‘seen to lose’ — so we would negotiate a Monday or Tuesday evening for a future raid, and ensure the club was had a smattering of lesbians and straight looking people that night.

It became a game of “us” vs “them” — the “them” being the police, the politicians, the poofta bashers and often, our own families.

When police raids were impending, typically our doorman would see a bevvy of unmarked police cars pulling up on the main street, sometimes with a paddy wagon in convoy (a utility vehicle with a human cage in the back to contain people getting a free ride to the local jail), our doorman would flash the overhead lights from switches installed at the door, signaling to all customers that a raid was about to occur.

This stupid game helped however, helped solidify a gay Brisbane community united in just wanting acceptance. The more the government and police pushed us, the more brazen we would become.

The Queensland National Party alerted voters to a looming homosexual invasion. As the dying government flailed in search of a lifeline, they latched onto homosexuality as a lifebuoy. Queensland National Party politicians such as Geoff Muntz and Ian Sinclair made their anti-gay views very vocal, with Sinclair claiming that the Labor Party’s failure to condemn homosexuality was helping to spread HIV. Then Welfare Services Minister Geoff Muntz said, “homosexuals indulge in a deviant lifestyle” and did not think gay people should be allowed in public swimming pools. “You’ll never hear of a gay mardi gras or gay swimming carnival in Queensland.” Muntz said at the time.

Fear of HIV and AIDS were at their height in the 1980s, the Bjelke-Petersen Government used this fear to increase homophobic sentiment and demonize gay people further. Rumors spread you could catch the homosexual only HIV/AIDS by drinking from same glassware or even being near a poofta.

It was a rather ridiculous to-and-fro war played out on the streets of the Fortitude Valley, with larger and larger payoffs to corrupt greedier and greedier police officials and politicians.

The Fitzgerald Inquiry (a judicial inquiry led by Queens Counsel Tony Fitzgerald) was commissioned in May 1987 by the Deputy Premier Bill Gunn (while ‘old Joh’ Bjelke-Petersen went to Disneyland), to investigate corruption, bribery and misconduct in the Queensland Police force, and the entire system of government. One of its recommendations was that a newly established Criminal Justice Commission review the laws governing consensual sexual behavior, including gay activity.

This proposal became core focus in the 1989 election. The National Party which was heavily implicated in corruption by the Fitzgerald Inquiry, tried to solidify conservative support using his party’s opposition to the legalization of gay conduct claiming that his party’s corruption was a “secondary issue” to moral issues like homosexuality.

It also led to the end of the National Party of Australia’s 32-year run as the governing political party in Queensland.

Shortly before his defeat, Premier of Queensland, Russell Cooper (and Police Minister) of the National Party said, a Labor victory would, “open the floodgates and see a sea of sodomites flooding into Queensland.”

The new Labor Government buoyed by a landslide victory swiftly implemented changes in the Criminal Code which repealed the anti-homosexuality laws on 19 January 1991.

In 1991, Gerry Bellino and Vic Conte were charged with tax-avoidance offences. Gerry Bellino, a friend of Jack Herbert (the bagman collecting bribes for police commissioner Terry Lewis), was jailed in 1991 for 7 years after The Fitzgerald Inquiry for paying bribes of $17,000 a month to police as part of the ‘The Joke’ scheme. He was released in 1999. Vic Conte was also jailed in the aftermath.

With the departure of Gerry & Vic, John Hannay acquired The Beat and his family have operated it since.

The Beat is still in operation today, indeed it’s the longest running club with the same name in Australian history, and in its own way, is a landmark in LGBT Queensland history.

Today, Australia is one of the most gay-friendly countries in the world.

Memories of The Beat from the ’80’s

Extract from a farewell gift book the staff put together for me when I left for the USA.  Baby was our lead DJ — my favorite song at the time of “Ce La Vie” was permanently retired from the club on my departure. 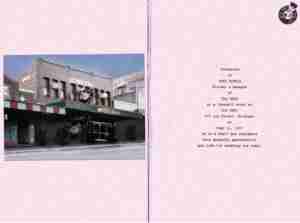 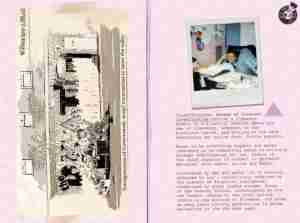 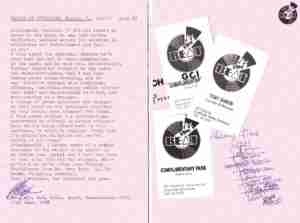 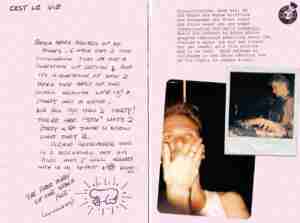 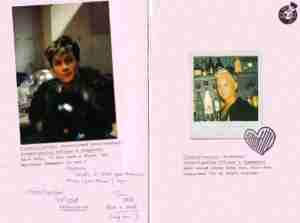 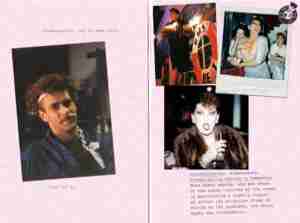 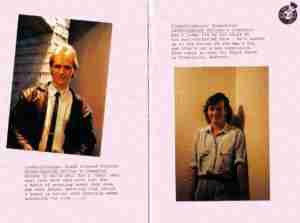 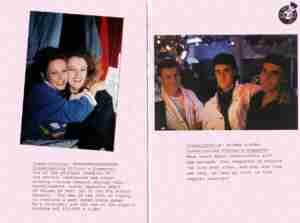 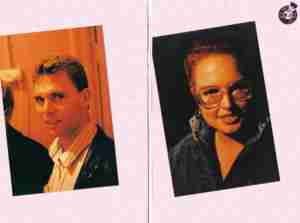 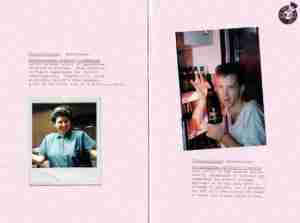 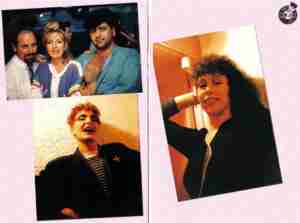 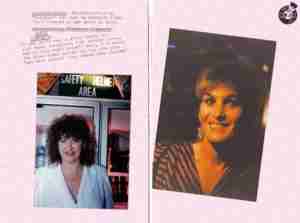 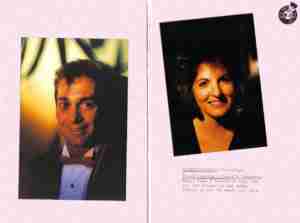 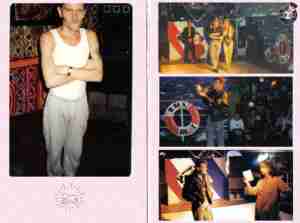 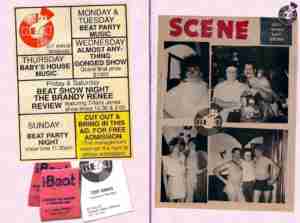 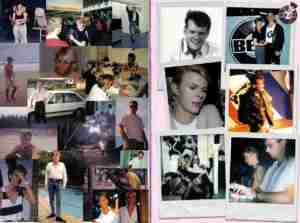 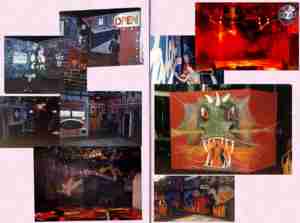 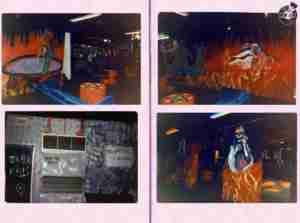 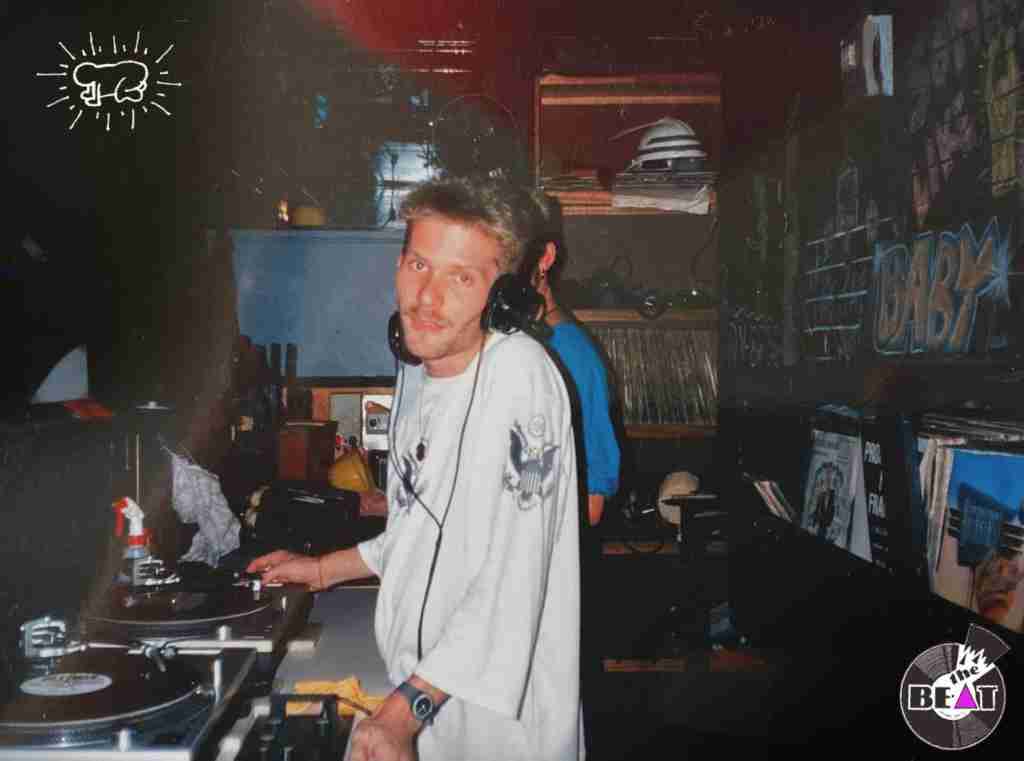