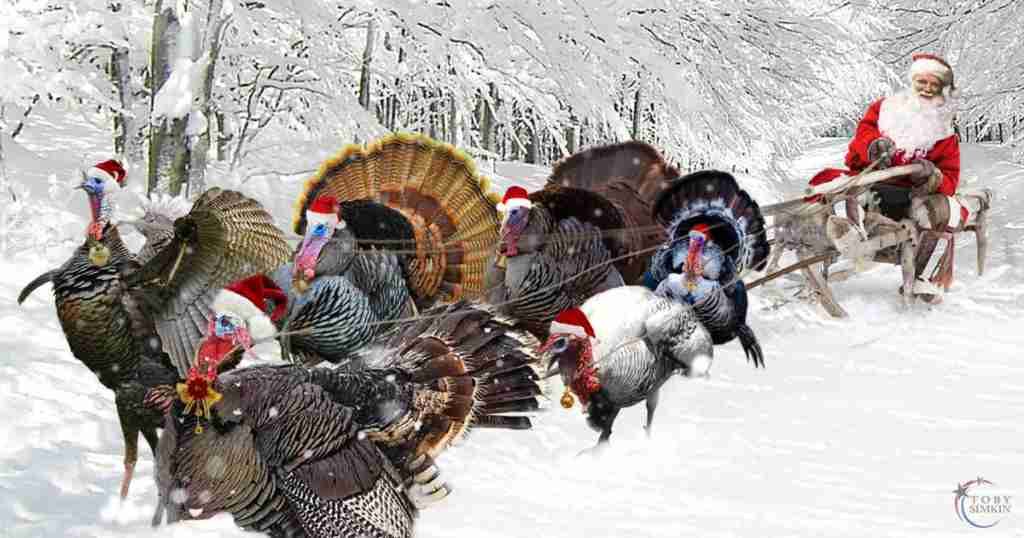 The tradition of Thanksgiving is based on the famous harvest feast between the Plymouth Colony settlers and the Wampanoag Indians in 1621 in Plymouth, Massachusetts. The holiday continues to be a day for Americans to gather for a day of feasting, football and family.

In 1621, the colony’s governor, William Bradford, sent four men on a “fowling” mission in preparation for the feast in Plymouth.   He remarked of the fall harvest that year that: “there was great store of wild turkeys, of which they took many, besides venison, etc.”  Wild turkey was plentiful in the region and a common food source for both English settlers and Native Americans.

For nearly 100 years, farmers would gift the president with some turkey over the holiday, which the first family would invariably eat. In 1963, President John F. Kennedy was the first president to spare a turkey’s life “We’ll just let this one grow, it’s our Thanksgiving present to him”.  The annual White House tradition of “pardoning” a turkey officially started with George H.W. Bush in 1989.

To celebrate the expansion of its Herald Square superstore, Macy’s announced its very first “Big Christmas Parade” two weeks before Thanksgiving in 1924, promising “magnificent floats, bands and an animal circus.” A huge success, Macy’s trimmed the parade route from six miles to two miles and signed a TV contract with NBC to broadcast the now famous Macy’s Thanksgiving Day Parade.

It was Philadelphia’s Gimbel Brothers Department Store, which first staged a Thanksgiving procession in 1920 with 50 people, 15 cars and a fireman dressed as Santa Claus who ushered in the Christmas shopping season.

Why does Canada celebrate on a different date?

While US Thanksgiving is celebrated on the fourth Thursday of November every year, in Canada they celebrate Thanksgiving in a less commercial and more subdued way on the second Monday of October. This is because the Canadian Thanksgiving is closely linked to the harvest festival.

The first national Thanksgiving in Canada was celebrated in the Province of Canada in 1859, although the the earliest recorded Canadian Thanksgiving celebration dates back to 1578, after explorer Martin Frobisher’s third voyage to Canada. After losing one of his ships along the way, he apparently had a big celebration to give thanks for this safe passage when he landed in Nunavut.