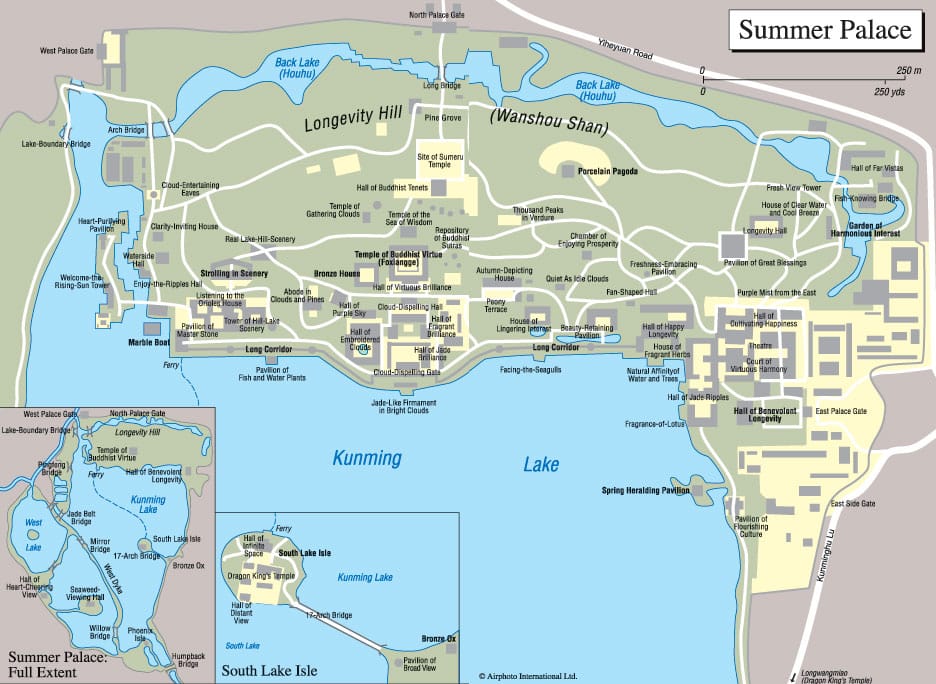 Located 15 km northwest of Beijing, The Summer Palace (頤和園 Yiheyuan) is the largest and most well-preserved royal park in China Construction started in 1750 as a luxurious royal garden for royal families to rest and entertain. It later became the main residence of royal members in the end of the Qing Dynasty.

According to historical documents, with original name as ‘Qingyi Garden‘ (Garden of Clear Ripples), the Summer Palace could not elude the rampages of the Anglo-French Allied Force and was destroyed by fire. It was renamed after its first reconstruction in 1888. It was also recorded that Empress Dowager Cixi embezzled navy funds to reconstruct it as a resort in which to spend the rest of her life. In 1900, the Summer Palace suffered another hit by the Eight-Power Allied Force and was repaired in the next 2 years. In 1924, it was open to the public. In 1988 it became a UNESCO World Heritage Site.

Entrance Fee between ~ RMB 20 and 30 depending on season (Seniors over 70 half price), with additional fees for major internal towers, halls and garden. Need about 3 to 4 hours to explore. Closes round 5 or 6 pm.