Sadly gone, but not forgotten

A 611-seat proscenium theatre, The SGIO Theatre, Turbot Street, Brisbane opened in 1969 costing $1,750,000, before the SGIO Tower was finished, and majestically hosted shows through the ’80’s.  Resident home of The Queensland Theatre Company, and host to many other companies.

The Queensland Government purchased the site, and the design of the State Government Insurance Office (SGIO) building was the result of an internal competition held by Conrad and Gargett in 1967. This competition was won by Keith Frost, who designed a stark 28 story high concrete building with a steel frame, modeled after the PanAm building in New York.  The most important feature of Frost’s design was the rotation of the building in relation to the city grid. This led to a north-south orientation to optimize internal sun control.

The building’s rotation however necessitated the acquisition of the adjacent plot from the Methodist Church, which was occupied by the Albert Hall on Albert Street, which was subsequently demolished to create a spacious forecourt with lavish water features. As compensation, the SGIO incorporated a 611 seat (medium size) theatre in its design, with input from several of the Brisbane theatre companies, along Turbot Street, which became the resident home of the Queensland Theatre Company.  [Facebook]

The SGIO Theatre official opening was on Tuesday 27th May 1969.

The first Queensland Theatre Company production at the theatre was Peter Shaffer’s THE ROYAL HUNT OF THE SUN [Facebook] which opened on 1 October 1969.

Although the state government did not own or operate a major performing arts venue, other than the SGIO Theatre, the sale of Her Majesty’s Theatre in 1973 was cause for grave concern about the future of the performing arts in Brisbane. The building had been the main venue for opera, ballet and dramatic performances since 1888. The new owners, the AMP Society, intended to demolish the building and redevelop the site.

In April 1974, then Premier Joh Bjelke-Petersen, announced that ‘Brisbane may get an Arts Centre‘ with a concert hall and facilities for live theatre, ballet and other performing arts based on his Minister for Education and Cultural Activities (Alan Fletcher), proposal for the acquisition of a site for a performing arts centre at South Brisbane.

Her Majesty’s Theatre was finally demolished in 1983 and the Hilton Hotel and Wintergarden Shopping Centre built on the site. The Theatre Royal was demolished 1987.

The SGIO Theatre was renamed the Suncorp Theatre in 1986

The government owned the Suncorp Theatre and Twelfth Night theatres and following the success of the Commonwealth Games and World Expo 88 in Brisbane, plans now proceeded on the development of the Queensland Performing Arts Centre (QPAC) at South Bank.

The Suncorp Theatre closed in June 1998 when The Queensland Theatre Company relocated.   The Amalgamated Property Group took ownership of the theatre building.  A 35th anniversary commemoration of the theatre in 2004 for the Brisbane Festival led to it being re-opened for three productions in that year.

Sadly the Suncorp Theatre (or as I like to remember it, the SGIO Theatre) was approved for demolition under Labor Party Premier’s Peter Beattie, and demolished in July 2007 during the transition of Peter Beattie to Anna Bligh.

in 2009, the Amalgamated Property Group commissioned artists Matt Tobin and Belinda Smith to create an artwork to celebrate the emergence of The Queensland Theatre Company and its audiences who visited the SGIO Theatre.  It was unveiled in 2009 on the exterior facade of Turbot Street adjacent to the SGIO Theatre.

Search historical shows at the SGIO 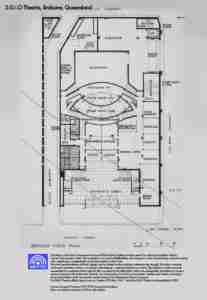 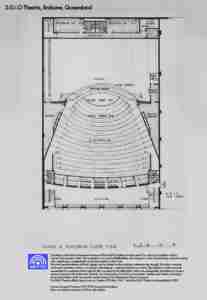 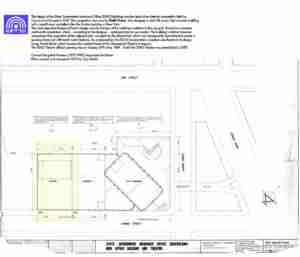 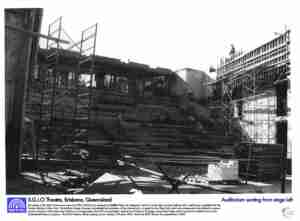 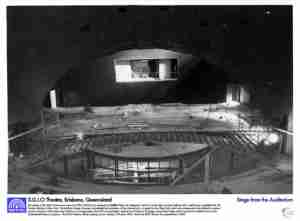 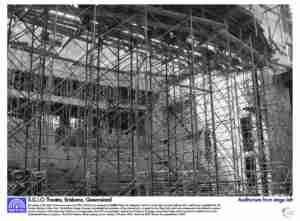 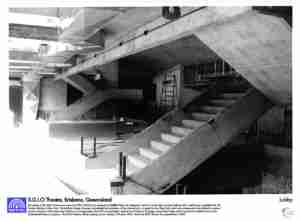 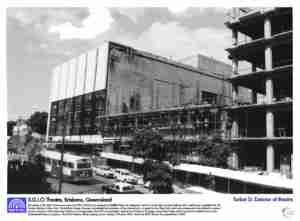 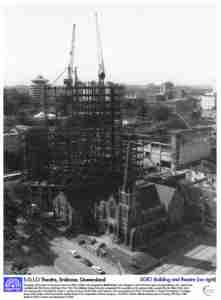 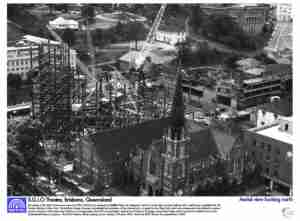 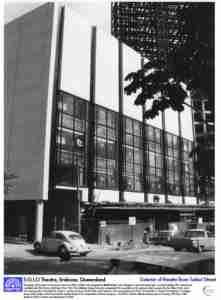 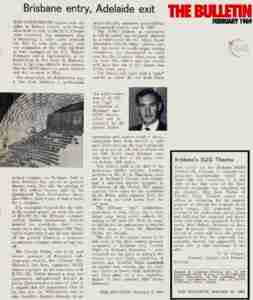 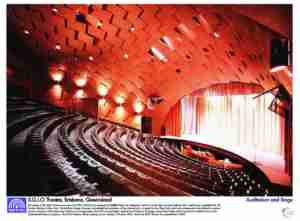 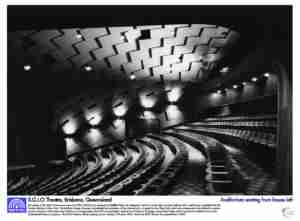 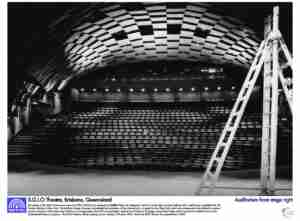 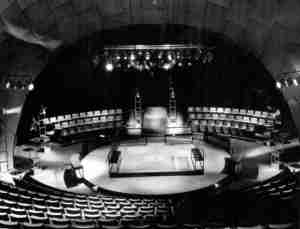 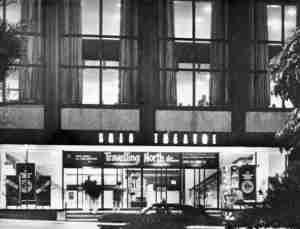 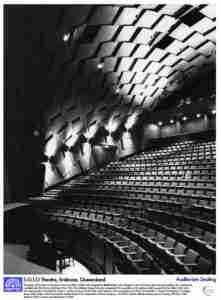 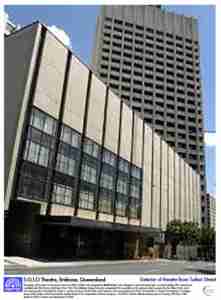 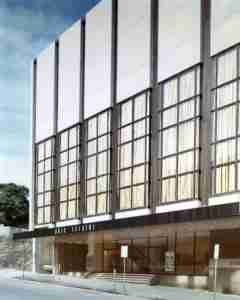 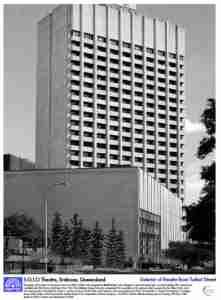 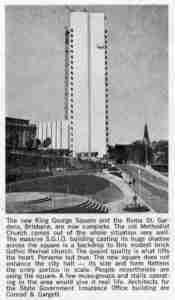 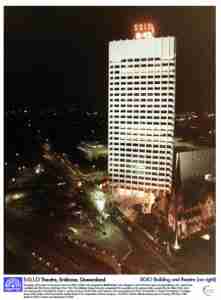 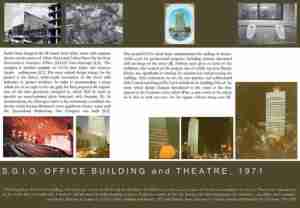 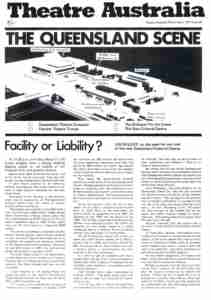 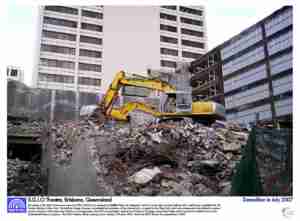 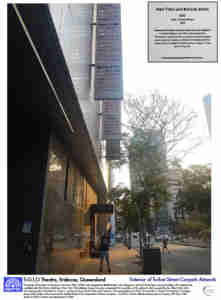 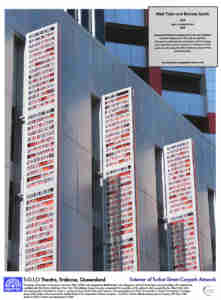 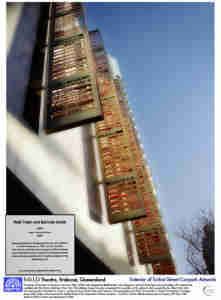