My 4 Stages of life: 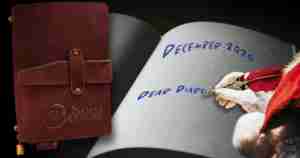 This year, despite major events, I’ve undertaken to give my friends an unedited, no holds barred glimpse into my crazy month ahead of joy, exploits, travails and antics, as I prepare for my big night.

Be warned, it starts out badly, but of course has a happy ending.

To All a Good Night