Queensland’s The Puppet People was produced by mother and son team, Gwen and Peter Iliffe. 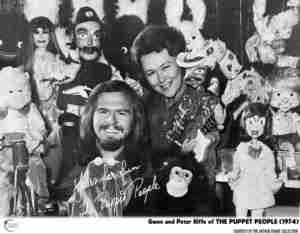 In 1972 Gwen and Peter bought the Rees Puppets and set out traveling extensively around Australia, performing their marionettes wherever and whenever they could find an audience. After meeting Beverley Nevin in 1974, The Puppet People were born.

They were a very self contained company and every member was able to turn their attention and talents to a wide variety of tasks. All the puppets, props, sets and, in fact, everything used in the production, presentation and promotion of their performances was built in their Brisbane workshops. Gwen and Peter Iliffe’s lives became totally absorbed in puppetry. On the rare occasions when they are not touring their constantly sought-after puppet shows throughout Australia and New Guinea, they were making new puppets, planning new shows, and researching new methods of presentation. Their love of their art was matched only by the love of children and adults for their shows. Their family of over 100 puppets, traveled in their especially equipped mobile home. “Happy children’s faces” Gwen says, “are our greatest reward“.

In 1976, their first black theatre production BEES HEY! ETC. was a smash hit in Brisbane and on its national tour on 1977. This was a black theatre concept set to Bizet’s music for CARMEN. The story of the life cycle of bees was portrayed by rod and glove puppets. The bees were going about their business of making honey which was interrupted, firstly by comedy in the form of raindrops from a floating black cloud, and secondly by the dramatic intrusion of a giant grasshopper or dragonfly. Theatrical effects using different types of puppets, some rod, were highlighted by changing lights. The Puppet People opened a revival of BEES HEY! ETC. on May 21, 1983 at their Twelfth Night Theatre.

The Puppet People were totally financially self sufficient and do not receive funding from any government body not necessarily by choice. 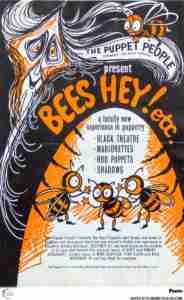 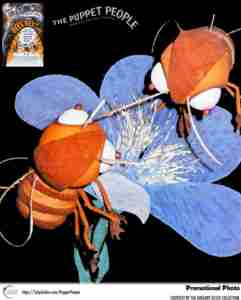 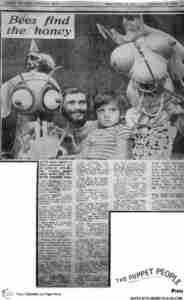 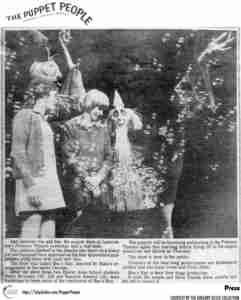 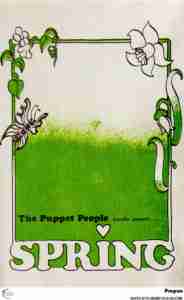 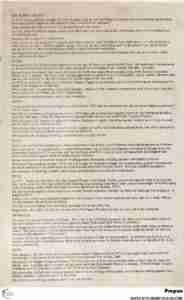 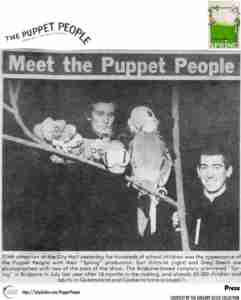 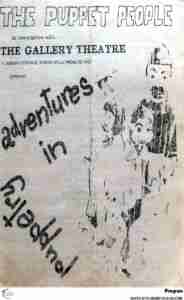 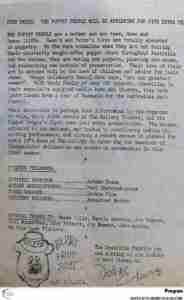 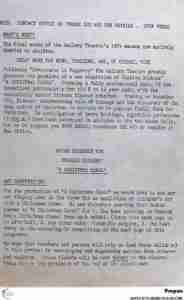 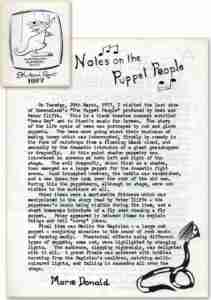 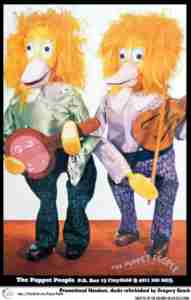 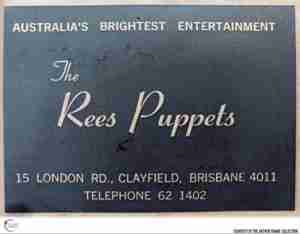 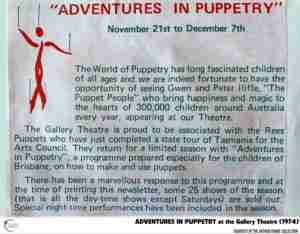