Pollution, rather than weather, is the far greater problem, particularly in Beijing, Shanghai and Xi’an.  China is home to 20 of the world’s 30 most polluted cities.  Only 1% of China’s 560 million urban residents breathe air that is deemed safe by European Union standards. 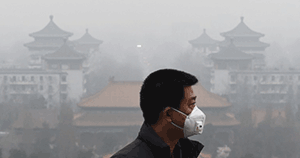 There are extensive monitoring apps for iPhone that provide daily warnings and advise based on US consulate monitoring station warnings (don’t trust all of the Chinese readings, they are usually 30-50% lower than international readings).

Most popular is “Air Matters” in the Chinese and US app stores. 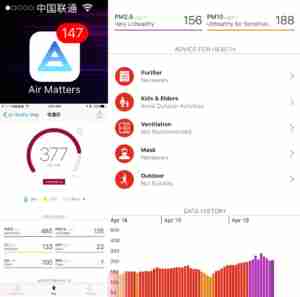 Use them, take their advice.

Prolonged pollution can be a significant health hazard, and at least, make your eyes water, your bones ache, and give you a general feeling of exhaustion.