When we were living in Washington DC (my Father was the Australian Defense Attache at the time) — we visited the the (then) top secret NORAD facility in the Cheyanne Mountains of Colorado (still in operation today).  I sat in the most powerful military commanders seat and held the phone to the President.  Thanks to the history preserved in my mothers detailed memoirs, flashback memories of long-ago events. 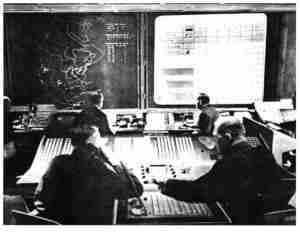 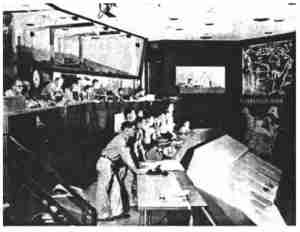 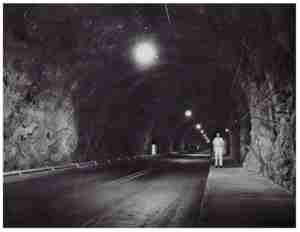 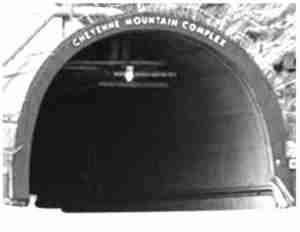 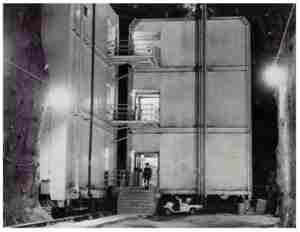 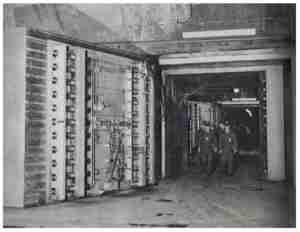 We arrived in Colorado Springs before lunch so we went straight to the Air Force Academy, which is built up against the mountains in a very pretty spot. The V.I.P. suite was excellent – probably the best V.I.P. quarters we’ve struck so far, I got to enjoy it alone for the day since General Lucius D. Clay, the outgoing Commander of the North American Aerospace Defense Command (NORAD) facility deep within the Cheyanne Mountains invited Max to observe a military exercise at NORAD called “Vigilant Overview”, Toby, as a minor, was given special permission to join him – I was not allowed in!

NORAD is a not-so-secret joint USA and Canadian military base and city built within the Cheyanne Mountain itself, guarding against long-range bombers to warning of intercontinental ballistic missile attacks (presumably the U.S.S.R.) and maintaining space surveillance.

Inside the master control room, on an elevated platform, Toby was invited to sit in the commanders chair, and was photographed by the USAF holding the hotline telephone to the President to his ear. The commander gave Max and Toby each a NORAD baseball cap, and Toby was given a USAF NORAD badge. They then did a tour of the facility which includes its own underground hospital, barber shop, supermarket, along with barracks and private quarters for staff. Additionally the complex is so far buried underground, they have their own water tanks, sewage plants, air supply, oxygen and electrical generators — the idea being that if a nuclear attack occurs, they can seal the mountain and continue operations for months underground.

I was most envious of Max and Toby getting to see this.