Nanjing (南京) aka Nanking, is the capital of Jiangsu province and a city with a prominent place in Chinese history and culture. It has served as the capital of China during several historical periods, and is listed as one of the Four Great Ancient Capitals of China. It has a rich history as a political center, as the capital of early regimes in the south and as the Southern Capital during the Ming dynasty, as well as the seat of the Nationalist Government in the 20th century. It is 2 1/2 hours west of Shanghai by express train. Nanjing is hot and humid in summer, considered one of China’s four “furnace cities.” Winters are cold, with frequent rain or drizzle and low visibility. 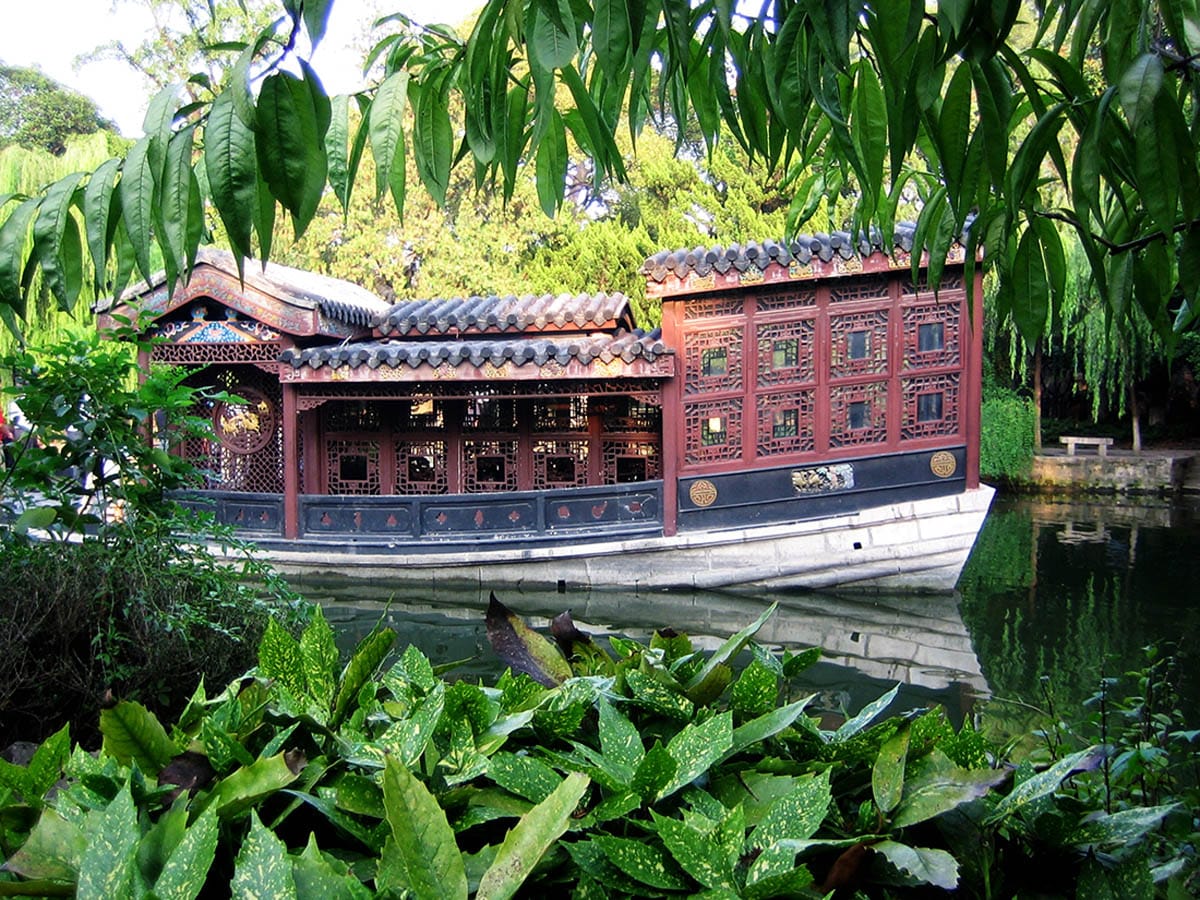 Nanjing has an extremely rich and complex history, going back some 5,000 years, documented by the discovery of several prehistoric, Shang and Zhou era sites. During the Warring States period there was a walled city. After the break up of the Han dynasty, Nanjing became the capital of a number of short-lived dynasties. At that time Nanjing was also a center for the propagation of Buddhism.  Nanjing was established as the capital of the Ming by its founder, Zhu Yuanzhang (the Hongwu Emperor). Hongwu repopulated the city with craftsmen and wealthy families from elsewhere in southeastern China, meanwhile deporting most of the resident population to far away Yunnan. He also undertook a massive building program, including an imperial palace and massive city walls, parts of which still stand. The city became an administrative center and the site of imperial examinations, as well as a manufacturing center.

The third Ming emperor, known by his reign title a the Yongle emperor, usurped the throne from his brother and moved the capital back to Beijing. Nanjing continued as a secondary capital.  When the Manchus invaded north China Nanjing held out briefly as a center of Ming resistance, but eventually fell.  With the overthrow of the Manchus in 1911 and the establishment of a Chinese Republic, Nanjing again became the national capital.

The often violent history of the city continued, however, as it was the site of mass executions of Communists by Chiang Kai-shek in 1927, and of the infamous “Nanjing Massacre” by Japanese forces who occupied the city in 1937, when some 300,000 residents of the city perished. After 1945 Nanjing again became the capital of the Kuomintang government. After peace talks between the Kuomintang and the Communists held there in 1947 broke down, Nanjing was captured by People’s Liberation Army in 1949.

Today it is an important industrial city for the automobile, electronics, and machine tool industries, petrochemical production and steel foundries, and aeronautical training. 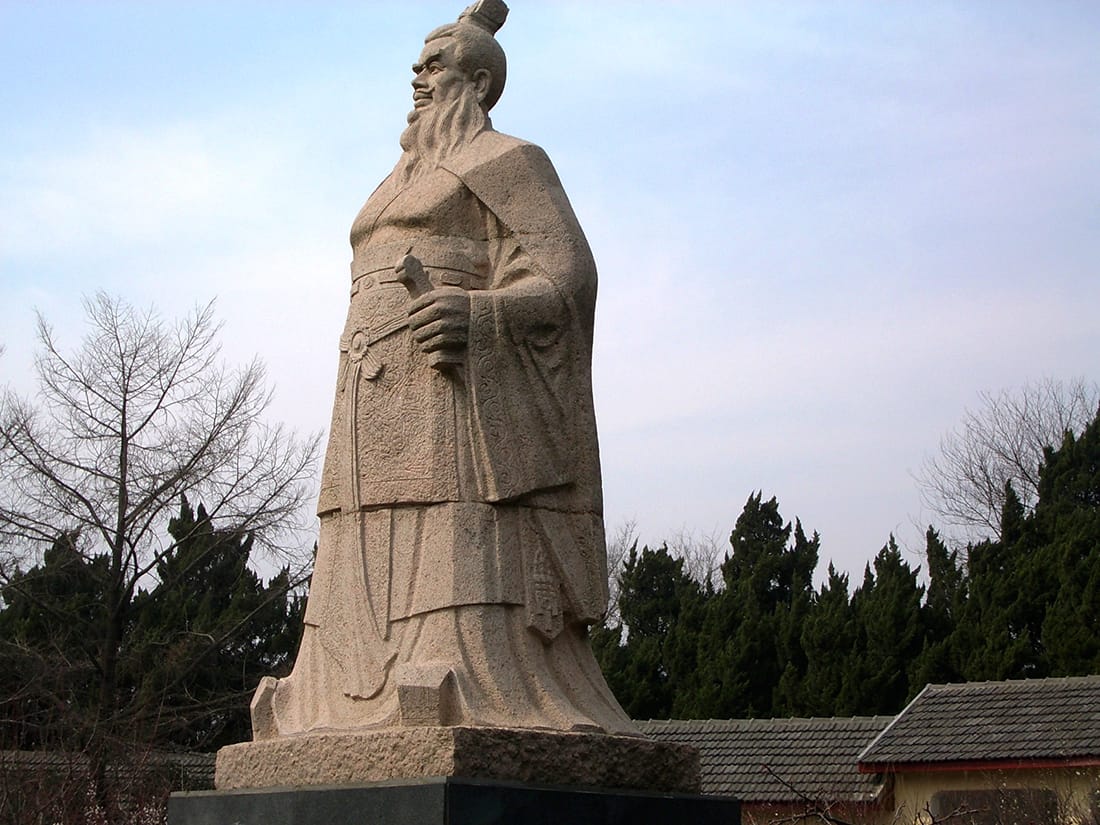 The area around the Confucius Temple in the south of the city has a lot of shopping, especially clothing and tourist items. It is a maze of tiny individual shops, and fun to explore even if you are not buying. If you are interesting in buying, haggling over prices is the name of the game here. If you are skilled in the art of bargaining you can easily get an asking price of RMB 380 reduced to RMB 80 without breaking a sweat. The streets outside the temple area provide more shopping opportunities, as does the underground mall. The entrance to this mall is sandwiched between two shops but the neon lights provide a clue. Opposite Confucius Temple there’s Aqua City Shopping Centre with retailers like H&M, Uniqlo, Zara, Mango and so on.

Xinjiekou (新街口) is Nanjing’s fashion district, the cosmopolitan, fast-paced heart of the city bathed in neon. It’s the closest thing Nanjing has to Tokyo or Times Square. All the major retail is centered on this area, which despite its complexity is only a couple of square blocks in size. There are giant department stores including Wal-Mart, Watsons, Suning, and “Fashion Lady” — a bewildering, subterranean complex of clothing boutiques and vendors that looks like a video game come to life. On the outskirts of Xinjiekou are some higher-end establishments selling everything from single-malt scotch to MINIs. The eight-floor Deji Plaza has a number of retailers such as Cartier, Louis Vuitton, Ermengildo Zegna, Coach, Guess, Versace, Vasque, Crocs, Toys R Us and so on. At DongFang Shopping Centre there’s Gucci, Fendi, Celine and so on. While you might be able to get away with haggling at the Fashion Lady don’t expect any in Deji Plaza.

Hunan Road (湖南路购物街) is a slightly more low-key version of Xinjiekou running between Xuanwu Lake and Zhongshanbei Lu – it has most of the same stores but adds a small pedestrian street running south from Hunan Road which is lined with pretty much every variety of restaurant imaginable.