Cruising to Australia on the Mariposa in 1976

Sailing aboard the SS Mariposa 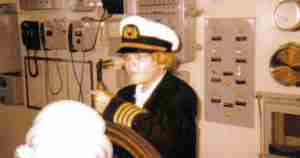 After 3 years living in Washington DC, and several weeks driving across the USA (and into Mexico), we arrived in San Francisco to board the SS Mariposa from the Golden Bear line, to sail home to Australia.  The Mariposa was a small ship, packed with millionaires.

The SS Mariposa left San Francisco with paper streamers breaking and sailed off to Hawaii, slowly winding its way throughout the South Pacific, New Zealand, Tasmania and finally Melbourne.   I was one of only 2 children aboard, so I was given the run of the Mariposa, and got to play doing crew fire drills, steering, painting, macrame, shuffleboard and performing.

I loved that experience, and this is when I fell in love with cruising.

Notes from my Mothers Memoirs 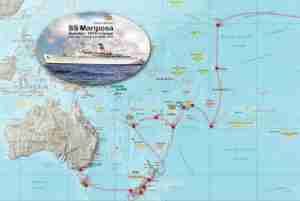 We were very lucky to be able to travel in this ship, as it was a special one for “Mariners”. These were passengers who had done so many cruises with the shipping line that they were given ranks, and the highest rank was “Grand Fleet Admiral”. We had a couple of these ladies on board and they had done more sea miles than the Captain! Most of the passengers were multi-millionaires. The “Mariners” on this voyage were given the opportunity to determine which ports the ship would visit, and it so happened that it was ideal for us. After much difficulty we were accepted as passengers!

There was only one other child on board, so Toby (and the other child) received VIP treatment, and got to play on the bridge a lot, including steering the ship and running a crew fire drill. He of course was delighted.

The ports were fascinating, and since it was a small ship where most of the passengers were elderly, many passengers stayed aboard, which gave us great opportunities to see local island life without crowds.

During the South Pacific trip we were entertained with an excellent production of “South Pacific” and Toby took the part of one of the children. “Bloody Mary” was well cast and was a woman from the islands.

We docked in Wellington and Helen, my friend who did the Caribbean cruise with me, came down from Auckland to spend the day with us. We then cruised to Christchurch, Dunedin and Milford Sound, which was quite magnificent.

Our ship then went on to Tasmania and in Hobart we caught up with some Australian army friends and spent a day at Port Arthur before arriving in Melbourne. It was a fabulous cruise.

Aboard the SS Mariposa 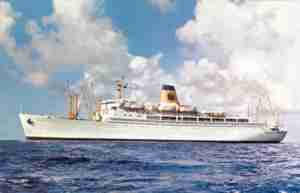 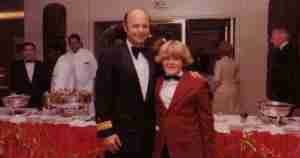 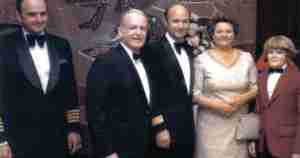 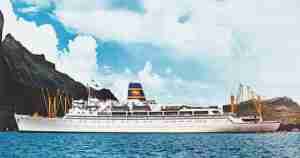 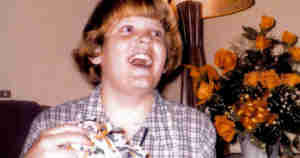 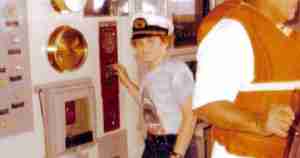 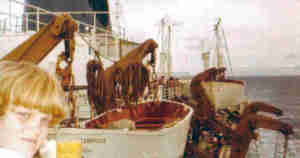 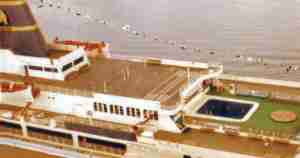 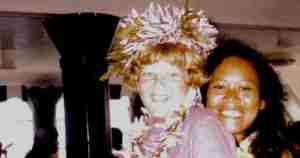 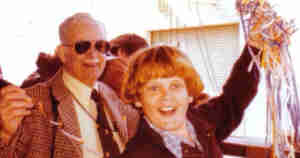 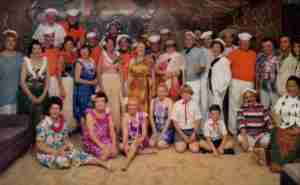 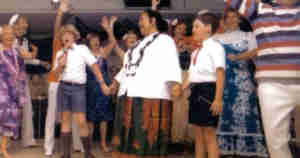 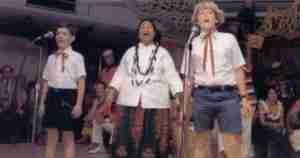 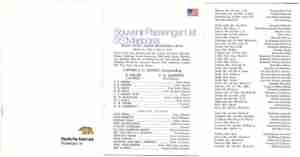 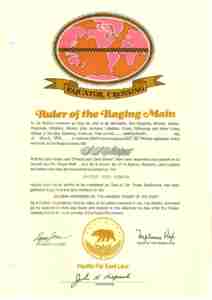 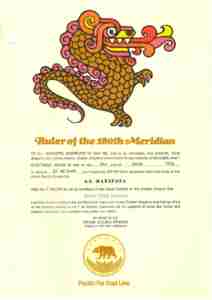 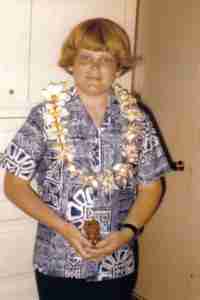