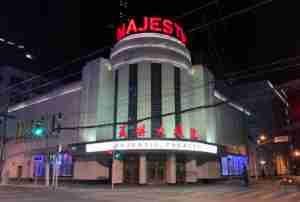 The Majestic Theatre (美琪大戏院), built in 1941 during World War II with US investment, on the corner of Gordon Road and McBain Road (today Jiangning Lu and Fengxian Lu), the venue became an iconic landmark of Shanghai and a main stage for visiting troupes and imported movies from the United States. It was one of the last cinemas of old Shanghai owned by the Asia Theatres Inc.

The Asia Theatres Inc. company was started by A. T. Holt (He Tingran 何挺然) and hired Robert Fan (Fan Wenzhao) who was among the first Chinese architects to study in the US, graduating from the University of Pennsylvania, to build a new cinema in the International Settlement. The Majestic reflects his style of lots of parallel lines and sweeping curves, outside and inside.

The name for the new theatre was based on the Majestic Hotel, which stood on that land since 1924. The Majestic Hotel was the largest event venue in 1920s Shanghai. The street to the east of the lot was even called Majestic Road.  Along with the Canidrome, the Majestic played an essential part of Shanghai entertainment history.

In early 1941 locals were anxious about the tightening Japanese control of the city, yet, on 15 October, 1941, the Majestic Theatre opened with 1,500 patrons watching the movie Moon Over Miami (1941). Almost immediately, the movie theatre was regularly full, as cinema became the preferred popular escape from real world troubles of the Japanese occupation.

After the war, the Majestic was used more often as a live theatre venue, and less as a cinema. In autumn 1945, Mei Lanfang played leading roles in a series of Peking operas.

The venue had a slight renovation in 1989 to improve its seating layout providing what was considered the most comfortable seating of all Shanghai theatre venues, with 1328 seats.

In 2004/2005 I was working with Nederlander on identifying potential theatres for a network.  I was staying at Ritz Carlton hotel (the hotel is locally called the “Portman” named after the architect that designed the hotel, because ‘Ritz-Carlton’ was too difficult to translate).  The spaces that I had previously been shown ranged from tiny 400 seats buckets to unworkable 1,000 seat opera halls,  I knew there had to be alternatives. I started with the Portman Hotel concierge who mapped out a few places and theatres to see.  I decided to walk around the area with assistant Wang Chao on my own initiative to see what may be available.

I literally did a cold call to walk up to the old Majestic theatre that was very close to the Portman.  I could not find a stage door so I went into the lobby and waited for somebody that could speak English to introduce myself and ask to meet the manager. The first person to come and talk to me was a young woman called Lan Lan from the administration office who spoke English. About 20 minutes into meeting with her she realized that I was legitimate she walked me over to the GM’s office to introduce me to Wang Jingbo — a burly man sitting behind a big desk smoking and drinking and clearly enjoying a lazy life of leisure.  He became a friend for many years.

The Majestic Theatre at this stage was a very run-down old-school art deco style venue that had not been swept clean, let alone had any maintenance or renovation done since it opened nearly 100 years ago. It reminded me of some of the older theaters on Broadway and from the size perspective it was very similar. But its location was great — right in the CBD of Shanghai and very close to where a huge number of foreigners live, play, work and shop. There was something about this theatre that I liked.

Seeing its potential, I initiated and provided a comprehensive assessment and recommendation for renovation and restoration with upgrades to make the venue a world class facility suitable for Broadway shows. My recommendations included fixing the exterior marquee, overhauling the audience chamber, installing efficient air conditioning, improving the seat comfort, cleaning up the lobby and a slew of stage/backstage improvements and equipment upgrades. This was repeated in 2006/2007 with the aid of a New York architecture firm who recommended additional upgrades to the lobby and VIP room enhancement.  At the time, my pleas fell on deaf ears and were seemingly disregarded, only to find a few years later, the majority of my recommendations were put in place…

A restoration over 5 years from 2010 of the building returned the theatre to its original design blueprint shape and look, including fixing up the original exterior marquee and red neon signage, overhauling the audience chamber by repainting to its original cream color, installing floor level air-conditioning and removing about 100 seats, and making them wider, to once again improve audience comfort.  Restoration in the lobby included repairing the stained glass and hanging a giant chandelier in the foyer (the original crystal chandelier failed to materialize according to the original plan after the ship carrying the item was sunk during the war).  The terrazzo flooring, which had been gradually replaced with marble, was also put back. Most importantly, it has improved the stage facilities and upgraded equipment to modern standards. The architect in charge of the restoration project was Zhang Ming, of the Department of Architecture of Tongji University. 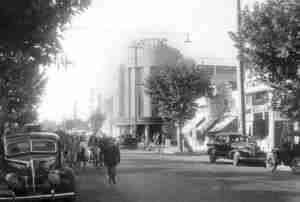 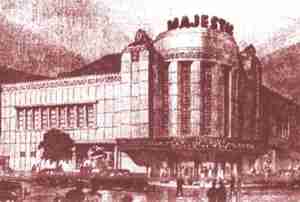 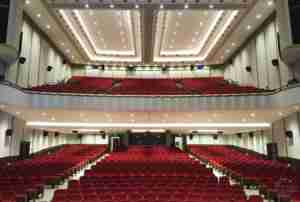 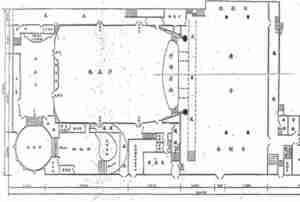 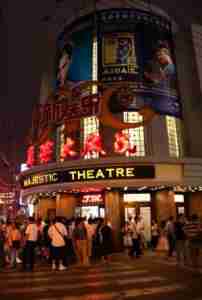 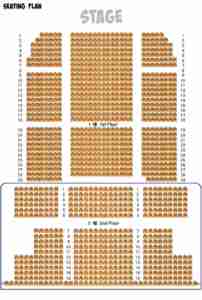 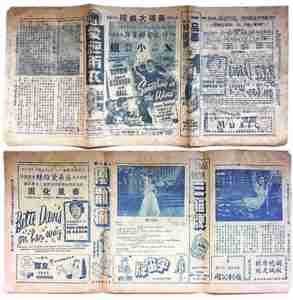 In 2008, I was Executive Producer, supervising and managing the 2008/2009 China tour of the Big League Productions of Elton John & Tim Rice’s AIDA presented by Nederlander at The Majestic Theatre.