Mac Setup: The Workstation of an Expat Theatrical Producer

Mac Setup: The Workstation of an Expat Theatrical Producer 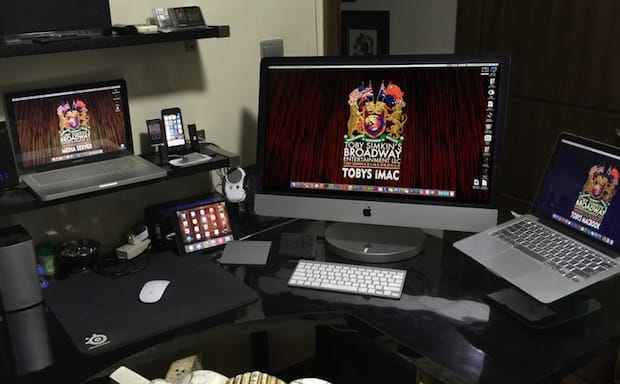 This week we’re featuring the great Apple setup of Theatrical Producer Toby S., who humorously shares some of the challenges faced by expats while working and living abroad in a nation filled with counterfeit gadgets and fake everything. But the Macs are all real, so let’s dive right in an learn a bit more in this amusing overview:

Tell us a bit about what you do, and how this setup came to be

Don’t kill me…  I was a manager at Microsoft in the early 1990’s. …rolling on 25 years….  and having spent 25 years as a theatrical producer (Broadway, West End and throughout Asia), I switched to Apple in entirety a couple of years ago, fed up with continuous updates, virus’s, driver issues and a general feeling of always fighting to keep PC’s networked and working together.   Started with a couple of MacBooks plus iPhone and iPad, and fell in love with Apple simplicity integrated hardware/software.

Since then, I created a 100% Apple solution that allows me to base myself remotely in Shanghai, China, (I travel a LOT), but stay in close touch with US and London and Australia via Internet with a flashed router with 24/7 VPN (to bypass/leap over the Great Firewall of China), and various Mac solutions to run my office and household.

Seems a little Apple overkill, so let me explain that living in China without access to English versions of nearly anything, and most everything fake, I tend to purchase Apple stuff overseas and bring it back to Shanghai, stocking up on replacement equipment.

What hardware makes up your Apple setup?

My home office in Shanghai consists primarily of the following: 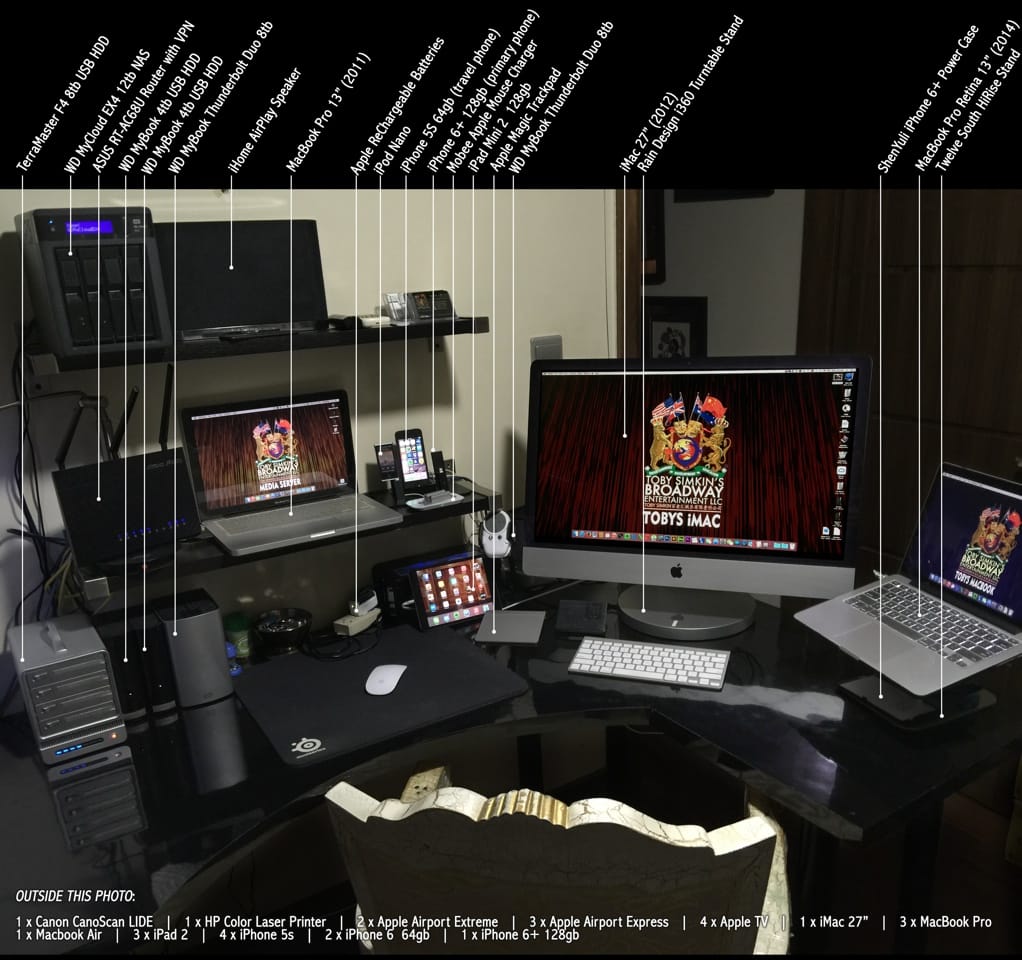 What apps and software do you use most often? Anything you can’t do without?

Evernote syncs between all devices and computers seamlessly and lists all taxi address in Chinese for all places any of us want to go to in most cities in China — a lifesaver for dealing with generally almost blind Chinese taxi drivers — showing them my iPhone with a bright Chinese address usually gets me where I want to go.   WeChat is used as my primary communications tool, messaging, moments, VOIP globally, video, photo sharing and file sending etc….

Recommendation for those lovers of IT considering a move to China….   Don’t.  It’s expensive and a daily challenge to work around, along with abhorrently slow everything….

With my current setup, I sometimes feel like I’m anywhere but in mainland China.  For me, its a place of solitude and productivity.