I wish my friends a delightfully fun, happy, healthy and prosperous Lunar New Year of the Pig and a spectacularly wonderful Spring Festival. 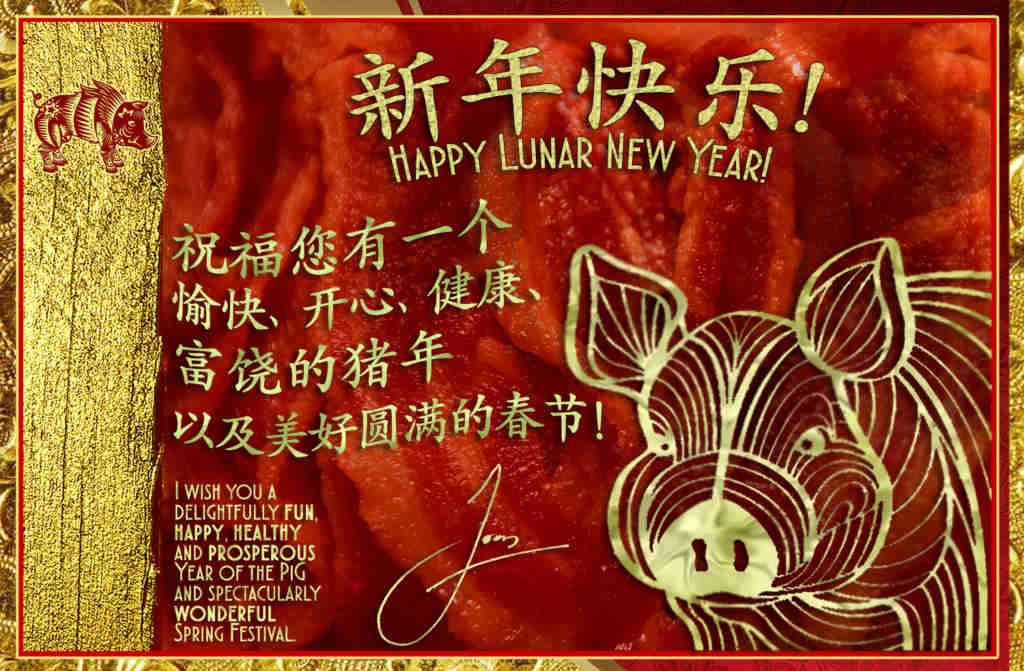 The Lunar New Year brings a list of superstitions, and introduces the new animal from the Chinese Zodiac.

China’s 40-day Spring Festival travel rush called “ChunYun” 2019 lasts from January 21 to March 1, with 2.99 billion trips expected to be made… 532,000 flights, 413 million train trips, 58 million by plane and 43 million by sea supported by 230,000 volunteers.   The total number of trip lengths is expected to reach 1.2 billion kilometers.  Chinese are expected to spend more than RMB 800 billion on eating and shopping and buy railway tickets online at a rate of more than 1,000 per second.   Millions of people working or studying out of their hometowns will be hurrying home to reunite with families for Spring Festival.  This long-held tradition is the main reason for the rush.  It is the largest annual human migration in the world.

The General Schedule of Spring Festival

About the Lunar New Year and Spring Festival

The Lunar New Year and accompanying Spring Festival  is the most important holiday of the Chinese people. It is celebrated with fireworks and Dragon dancing by two billion people all over the world, with the biggest festivities take place in China, Hong Kong, Macao, Taiwan, Singapore, Thailand, Indonesia and Malaysia.

The festivities start one day prior to New Year and continues until the Lantern Festival, on the 15th day of the new year, which is celebrated with songs, dances and a show of multicolored lanterns.

To celebrate the Spring Festival, over 800 million of Chinese return home, being involved in the phenomenon known as the Largest Migration of the modern world.

The Monster  (Dragon and Lion Dances) 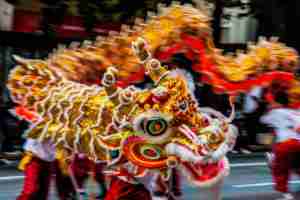 The dragon and lion have become symbols of Chinese culture, as they are believed to bring good luck. In ancient times, there was a monster named Nián (年). It usually lives at the bottom of the sea and comes up once a year to feast on animals and humans. On this day, the villagers would all escape into the mountains.  Nian is a horned beast, a mix between a dragon and a kirin. One year, a beggar came to seek shelter, but everyone was hurrying away. Only an old woman took him in and he promised to