A local gay bar at the virtual epicenter of the Gayborhood with a turbulent history, initially starting out in around 2007 as “Transit Lounge” by a local gay Chinese entrepreneur and his foreign boyfriend/investor — moving Transit Lounge from the XingGuo Mansion to this location at twice the size of the current iteration.  Changed hands to the Japanese bartender at the time taking control in about 2008, business then slowly subsided, before being taken over again and re-branded as “Lollipop” and cutting the size in half.  This iteration by poor misguided management and staff quickly established itself with a bad reputation in the gay expat community, and business died a death.

Taken over again in about 2017/2018, but this time, quietly regaining its position growing back to friendly gay space, largely due to its new Chinese owner who is virtually fluent in English, and is uber social with all expats from all corners of the earth.   Indeed, his bilingual fluency and respect for foreign customers catapults his bar ahead of the majority of others.

Today, Lollipop is a preferred spot for in-the-know Chinese & local expats seeking an alternative to the general craziness of the Shanghai gay scene.  Customers are generally a good mix of ethnicity, age, size, language and friendly levels.  Beer, simple mixed drinks, cocktails and shooters are the drinks of day.  Unlike most other gayborhood bars, Lollipop uses a professional cash register, with fixed pricing, offering (non fapiao) receipts which gives expats a great sense of relief in equality pricing. (eliminating the all too common local vs foreign pricing model)

The space maintains an electric mix of high-tech neon rainbow lights, colored lazers along with left-overs from the French feeling of the original Transit Lounge, including wall sconces and a chandelier.  The rear of the bar offers a somewhat darker nook with low lounge seats, and the front of the bar is dominated by a brighter KTV area.  The bar separates the 2 sections, offering comfy solid bar stools, but without the common bar foot rail.

KTV is discouraged until well after midnight, but the projection wall near the entrance will be typically brightly lit with the obligatory karaoke lyrics.  When the karaoke is not in session, music is a mix of jazz and pop, sometimes requiring a request for volume reduction. Lots of dice games at the bar, plus they additionally maintain an electronic dart board game that features next to the bar, along with free Chupa Chups lollipop at the bar.

Bottom line, it’s a bar that try’s very, very, very hard to do something for everyone.  For this, I congratulate the new owner.  In time, hopefully these fun activities will be honed down to the key things its customer set loves the most — typically and most commonly imbibing in booze to get liquid happy, social chatting and finding new partners to take home to cuddle.

Closing time is based on when customers leave, expect a long night of fun and great chatting.

Strongly recommended as a starting point for non-Chinese speaking customers. 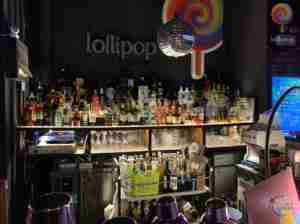 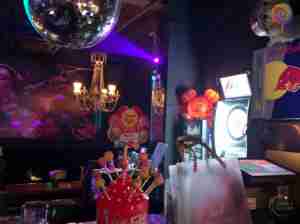 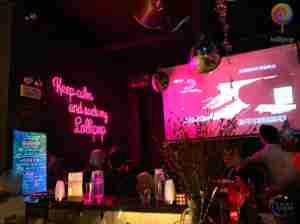 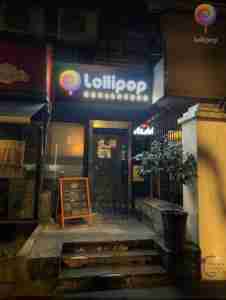 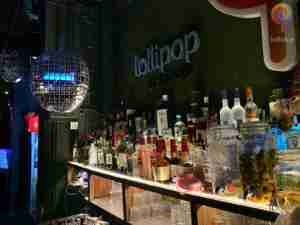 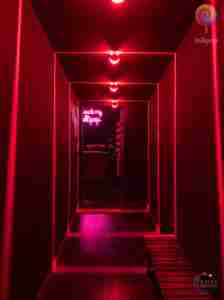 Within the Mainland of China,
visit http://tobysimkin.cn/lollipop-shanghai/ 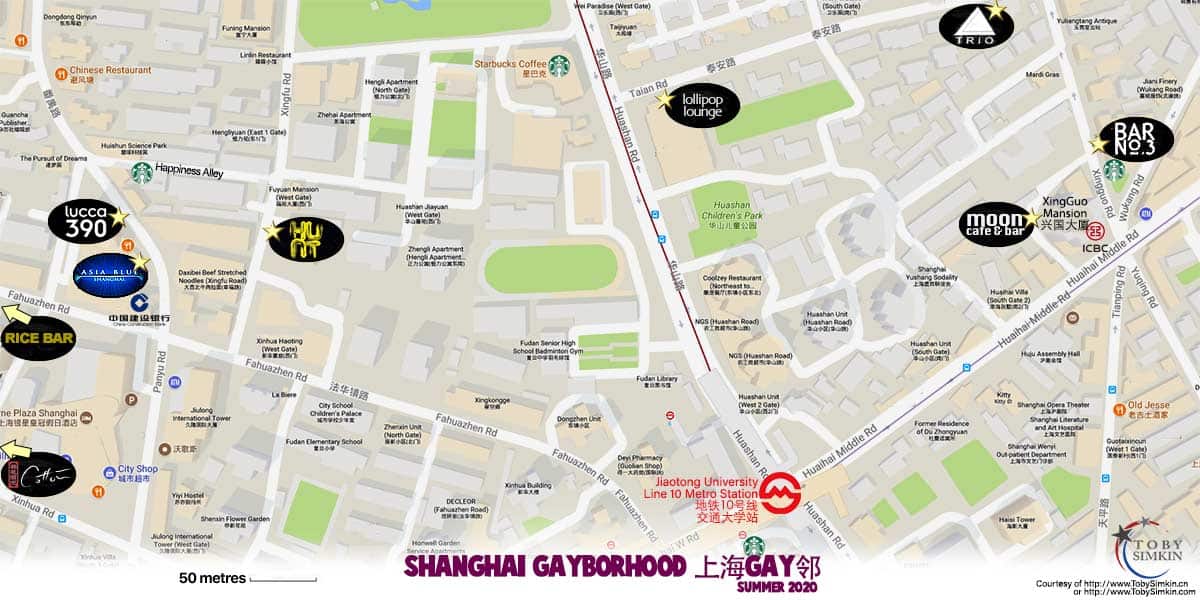