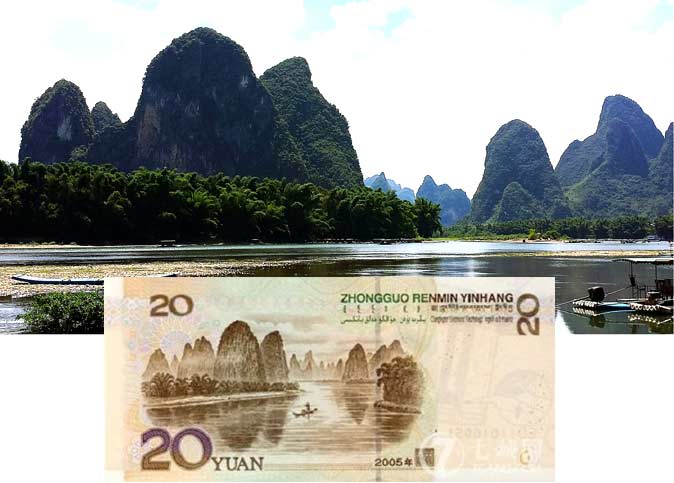 Guilin, Yangshuo and the Li River between them have an abundance of natural scenery hot spots and other tourist sites, and their mountains and rivers attract millions of domestic and foreign tourists every year.

Located in southern China’s Guangxi Province, the 83-kilometer long river from Guilin to Yangshuo has a landscape decorated with startling hills, steep cliffs, caves and farming villages, and is lined with bamboo.  The Chinese RMB 20 note showcases the Li River. 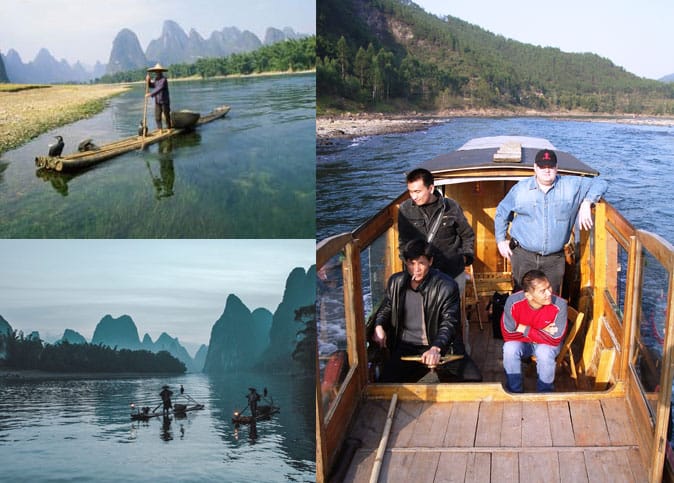 The most famous section of the Li-river meanders between Yangdi and Xingping and covers some of the most impressive part of the Li River with giant limestone peaks, sub tropical forest and long white pebble beaches (depending on the water level). The downside is that it is also the most touristic stretch of the Li-river especially between 10am and 4pm when you will encounter dozens of tour boats cruising up and/or down the river and a myriad of smaller rafts floating in between.

Fisherman dot the river on tiny rafts just before dawn to catch fish with cormorants.  With the rising sun illuminating the jagged peaks and the fishermen’s lanterns casting a warm glow over the surface of the water, it really is a spectacularly beautiful scene.  Fishermen also repeat this process in the afternoons with the tour boats sailing past.

There are many options and many vendors, but essentially boils down to 2 main choices: 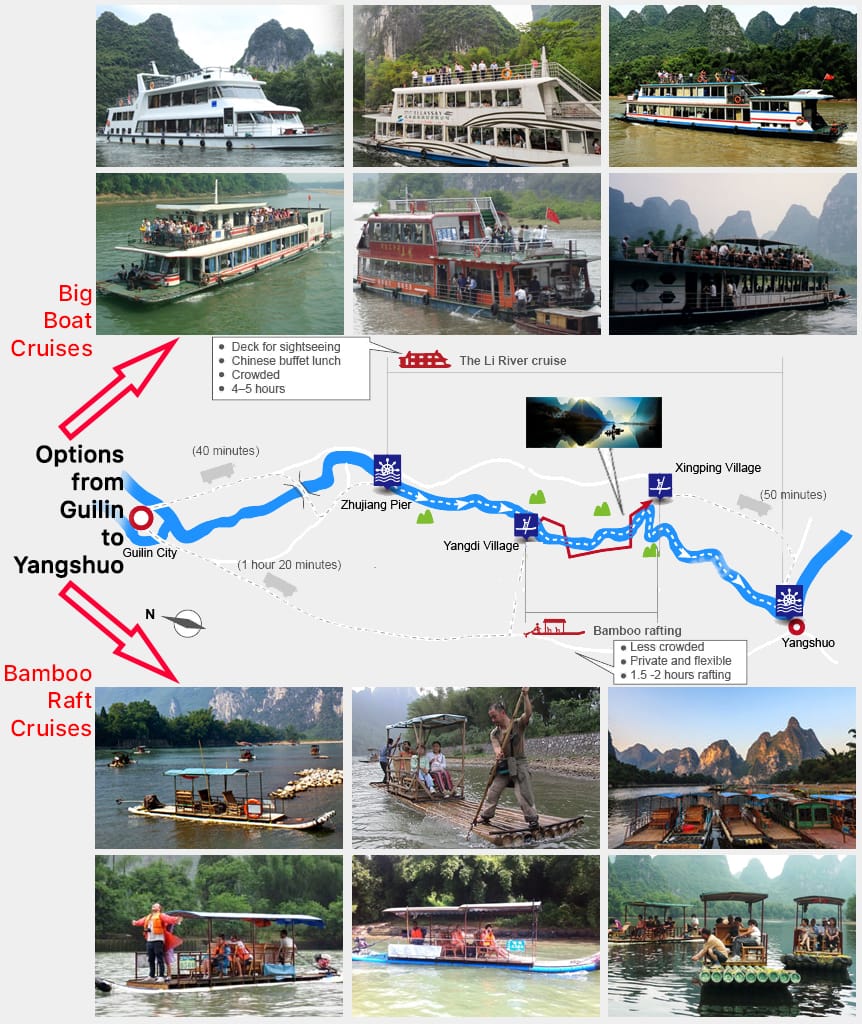 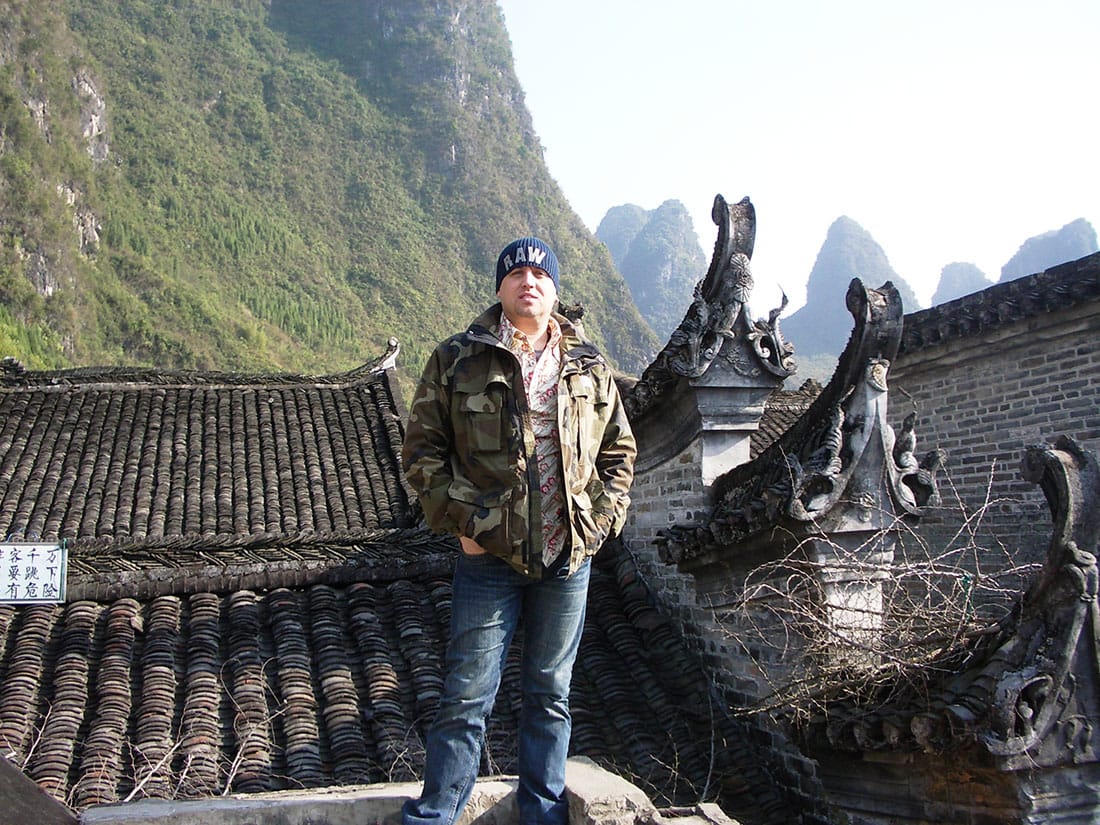 Xingping Village located about an hour’s drive from Yangshuo is is one of the oldest towns in the area, and is renowned for its dramatic scenery along the Li River – a very pretty and interesting.  Xingping has a history dating back more than 500 years – founded during the Ming Dynasty in 1506, the town contains numerous traditional residences that are remarkably well-preserved.  Special features include blue brickwork, black tiles, sloping roofs, horse head walls, cornices and carved windows, and the houses represent classic examples of Ming (1368-1644) and Qing (1644-1911) Dynasty architecture.  President Clinton visited there.  If you do the raft down the Li River, plan on spending an hour or so with a camera walking around.  Just be prepared for the onslaught of tourist touts trying to sell you river boat cruises and local handicrafts.

Due to the high volumes of tourists traveling from Guilin to Yangshuo, there are a number of scams that you should be aware of: