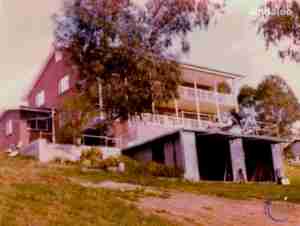 Upon return to Brisbane, Australia, we moved into a fabulous home at 67 Mt. Ommaney Drive, Jindalee, set on 3 plots of land. The 3-story home was atop a steep hill leading down to our private jetty and boathouse by the river. Directly across the river was the famous Lone Pine koala sanctuary.

The following year we built a magnificent deck and swimming pool. Surrounding that structure, we had a small banana plantation, along with watermelon, orange and lemon grove, plus all the accompanying lantana and snakes.

In Brisbane, I became a certified Red Cross life saver, and in addition to swimming, I loved to waterski often in the mud-dredging, murky brown, snake (and occasional shark) infested Brisbane river.

It was at the Jindalee house that I had a near death experience, when I was sitting on the 3rd floor toilet, and heard a ’sssss’ sound behind me. In my peripheral vision, I could just make out the tip of a tongue of a snake. I was taught at school about how deadly snakes are, and what to do. Shockingly, I remained still and calm, using my left foot to slowly open the bathroom door, used my right foot to gently wiggle out of my pants, and then, with all the spring I could muster, in a single leap made a run for it away from the snake down the hall.

I quickly slipped on pants and ran out of the house to our friendly next-door neighbor, Owen Edwards, that had a blue healer dog. The dog was generally instinctively trained to deal with snakes. Owen took the dog into the house, and they came back with the snake in the dog’s jaws. The snake was a common brown snake (one of the deadliest in the world), that had likely come up the sewer drainage pipes from the river below.

Some days our neighbor, Owen Edwards, hired me to walk their dog – the one that caught the brown snake in our house. I think I received the princely sum of 50 cents each time, which at the time was more than enough to start my lifetime addiction to Australian lollies. Owen was in manufacturing and did a lot of overseas business in Taiwan. One day, I arrived at their home early, and found my father and Owens wife, Fran, having sex together in the bedroom.

Stupidly, I immediately ran back to our home and told my mum. Minutes later, listening intently at the top of our staircase, I heard my mum and father fighting, shortly before hearing his car drive away. I ran to the window to watch him drive up our gravel driveway.

At the time, I felt ashamed and guilty and thought I was entirely responsible.

In retrospect, particularly since this happened during my hideous Grammar School years, it had a long-lasting profound effect on me.

My father moved into a room at the posh Queensland Club, where he was a member, before buying a magnificent top floor penthouse apartment in ‘Highpoint’, located in Taringa (32 Swann Road). He lived in this massive apartment with incredible panoramic views for the rest of his life.

My parents’ divorce was finalized a year or so later, but my father had ‘cunningly’ hidden a lot of his assets and cash around the world, and grossly underdeclared his value, so my mum came out of the divorce with a pittance after so many years of marriage.

Of course, I took my mother’s side and moved with her to a 3-story walkup top floor apartment on the opposite side of Brisbane in a suburb called Clayfield (122 Bonney Ave, Victoria Court, Clayfield), where she was now forced to return to the workforce to make ends meet.

In Brisbane we started house hunting and our friends Richard and Margaret Cameron very kindly allowed us to live in their beach house at Cleveland whilst we were looking for somewhere to live.

Soon after arriving in Brisbane Max resigned from the Army and in early 1977 became the Manager of the Royal Flying Doctor Service. In May 1977 we took the Queensland Governor, Sir James Ramsay and Lady Ramsay to Mt. Isa to open up the new base there.

We eventually bought a house on the river at Jindalee. It was built on three large blocks and had an enormous front garden and a circular drive. It was three storeys, built high above the river, but even then during the 1974 floods the basement had been flooded! There was a boathouse, complete with winch, and it was a great spot.  Across the river was there Lone Pine nature reserve, so we were guaranteed magnificent views.

The actual house covered 60 squares, with full length balconies on the first floor and the top floor.  It had 6 bedrooms, and 4 bathrooms over the three floors.

When our household effects came out of store, we discovered that we had lost many of our possessions – furniture, memorabilia, etc. The floodwaters in 1974 had come up to half way on our stored goods and most of these had to be discarded. The government Department of Administration was most helpful and we did get a certain amount of compensation, but of course this didn’t make up for all the items which were irreplaceable.

Whilst I was away on a trip to the USA, for entertaining purposes, we built a bar, bathroom and extra bedroom in the basement, and put in a large swimming pool with landscaped surrounds – this was featured in “Home Beautiful”. I missed the grand opening and my neighbour did the honours!!!

After we had moved into our house in Jindalee Max had become involved with our next door neighbour, whose husband was away a great deal on business in Korea and Taiwan, and this relationship blossomed whilst I was away, eventually resulting in our separation and ultimate divorce in 1980. 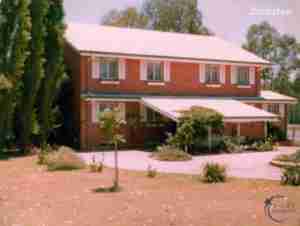 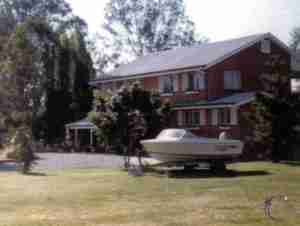 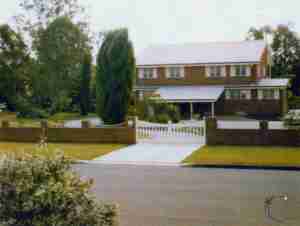 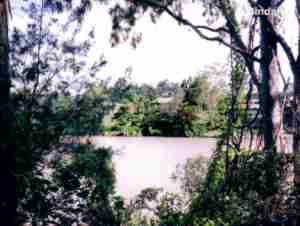 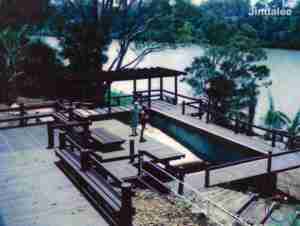 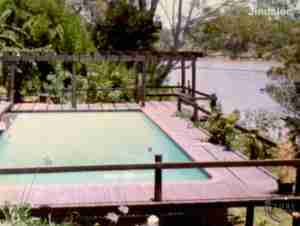 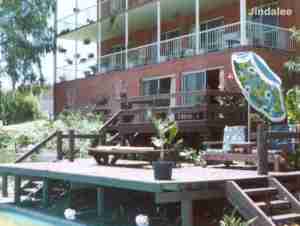 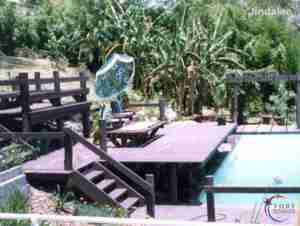 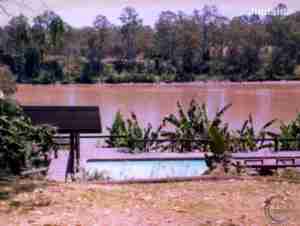 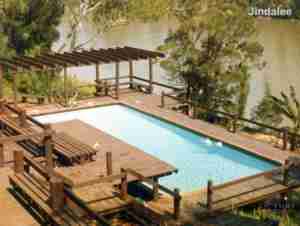 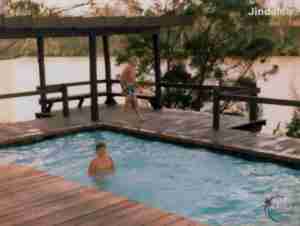 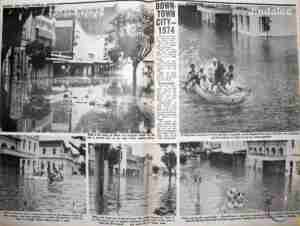 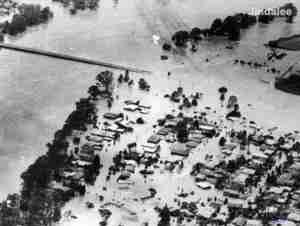 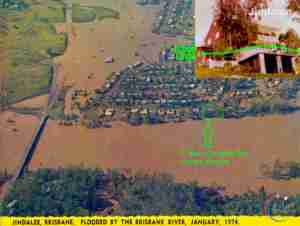