Hutongs (胡同) are Beijing’s ancient alleyways, where you can find traditional Beijing architecture. They date back to when Beijing was the capital of the Yuan Dynasty (1266-1368). Most buildings in hutongs are made in the traditional courtyard (四合院) style. Many of these courtyard homes were originally occupied by aristocrats, though after the Communist takeover in 1949 the aristocrats were pushed out and replaced with poor families. Hutongs can still be found throughout the area within the 2nd Ring Road, though many are being demolished to make way for new buildings and wider roads.  Laid out in a chessboard pattern which was established as early as the Ming Dynasty, these hutongs crosscut the city into tiny squares. In those days the capital was divided into the eastern, western, northern, southern and central districts, with a total of 33 neighborhoods, divided again into hutongs were established under the Ming emperors Hongwu (reigned 1368-1398) and Jianwen (reigned 1399-1402).

At present, there are about 4,550 hutongs, the broadest over four meters wide and the smallest — the eastern part of Dongfu’ an Hutong, a mere 70 cm across — just wide enough for a single person to traverse. Although the city has changed a great deal over the last 500 years, the hutongs remain much the same as during Ming and Qing times. 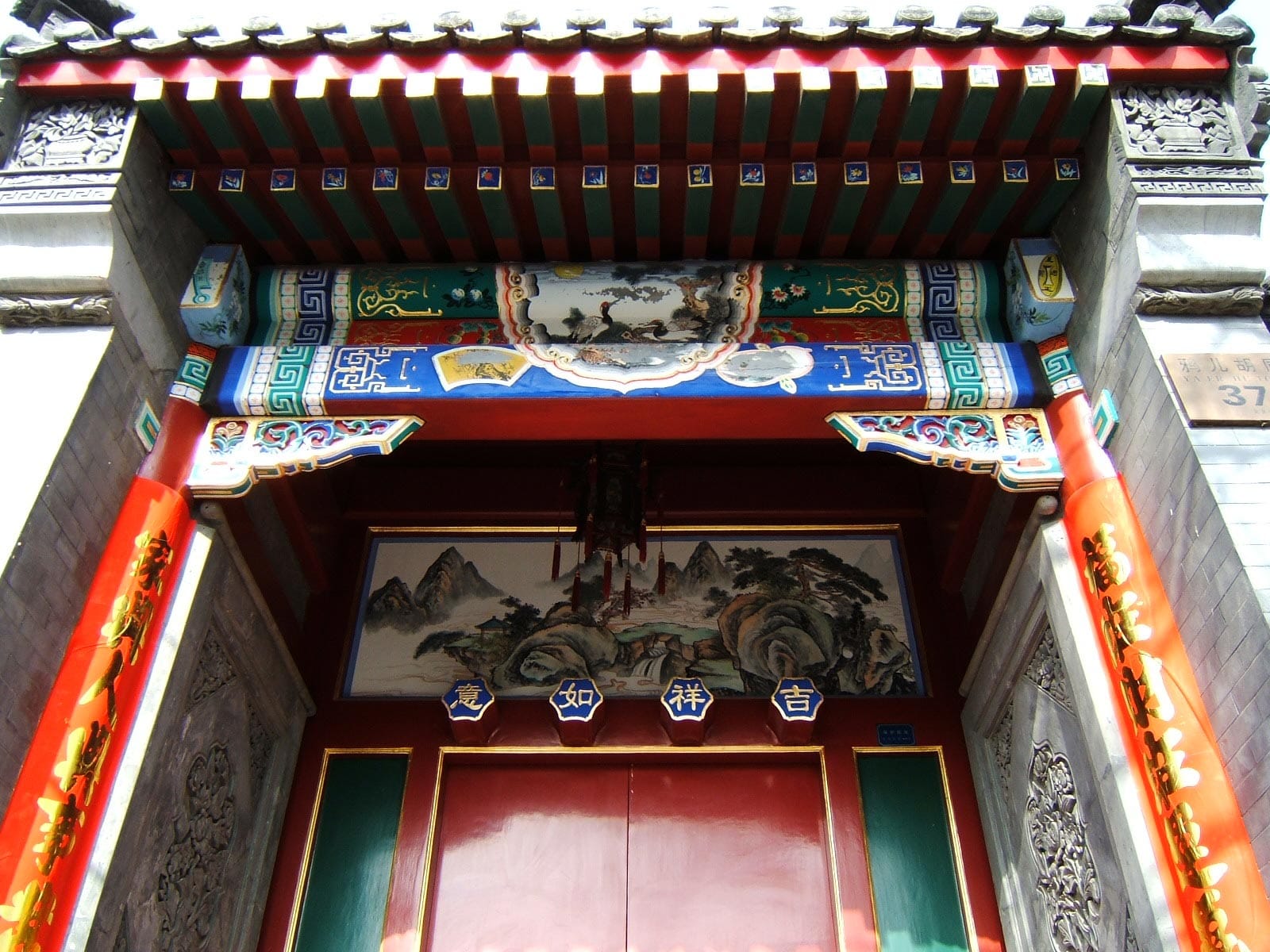 Alas, the days of the hutong alleyways and siheyuan courtyard houses are nearly over. Nothing humans create lasts forever.  Exploring ancient byways and poking around places once belonging to individuals both high and humble, often side by side, in their original context is a must see activity, before they disappear in name of progress.

There are certain rules you should heed in order to maximize the hutong experience. First, keep your group small, no more than 4 people. A big group investigating the ruins or relics of a courtyard doesn’t sit well with the owners. Next, never open a closed door. Third, it’s ok to check out what’s inside an open door, provided you’re polite and discreet. If a resident says “zou! (go!)” don’t debate, just do it. The final rule of thumb concerns the issue of cameras. Pictures of places are usually OK, but many people hanging out in the hutong are at home, and frankly, if they say don’t, then don’t.

People still live in these things, and in this hutong they are often foreigners who are attracted by the romantic notion (a notion that chills a bit maybe in winter when they can be pretty damn cold). The alley is mostly a pedestrian mall but rest assured someone in their BMW will honk loudly at your heels every so often, driving way too fast down a narrow brick lane full of people, and the motorbikes and bicycles weave around you. Much of the construction here is old school and this means some of the establishments don’t have restrooms inside. All along the hutong you can find public restrooms just off the street, passably clean, and totally cold in the winter. And in some cases, rather military in their layout — no partitions for the toilets, which are often squat toilets by the way.

Adjacent to Houhai is Ya’er Hutong inside the Shichahai lakes area, just a few steps north of the Silver Ingot Bridge, where the Houhai and Qianhai lakes meet, is the exotic scene that is Ya’er Hutong. Within this network of alleys are authentic ethnic arts and crafts, ancient architecture, reminders of past political eras, friendly streetside vendors, unusual caf, and half-hidden bars. It all comes together in a concentrated blast of local color and energy quite unlike any urban setting in the Western world. 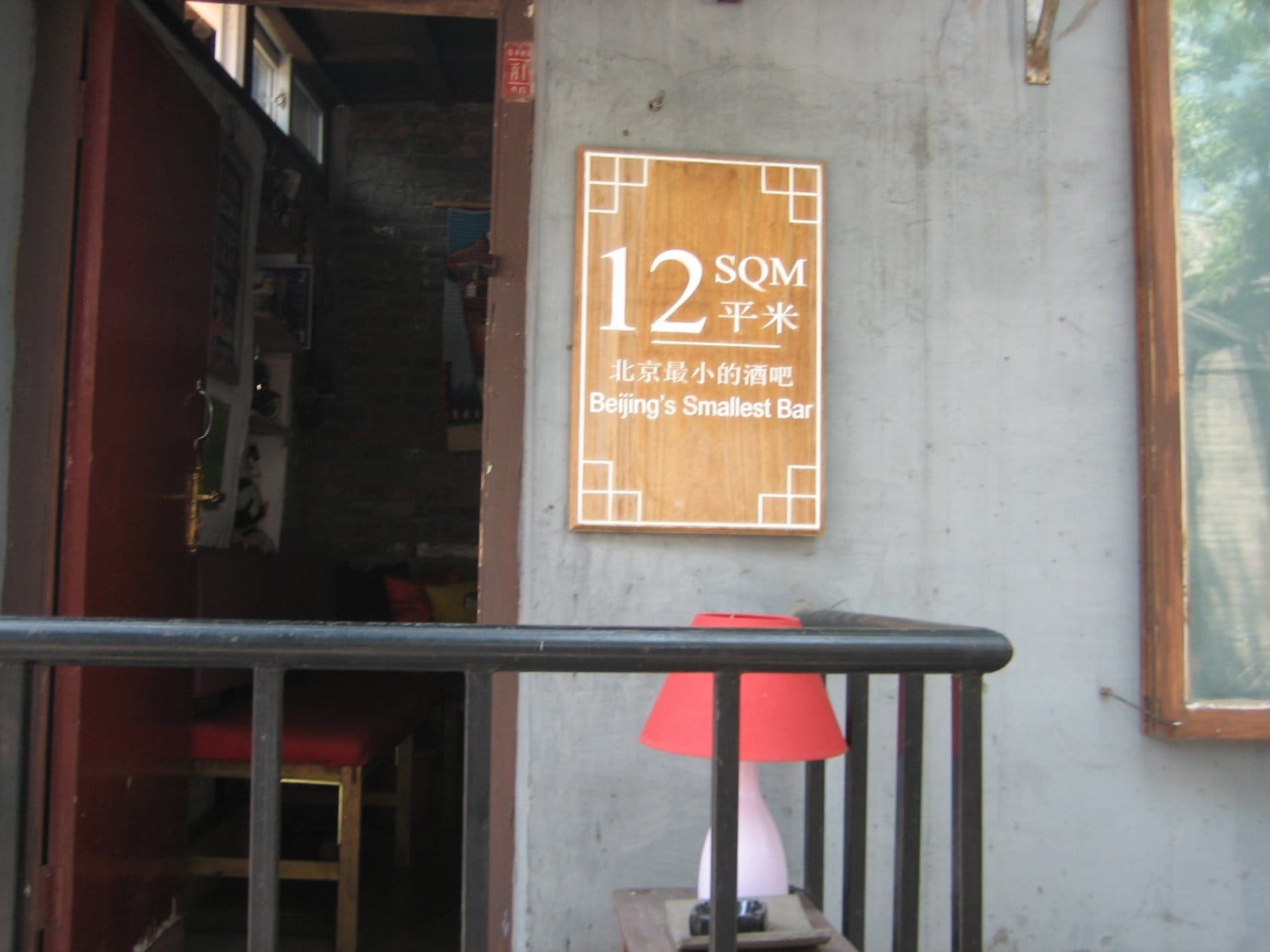 Nan Luo Gu Xiang Hutong (南锣鼓巷) is one of the most famous Hutong districts in Beijing. Along Nan Luo Gu Xiang, most buildings have been converted to shops, bars, and restaurants. Nan Luo Gu Xiang is now protected in order to preserve its unique architecture. Nan Luo Gu Xiang is has proved to be a mix of history, fashion and shops. No wonder it’s a big hit with tourists especially the younger generation.  In recent years, it has become a hot spot in many fashion magazines and many TV shows for location shooting, many foreign visitors in Beijing, it’s listed as a must-visits attractions. The smallest bar in Beijing is located here, covering an area of 12 square meters. Its name is “12 Square Meters“. Nan Luo Gu Xiang is also an ideal place to eat with plenty of different establishments offering western food such as pizza and coffee. Chinese meals are also available. Several shops in the area offer many unique handcrafted gifts such as plates and coasters featuring artistic designs as well as a selection of ornaments displaying Chairman Mao’s image and creatively designed T-shirts, displaying humorous designs.   Nan Luo Gu Xiang is an alley of amazement and happiness. The alley itself is approximately 800m long, running from East Gulou Street in the north to Di’anmen East Street in the south. 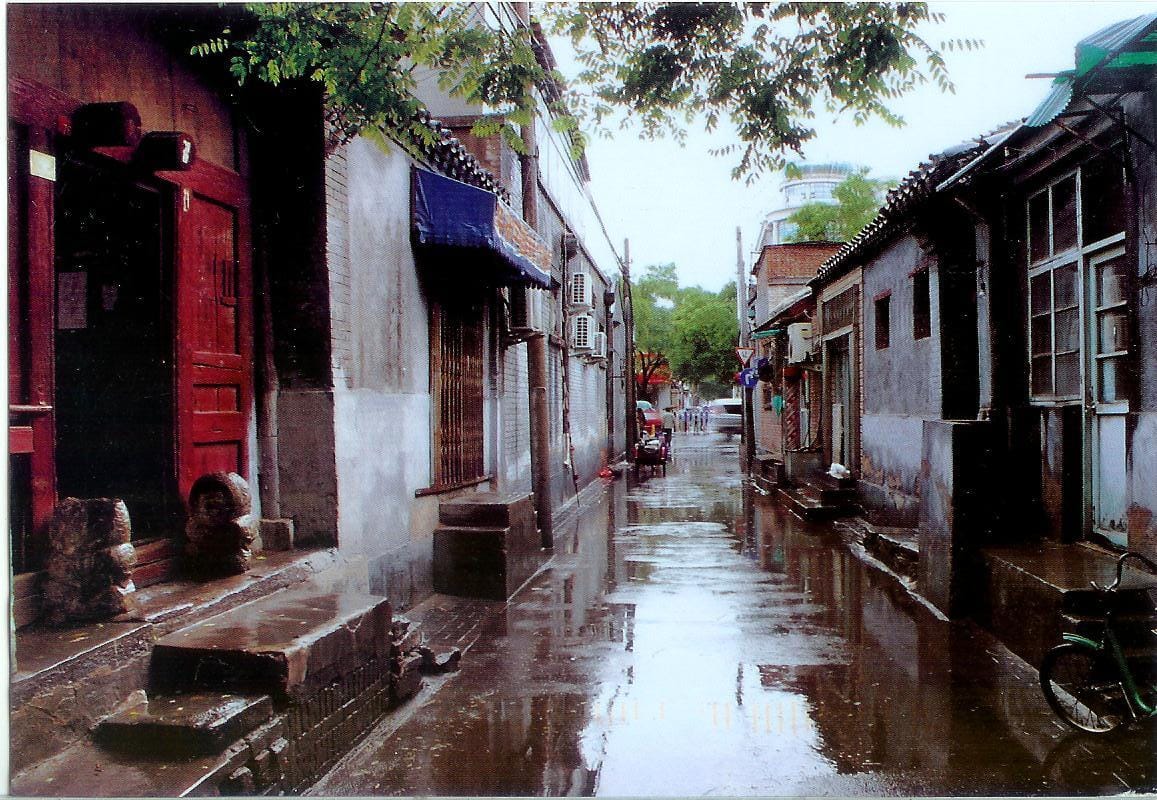 Mao’er Hutong is an interesting place because of its location, hidden in plain sight and in close proximity to well-known places, plus the fact there are four spots on this one alleyway identified as cultural relics none of which are officially open to the public.  Mao’er Hutong is generally translated as Hat or Hat Maker Lane. The area dates from the Ming Dynasty (1368-1644). The current name came into usage during the succeeding Qing Dynasty (1644-1911).  The hutong runs west to east from Di’anmenwai Dajie to Nanluogu Xiang in the Jiaodaokou sub-district. The best way to find it is from Di’anmen; it’s the first alleyway northeast of the old bridge to the east of Qianhai.  Some particularly interesting spots: 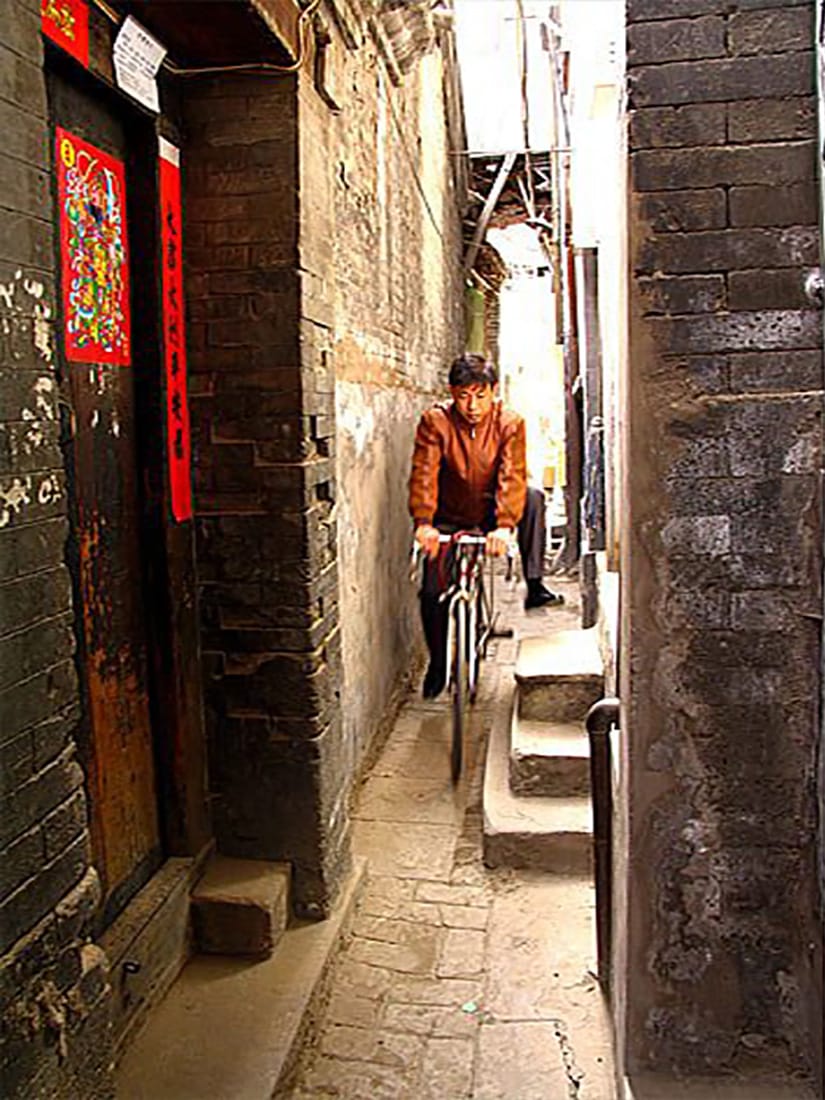 Qianshi Hutong, the narrowest Hutong, located just to the west of the historical Qianmen main road is a quiet, shabby lane ignored by the traffic around it. It wasn’t always like this. Long before Wangfujing became the swaggering paradise of luxury it is today, Qianshi was the place to go for moneychangers during the Qing Dynasty. All manner of social backgrounds gathered in the lane to barter currency, mainly copper, although the feudal government of the time had restricted tax payments to just silver. Qianshi was the financial center of monetary exchange, and also home to 26 mints producing coin for almost every bank in the city. During the 1900 Boxer Revolution against the Western Powers, a fire swept the area, reducing these banks and mints to ashes. As a result, most of the current housing here dates back to the late Qing period at most. Copper factories were built here, with workshops located in the jewelry market busy turning the raw product into valuables.

Lumicang (Salary Rice Granary) Hutongs, in the neighborhood of today’ s Nanxiao Street, is the site of the former nine imperial granaries of the late Ming and early Qing. Each year, large amounts of grain were brought in from Zhejing Province to the capital and stored in Lumicang District. Hutongs in the area took on the names of the various granaries, names that have stuck to this day.