North of the Forbidden City, 3 lakes — Qianhai (Front Lake), Houhai (Rear Lake) and Xihai (West Lake) —  are known collectively as Shichahai and are ringed by restaurants and bars.   The water area of Shichahai was called “haizi” prior to the Yuan Dynasty (1279-1368). Around 20 temples were built in the area of Shichahai. “Cha” refers to a small temple while “shi” can mean “tens”, hence the name of Shichahai.

HouHai (pronounced HO-hi) is a manmade lake—the largest of three consecutive lakes lined with willow trees and surrounded by a rambling maze of hutongs, shops, and cafes.  Centuries ago, Houhai Lake was the final stop along the Grand Canal, the historic waterway upon which cargo, soldiers and officials were ferried into the imperial city of Peking from all over China. 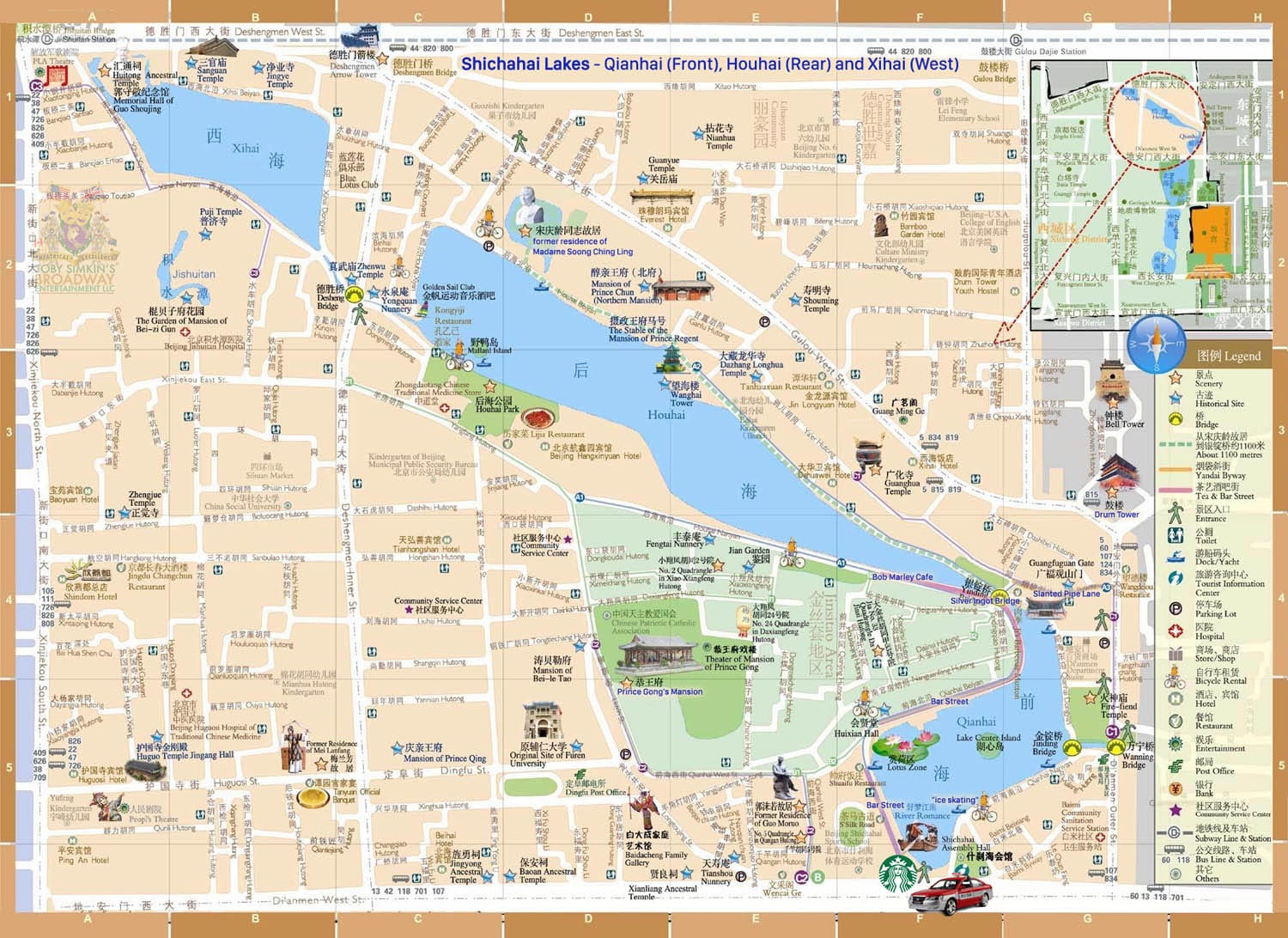 Taxi’s will generally drop you off at the south end of Qianhai lake, conveniently adjacent to a Starbucks.  From there, you walk up the main bar street on the western side of Qianhai lake towards HouHai. (in winter time watch for the “ice skating” locals sliding around Qianhao on metal seats).  [see map, F5]

If you’re hungry, stop at any of the street vendors on Yan Dai Xie Jie and try Beijing snacks, from pork dumplings to CD-sized scallion or meat-stuffed pancakes (xiao bing), to a multilayered, crispy-chewy crepe (jian bing), to the steamed giant flatbread that could feed four (da bing).