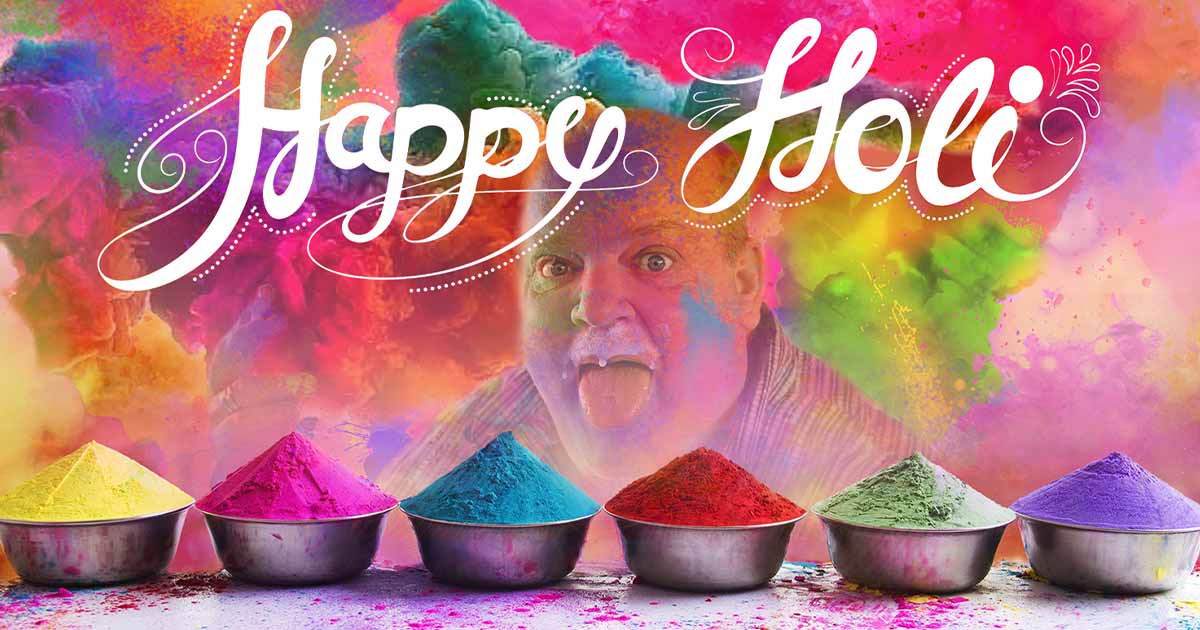 The Holi festival commemorates the victory of good over evil. In parts of India, Holi is also celebrated as a spring festival, to provide thanksgiving for an abundant harvest season.

Although a Hindu festival, Holi is celebrated around the world, yet focussed on Hindu centres. Children can douse elders with water, women splash men with color and the rules of caste and creed are briefly forgotten with everyone taking part. The evenings are spent visiting friends and family.

A national holiday in India and Nepal, it takes place on the last full moon day of the Hindu lunisolar calendar month, which is usually March.

Holi is considered as one of the most revered and celebrated festivals of India and it is celebrated in almost every part of the country. It is also sometimes called as the “festival of love” as on this day people get to unite together forgetting all resentments and all types of bad feeling towards each other.

The vibrancy of colors is something that brings in a lot of positivity in our lives and Holi being the festival of colors is actually a day worth rejoicing. Celebrated with utmost joy and enthusiasm, the ritual starts by lighting up the bonfire one day before the day of Holi and this process symbolizes the triumph of good over the bad. On the day of Holi people play with colours with their friends and families and in evening they show love and respect to their close ones with Abeer.

The tradition of throwing colored powder and water is believed to originate from the mythological love story of Radha and Krishna.  Krishna, the Hindu god depicted with dark blue skin, is believed to have complained to his mother about Radha’s fair complexion. To ease her son’s sadness, his mother suggests he Radha’s skin color by smearing her with paint. It’s believed that this is where the custom of smearing loved ones with color during Holi came from.

Although it is an ancient Hindu religious festival,  it has become popular among non-Hindus as well in many parts of South Asia, as well as people of other communities outside Asia. In addition to India and Nepal, the festival is celebrated in countries such as Suriname, Guyana, Trinidad and Tobago, South Africa, Mauritius, Fiji, Malaysia, the United Kingdom, the United States, the Netherlands, Canada, Australia, and New Zealand.

Unless booking well in advance, most Indian restaurants will be full for the duration of the festival.