My 1st musical (& the start of my career)

My 1st musical (& the start of my career) 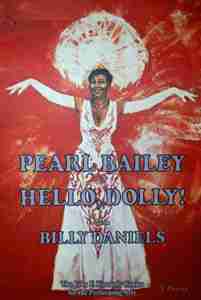 Not even a teenager yet, I vividly remember being dragged ‘pushing and screaming’ into attending my first professional musical, Hello, Dolly! in the Eisenhower Theatre at the Kennedy Centre, Washington D.C.  BUT, by the end of the first scene I was enthralled by the uplifting songs, movement, costumes and scenery — it was a joyous and revolutionary experience for me.  By the end of the show, I wanted more.

As we walked upstage towards the dressing rooms after the show to meet Pearl Bailey, we passed the stage left scenery that I had just seen in the show. From the upstage side, I was fascinated looking at the “Harmonia Gardens” set pieces which were actually just wood and canvas and only an inch thick, yet 30 minutes before I thought it was all massive and real.

I think it was at this very moment, backstage, that the magic and excitement of live theatre determined my life’s path.

In later life, I went on to work on Hello, Dolly! productions for the Queensland Theatre Company in Australia and the tour of Hello, Dolly! starring Carol Channing in her final revival in the mid-1990’s.  I also enjoyed a friendship with dinners and copious drinks at his Hollywood Hills home with composer Jerry Herman since the ’90’s as I evolved into his male (and my female) alter ego Auntie Mame — but that story is saved for a future post.

Thanks to the history preserved in my mothers memoirs, the flashback of long-ago events are preserved via an extract:

As part of Max’s farewell festivities from diplomatic life in Washington D.C., and in celebration of Australia Day, the embassy had coordinated for us to attend the Kennedy Center to see Pearl Bailey in “Hello, Dolly!”.  The director of the Kennedy Center, Martin Feinstein, kindly organized for us to sit in the “Presidential Box”.  It was a long show and when it was over Pearl Bailey and Billy Daniels, the male lead, gave a vaudeville show for about half an hour.

After the performance we were invited back to her dressing room to meet her, and Mr. Feinstein escorted us backstage. Toby was intrigued at the backstage areas of the theatre, and was difficult to get him to continue to the dressing room. Pearl Bailey has the most marvelous and exciting personality and spent a long time chatting with us, particularly with Toby whom she seemed to adore.

As we left backstage, Mr. Feinstein gave us a quick tour of the Opera and Concert Halls too — a magnificent facility, with a regal hall of flags at it’s entry with flags of all states of the USA. The highlight however is a huge craggy, rough-textured, 8-foot-high, 3,000-pound Bronze sculpture of President Kennedy’s head by the artist Robert Berks in the centre of the grand foyer. Mr. Feinstein told us a fascinating story about how the artist made the sculpture in Italy, and then flew to Washington with it on an old bullet-hole ridden airplane from the Pakistani air force. During it’s flight, the aircraft was hit 3 times by lightning bolts as it flew through a thunderstorm over the Atlantic. 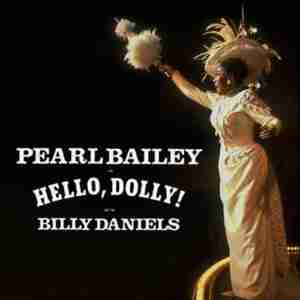