Low standards of public hygiene, stress and overcrowded conditions are to blame for most of the health problems that beset travelers in China.  It’s easy to become stressed and exhausted, leaving yourself vulnerable to infections. Travel at an easy pace, and treat yourself occasionally to upmarket accommodation. Take vitamins (buy them overseas before you arrive).  Personal hygiene is one area it pays to be meticulous – wash hands often and don’t share drinks or cigarettes. When in the shower, always wear flip-flops or shower shoes, provided free at hotels.  The small­est cuts can become infected, so clean them thoroughly and apply an antiseptic cream (buy it overseas before you arrive). With the majority of China’s water supply highly contaminated, water is the major cause of sickness. Don’t drink tap water, or use it to clean your teeth; avoid ice in drinks, be careful showering with water in your mouth or eye sockets, and never eat the ice lollies sold on the streets.

Chinese who live their life in China have built up immunities, but most foreigners will get sick at very basic things. Either pollution levels affecting dizziness and eyesight and throat, fake food and drink, or even more basic, brushing teeth or having a shower with your eyes open.

Bring medication and extra medication where ever possible.  Obtaining foreign drugs, or even their equivalents is difficult, sometimes impossible, and sometimes highly questionable in China due to fakes.  Keep copies of the prescriptions or details about the medicine with the medicine – English is OK.  If bringing vitamins, keep them in the original containers.

It is very important to bring an anti diarrheal agent — (Imodium is great), and any other prescription drugs required.  Further, if you easily get flu/colds or sick, I strongly recommend a supply of both Tylenol Day Time Non Drowsy FLU and wide spectrum Antibiotics.

To stay healthy is a challenge in China – you need to always be aware of your surroundings…  Drink plenty of high end clean bottled water, avoid excessive drinking, get lots of sleep, avoid fake drinks & food wherever possible, anticipate colds, and be prepared with medicine to fight it.

90% of China’s urban groundwater is contaminated. Water quality is very poor and you may develop intestinal problems if you use tap water to brush your teeth, or if you eat vegetables which have not been cooked after having been rinsed in tap water.  Bring Pepto Bismol help prevent intestinal troubles and Imodium for when it’s too late.

Be careful not to get any water in your mouth or eye sockets when you shower. It tastes normal, but could easily make you sick. Always brush your teeth with bottled water – the 4 and 5 star hotels catering to foreigners will supply bottled water for free for this purpose.

Food safety is one of the most serious and sensitive recurring issues in China.

Be aware of the dangers initially of eating street food and drinking water.  It’s very, very, very common for foreigners to get very sick easily in China by not being careful and prudent in what they eat/drink.

China is a smoking country – it’s one of the few vices that is widespread and enjoyed.  You will see ashtrays everywhere – people in China smoke nearly everywhere, and while the number of Chinese that do not smoke is growing, non-smokers have been forced to become accustomed to second hand smoke, particularly in 2nd tier cities, in taxis, offices, hotels, restaurants, elevators etc..

Indeed, in China, smoking is considered a privilege by many, and as a result, even in government meetings and banquets, you may be offered expensive cigarettes reserved for use by the wealthy and powerful as a status symbol.  It IS acceptable, as a foreigner, to politely decline – particularly singers, dancers and musicians.

Both Beijing (as of 2015) and Shanghai (as of March 2017) are taking measures to curb smoking in hotels, restaurants and bars.

Remember, the pollution is far worse. 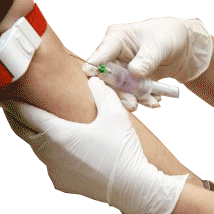 There are no vaccinations that are required for a trip to China unless you are coming from a country that has a high risk of yellow fever.  That said, it is a good idea to be up-to-date for your vaccination shots and immunizations before you arrive in China.

Certain areas of China involve a higher risk of disease, so if you will be traveling to one of the following locations, please consider asking your doctor for their recommendations on the following:

Always refer to a qualified physician before making any decisions about vaccinations. Vaccinations can be costly, so make sure you have room in your travel budget – the cost to prevent these diseases is always cheaper than to cure them!

It’s also wise to get a dental check-up, and if you decide to take a course of anti-malarial tablets, start taking them before you go.

In ALL cases, get an International Certificate of Vaccination for each one you have, and make copies of it, and keep one copy with your passport at all times.  You may need the certificate.

Diarrhea is the most common illness to affect travelers, usually in a mild form while your stomach gets used to unfamiliar food. The sudden onset of diarrhoea with stomach cramps and vomiting indicates food poison­ing. Get plenty of rest, drink lots of bottled water.  These are the primary forms:

Typhoid and cholera are spread by contaminated food or water, generally in areas outside of Shanghai and Beijing. The varied symptoms of typhoid include headaches, high fever and constipation, followed by diarrhoea in the later stages. The disease is infectious and requires immediate medical treatment but it’s also difficult to diagnose.  The first indication of cholera is the sudden but pain­less onset of watery and unpredictable diarrhea, later combined with vomiting, nausea and muscle cramps.  The rapid dehydration caused by the diarrhoea rather than the intestinal infection itself is the main danger.

Mosquitoes are widespread throughout southern China, particularly if you’re visiting tropical regions in southern China. Carried by the anopheles mosquito, malaria is caused by a parasite which infects the blood and liver. Symptoms are flu-like fever with hammering headaches, shivering, and severe joint pain. If you’re travelling in a high-risk area it is advisable to seek professional medical opinion well prior to arrival.

Aedes aegypti mosquitoes, identifiable by their black-and-white stripes, are responsible for transmitting dengue fever, a viral dis­ease whose symptoms are similar to malar­ia, though there’s sometimes also a rash spreading from the torso over the limbs and face. There’s no cure, and though symptoms subside on their own after a week or so of rest, chronic fatigue can keep you in bed for months afterwards.

The key measure with both diseases is to avoid being bitten in the first place. Mosquitoes are most active at dawn and dusk, so at these times wear long sleeves and trousers and avoid dark colours, and use repellent on exposed skin. Repellent containing about forty percent DEFT (diethyl­ toluamlde) is effective, but the chemical is toxic and prolongued use can cause side-­effects keep it away from eyes and open wounds.  Air conditioning and ceiling fans at higher speed help keep mosquitoes away as do mosquito coils – but really only effective indoors.

After the water issues, the most common hazard to your health in China is the host of flu infections, mostly in the winter months. The problem is compounded by the overcrowded condi­tions, chain-smoking, intense pollution and the widespread habit of spitting, which rapidly spreads infection. Initial symptoms are sore throat, chills and a feeling of malaise, followed by prolongued bouts of bronchitis. Drink lots of fluids and get plenty of sleep.

More serious is tuberculosis, a respiratory disease transmitted by inhalation, and spread by coughing and spitting (which is why China has a high incidence). It strikes at the lungs and in a small number of cases can be fatal, There is no need for visitors to be overly worried about the disease – many people are immune thanks to previous, mild infections or through child­hood vaccinations.  If your trip will involve spending a lot of time on crowded subway, trains or buses, it’s worth consulting your for about your TB-immune status.

The health check must be done within 30 days of entry into China.  A Mandarin speaking friend will be needed to help with paperwork.  When you go for your health check you will need:

Specific requirements may vary from city to city so check in advance if you’re not sure.

The medical checkup is very simple, you are taken to an approved foreigner medical facility, taken into a locker room, put on hospital robe and hospital shoes, then you move from room to room carrying your medical chart, the process is surprisingly efficient, and the facility clean. The examination nominally takes about 30 minutes. The medical examination includes:

The main reasons your visa may be refused on health grounds are if you show signs of, or are diagnosed with, psychiatric illness, infectious Tuberculosis, or other infectious diseases which in the opinion of the supervising doctor can endanger public health or security.  In 2010 there was a relaxation in immigration policy which previously prevented people with HIV and leprosy entering the country. Officials now have more leeway when deciding whether to issue a visa on health grounds.

Note: If you have a Cholera vaccination before you arrive, it will still be active in your system during the time of the medical exam, which could lead to serious complications!  Speak to your doctor about this conundrum.  Others have SOMETIMES found by having the western doctor issue a special letter plus certificate of Cholera vaccination on a specific date, it has allowed the local medical examiner to still approve your health examination, based on that.

In general, look for the largest hospital in the biggest city in the area.  In Shanghai or Beijing, you’ll find international hospitals with English speaking doctors and staff. Some larger, upscale international hotels in China even have an English-speaking doctor or nurse on-site.  See EMERGENCIES for details.