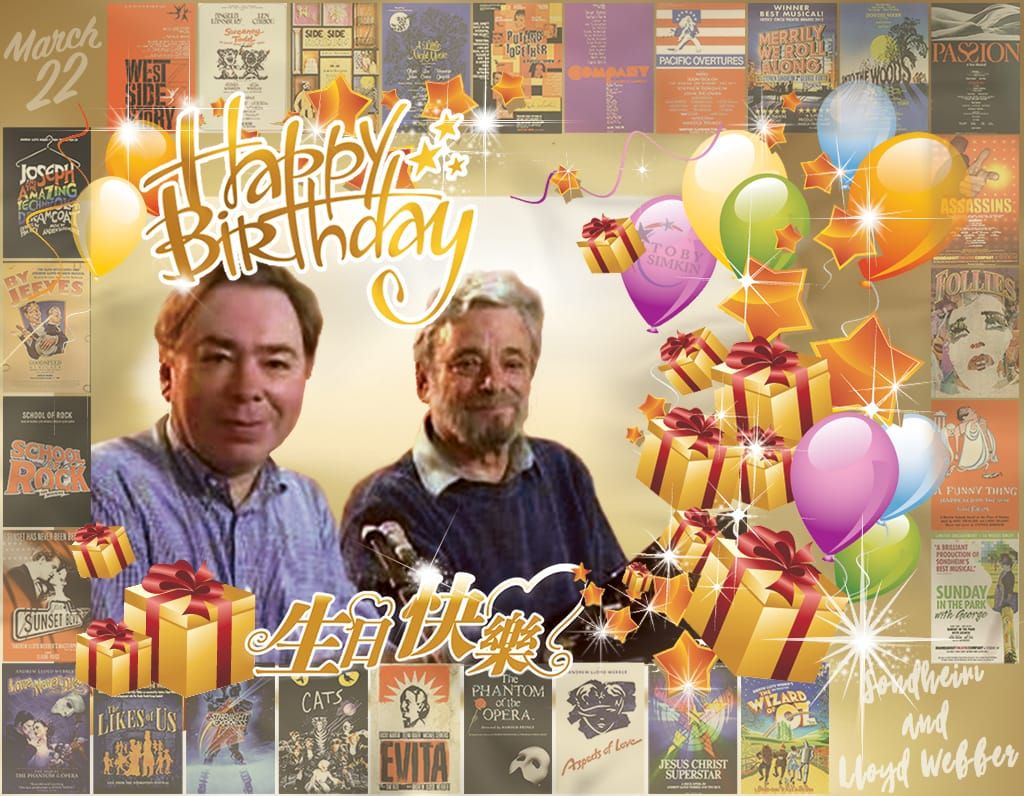 Today Stephen Sondheim turns 89 and Andrew Lloyd Webber turns 71. Sondheim made his Broadway debut at the age of 26 in 1956 , Lloyd Webber at 23 in 1971, and, along with John Kander (who turned 92 four days ago), and Jerry Herman (who turns 88, the number of keys in the piano, on July 10th) they are at the very least the dominant musical theater composers of their generation, inspiring new generations of theater makers, their work continually produced around the world and in New York — Lloyd Webber currently in the long-running The Phantom of the Opera, and until earlier this year School of Rock; Sondheim currently in Merrily We Roll Along.