Hangzhou’s beautiful scenery has made it the wedding photo capital of China. The capital of Zhejiang Province, and located 45 minutes by high speed train from Shanghai, Hangzhou is centered around the famous West Lake (Xi Hu), which has been immortalized by countless Chinese poets and artists.  Hangzhou was capital of the Southern Song Dynasty from 1127 until the Mongol invasion of 1276. During this time the city’s population is estimated to have been as high as one million, making it the largest city in the world. Even the great Marco Polo claimed to have passed through, describing Hangzhou as “beyond dispute the finest and noblest city in the world“. Hangzhou has a subtropical monsoon-type climate with four distinct seasons, although it’s possible to visit all year round. 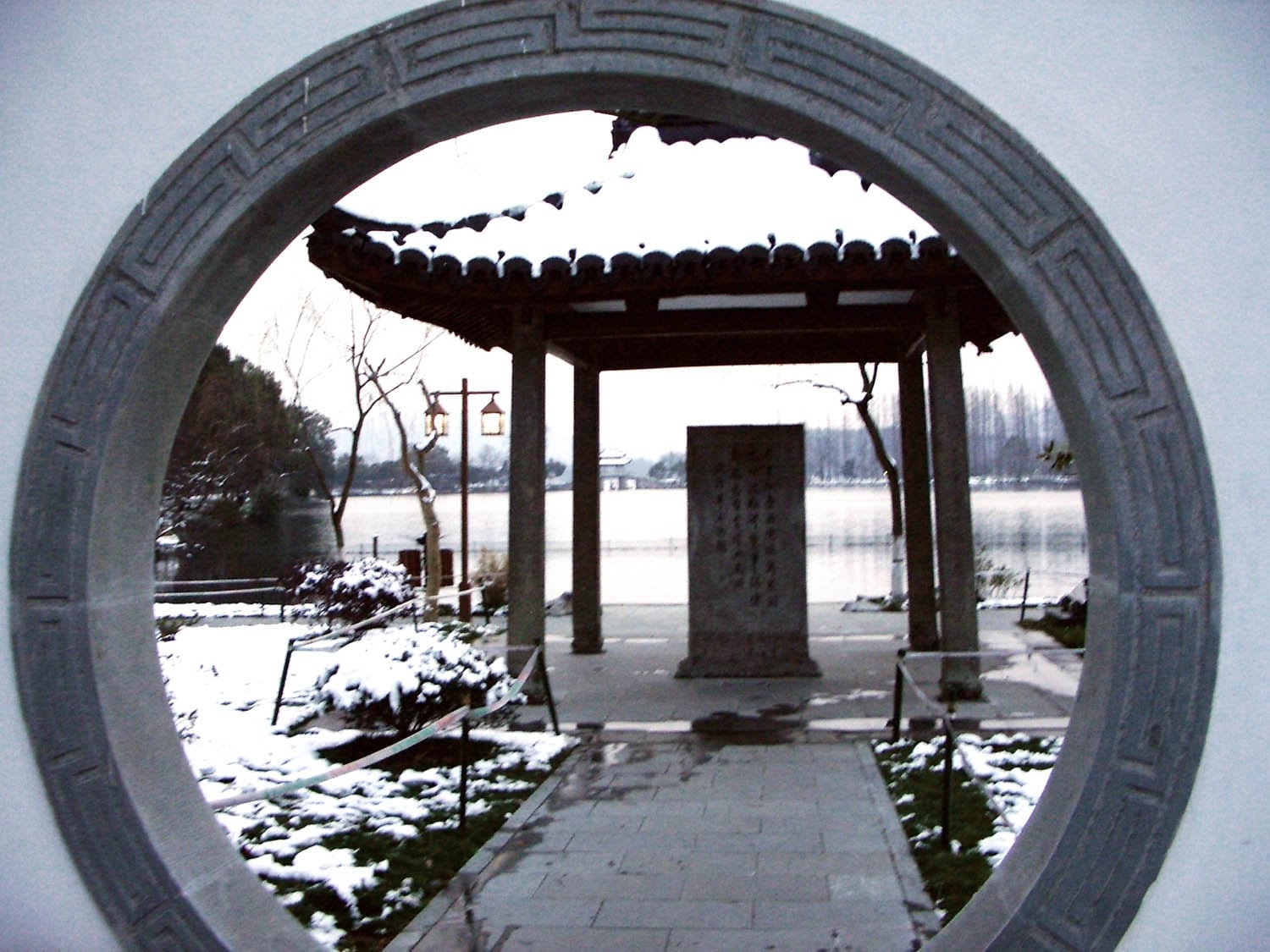 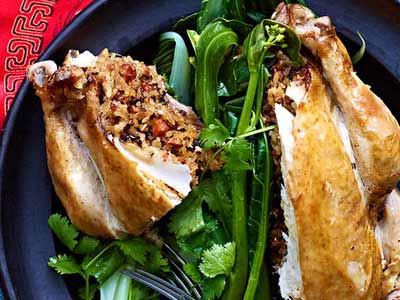 Hangzhou’s cuisine is noted for its intricate preparation and blend of flavors with local specialities containing a lot of pork and seafood – highlights include dongpo rou, an extremely fatty chunk of pork in a syrupy sauce, and cuyu, which is fish from West Lake in a sweet and sour sauce, and fried shrimp with Longjing tea, but the most famous is likely Beggar’s Chicken (叫花童鸡).  A starving beggar in Hangzhou during the Qing Dynasty (1644-1911) is said to have stolen a chicken and was hotly pursued by its owner. In his haste he wrapped it with a lotus leaf and buried the chicken in mud near a riverbank to hide it. Later that night he returned and retrieved the chicken, its feathers covered in mud.  He started a fire to cook the chicken. But not having any utensils he placed the entire chicken directly into the fire. A tight clay crust was formed as the chicken cooked, and when the crust was cracked open the feathers came right off the chicken exposing juicy tender meat and emitting an incredible aroma.  The roasted chicken was so delicious, he decided to start selling his creation. Unbeknownst to him he had just invented one of China’s greatest culinary traditions.