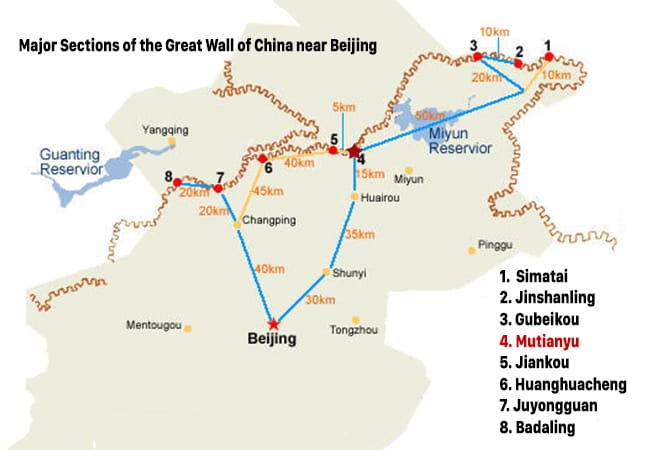 The Great Wall of China is the ultimate symbol of China. It’s mentioned in the National Anthem, it’s on bank notes, and it’s used to sell anything from red wine to automobiles. The Great Wall  is one of the ‘Eight Wonders of the World’ and is enlisted in the World Heritage Directory. This immense wall was built to keep out invaders as well as to retain the inhabitants. It spans five provinces (6,700 kilometers, or 2,587 miles) and stretches East to West from Shanhaiguan on the Yellow Sea to the Gobi Desert’s Jiayuguan, a fortress traditionally viewed as the last outpost of civilization.

The Chinese refer to the wall as Changcheng (长城), or as the 10,000 Li Great Wall (万里长城-Wan Li Changcheng), a li being a measure of distance equal to 500m. If we laid the bricks and rocks used in the Great Wall of Ming to form a wall one meter (1.1 yard) wide and five meters (16.4 feet) high, it could circle the earth at the equator with great ease.  It is such a spectacular and formidable architectural feat that anyone who comes to China should not miss it under any circumstances.

This amazing marvel of engineering took over 2,000 years to build. It is acclaimed to be a most magnificent miracle created by the Chinese people demonstrating the tenacity, diligence and wisdom of the Chinese people.

The Great Wall of China 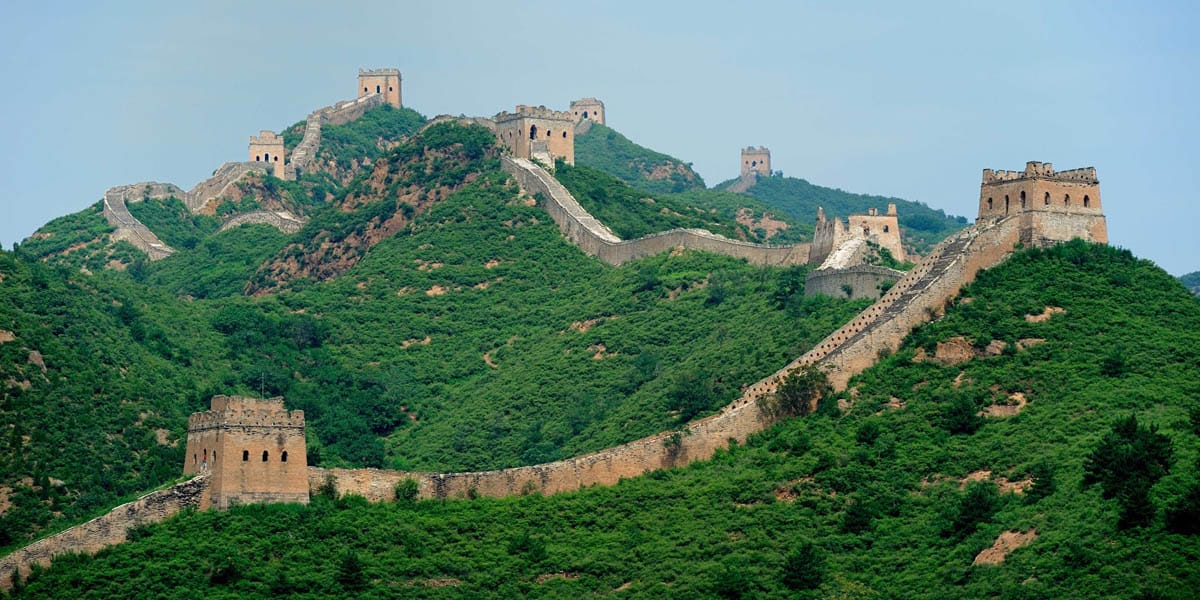 Construction of the wall began early in the Warring States Period (475 BC – 221 BC) when independent small states came into existence. In order to defend their territories, long walls were built along the borders. In 221 BC, Qin Shi Huang, the first emperor of the Qin Dynasty (221 BC – 206 BC), toppled the former states and unified China. To protect the country from intrusion of the nomadic Hun ethnic minority in the north, earlier separate walls were joined and extended dramatically. The walls at that time began at Linyao in Gansu Province and ended in Liaoning Province, reaching a total length of over 5,000 kilometers, hence it was known as the ‘Ten Thousand Li Great Wall’ (Li is a unit of length used by the Chinese and one li is equal to 0.5 kilometer.).

Thereafter, the Great Wall was restored and lengthened time and time again. The later walls were not a long and frail wall but were complete fortifications with more annexes such as: castles, watch towers and beacon towers. In the Ming Dynasty (1368-1644), large-scale extensions generated the ‘Great Wall of Ming’, the ever longest wall in the history of China. The wall that we see today is primarily the result of a restoration that took place during the Ming Dynasty. However, some sections fell into ruins. 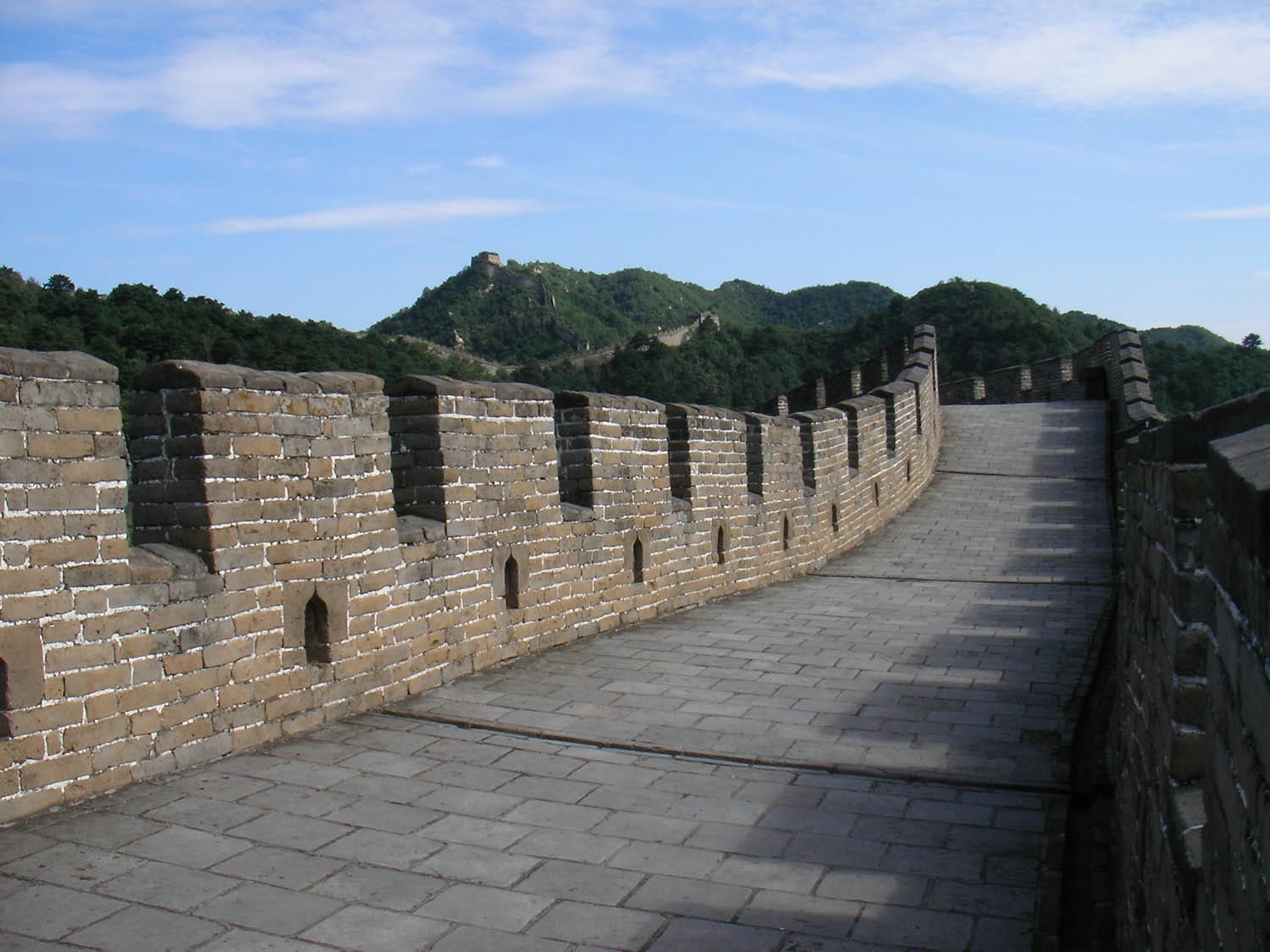 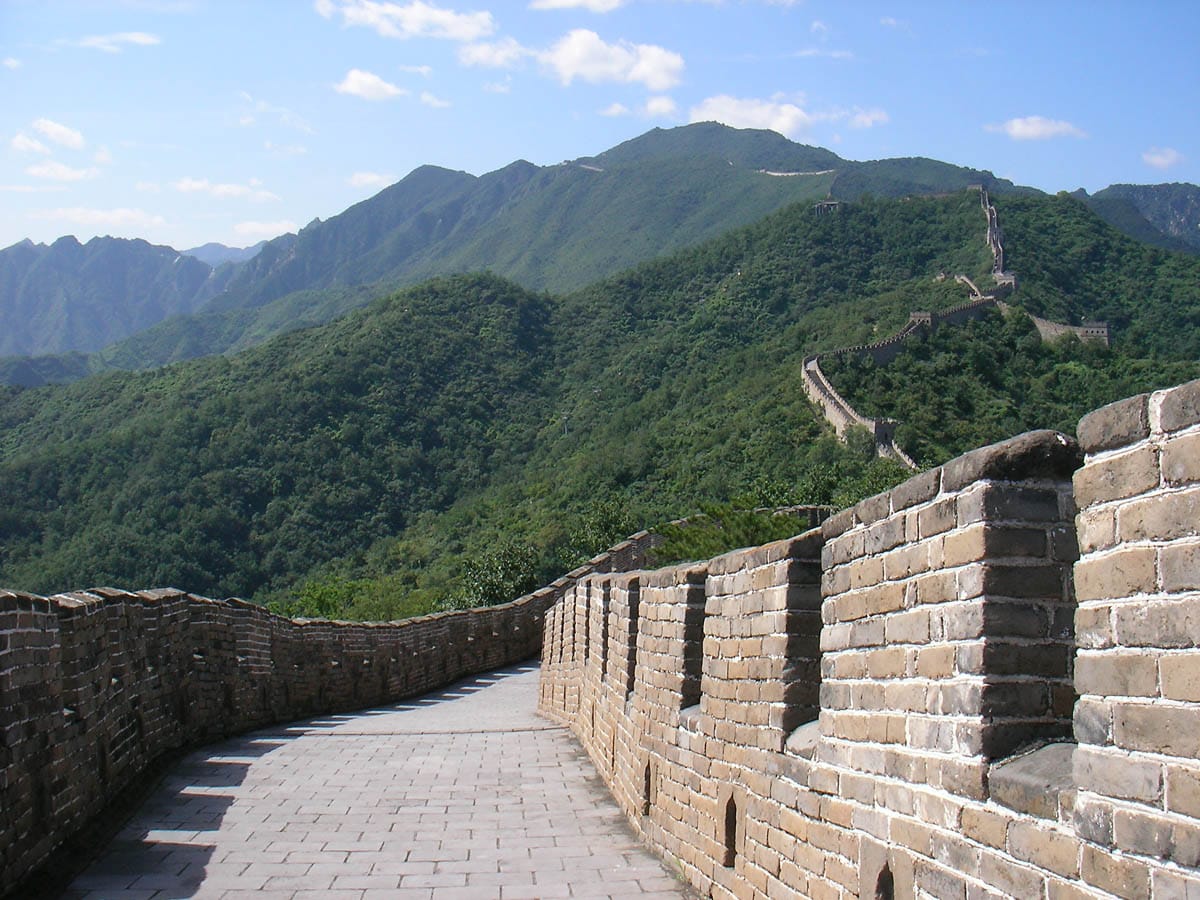 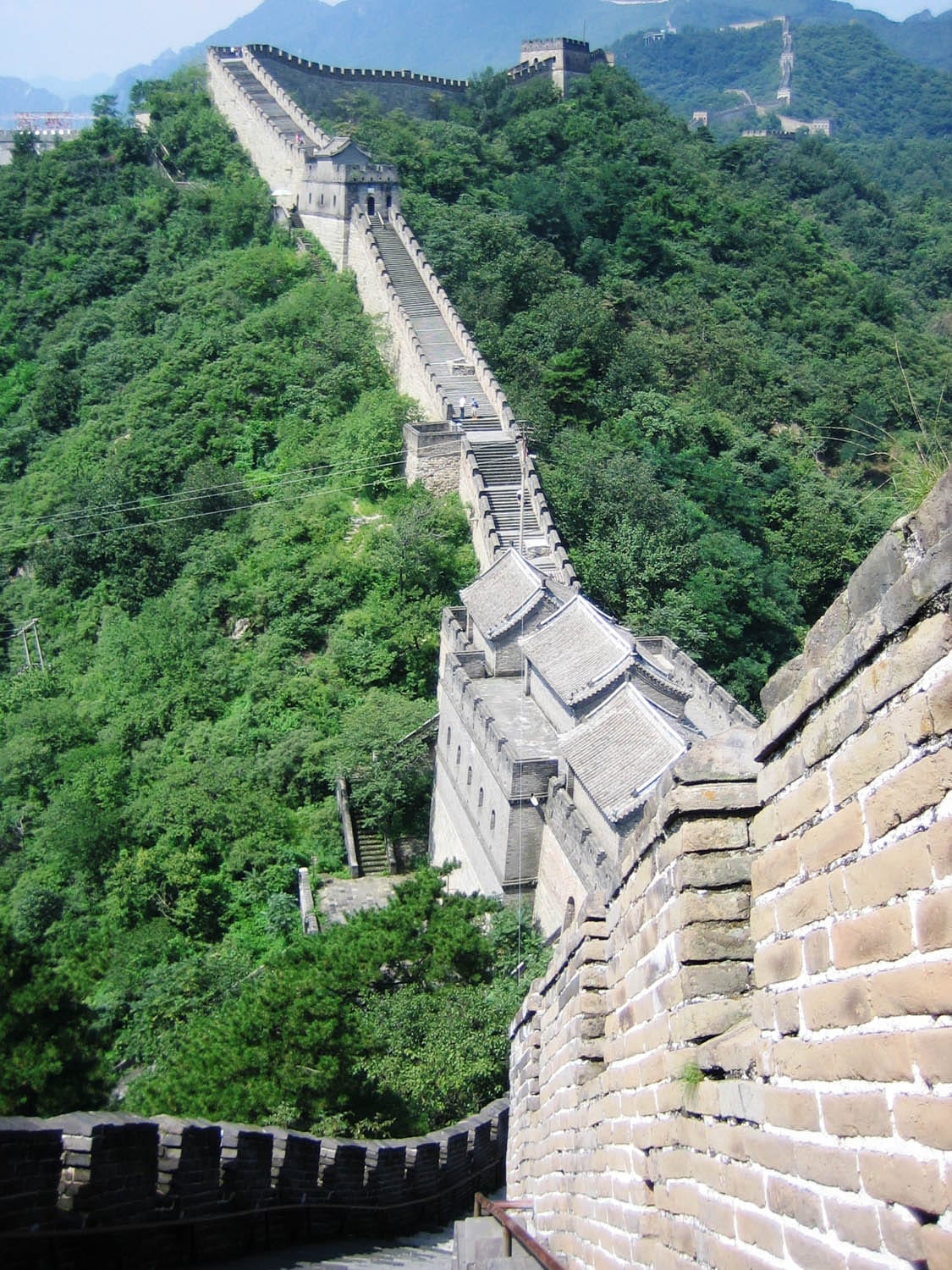 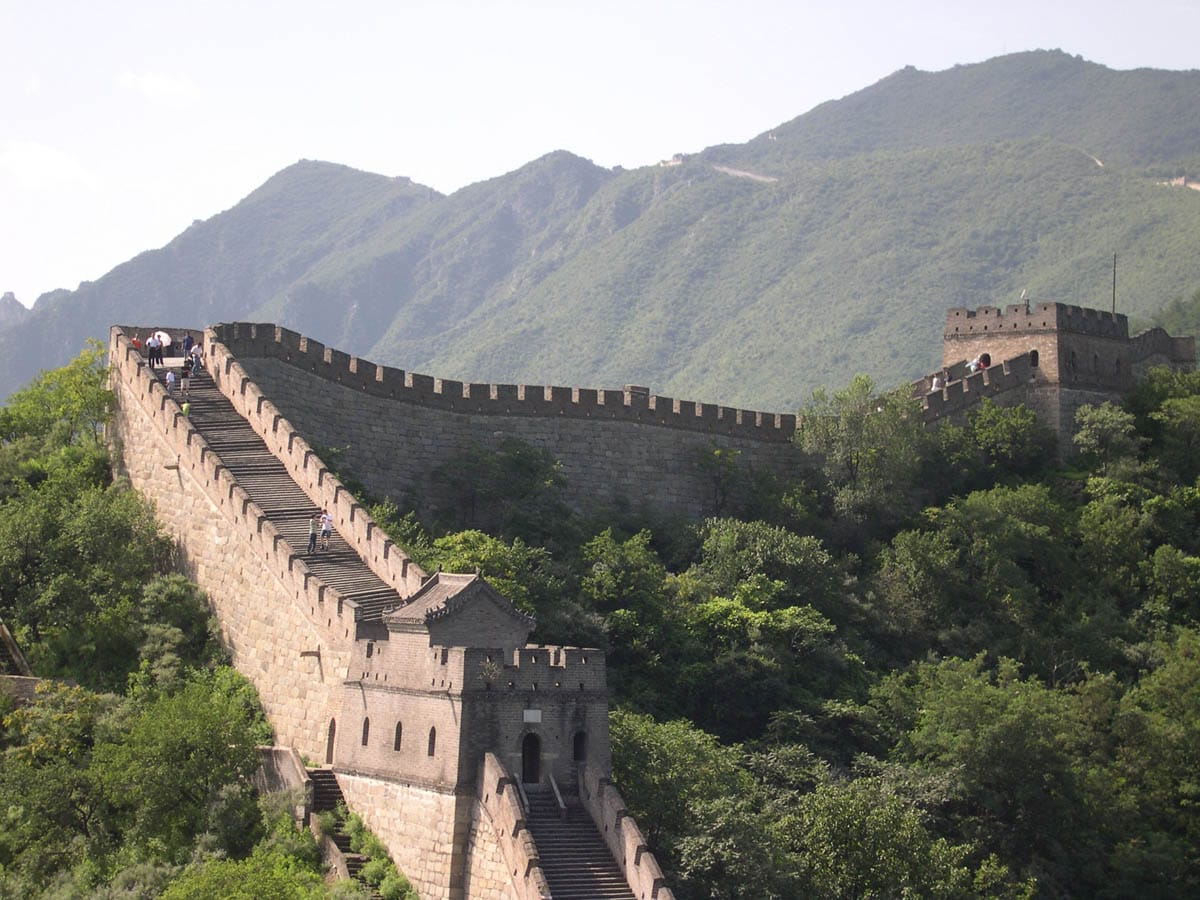 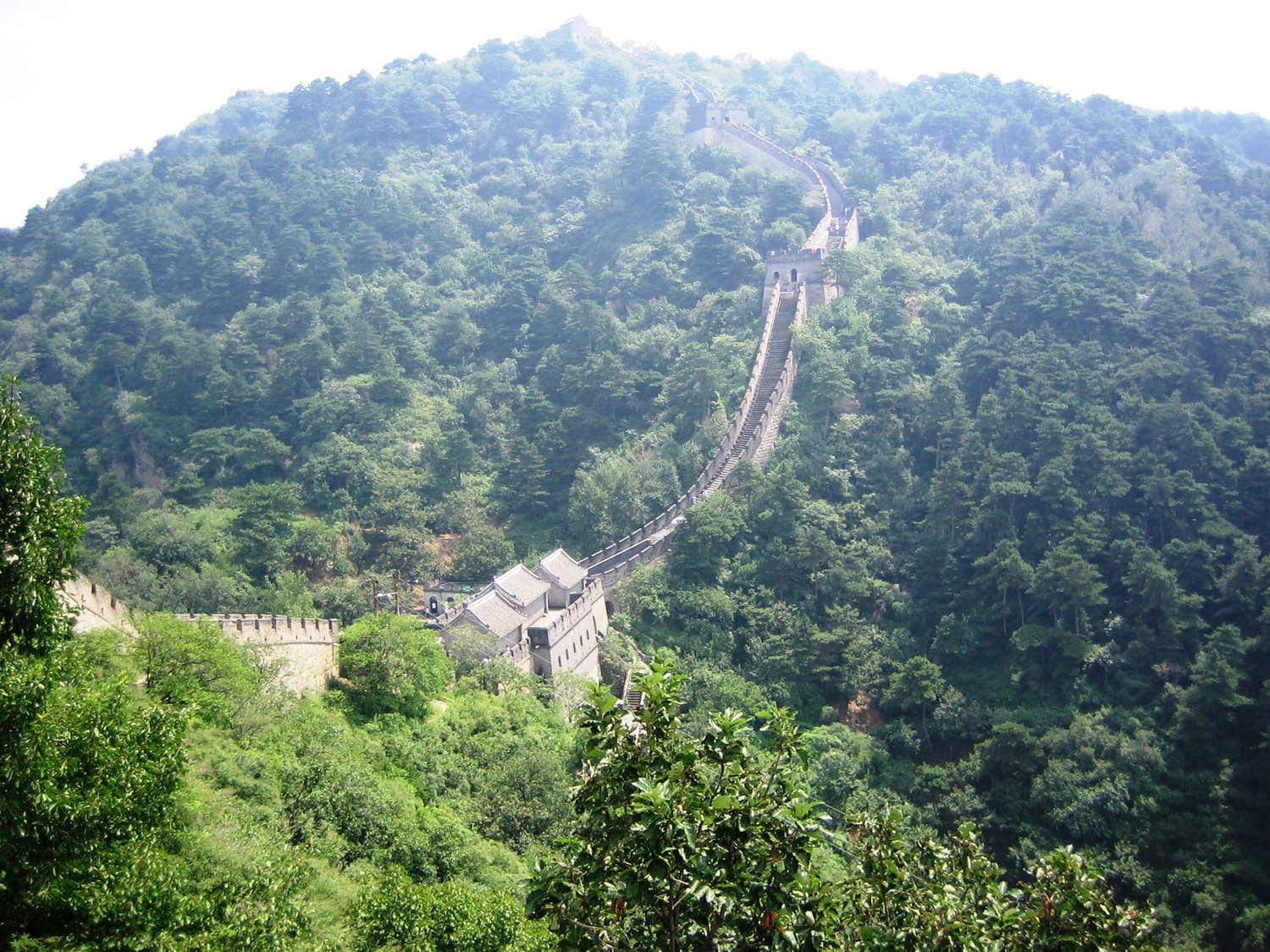 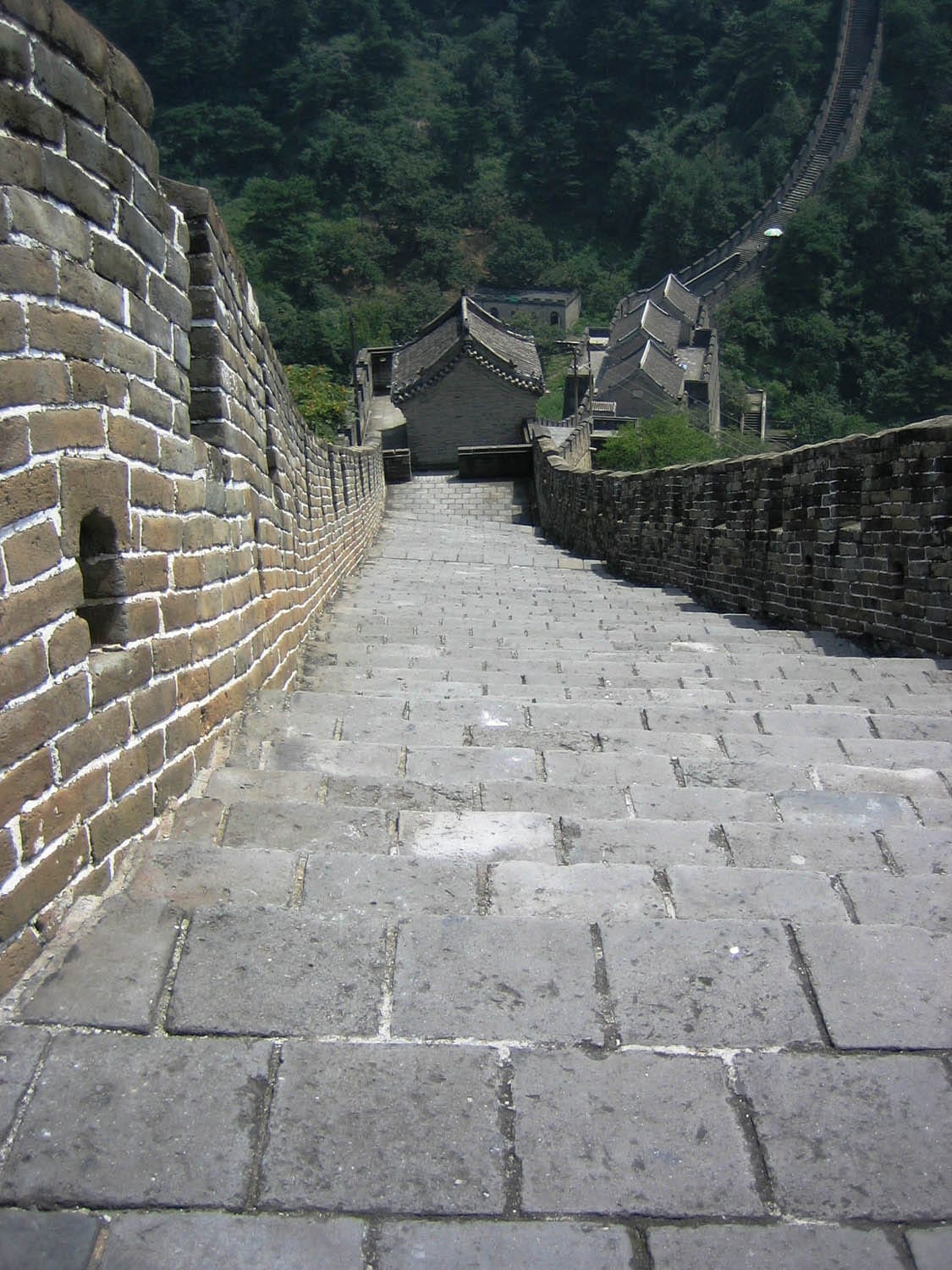 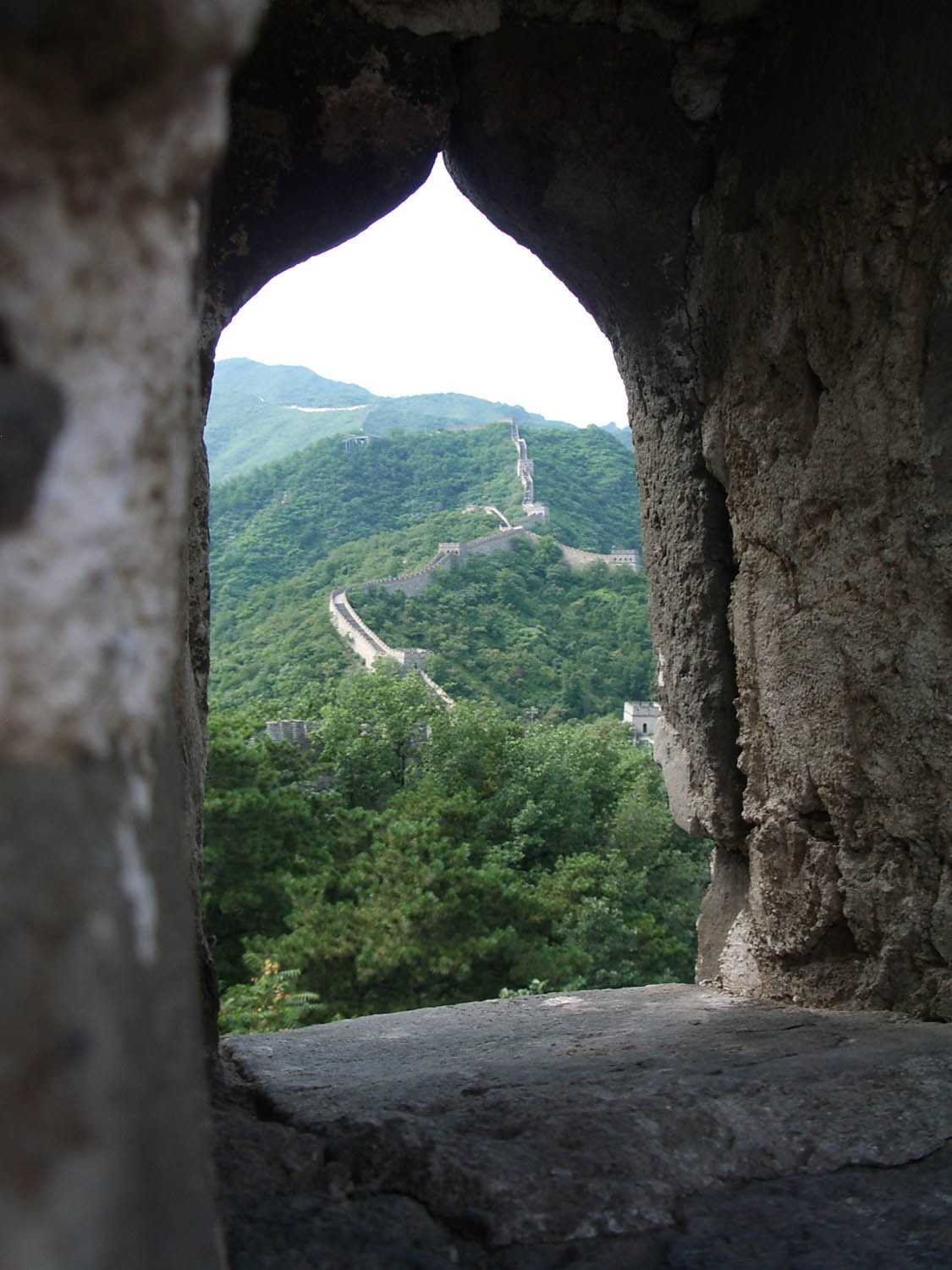 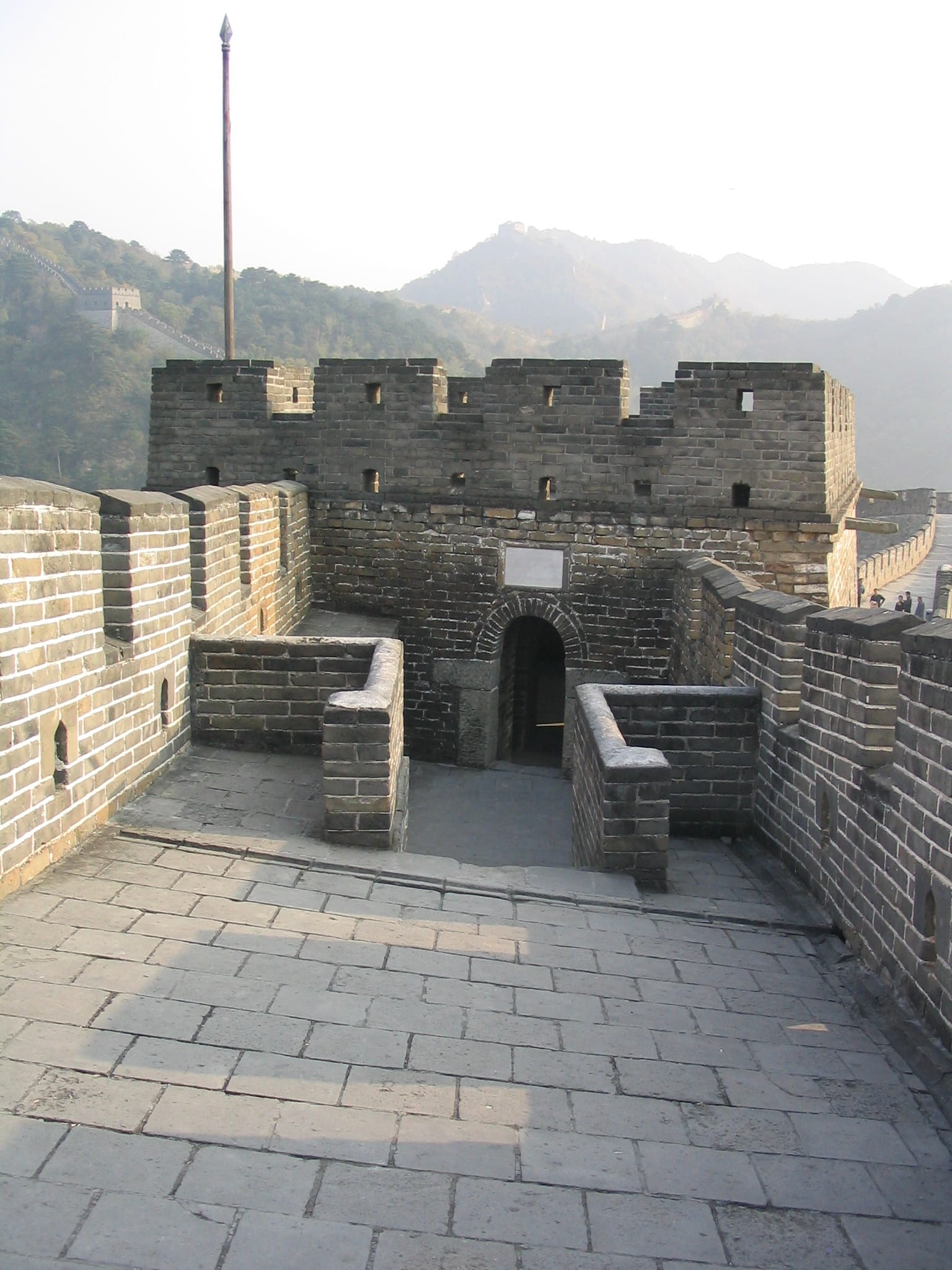 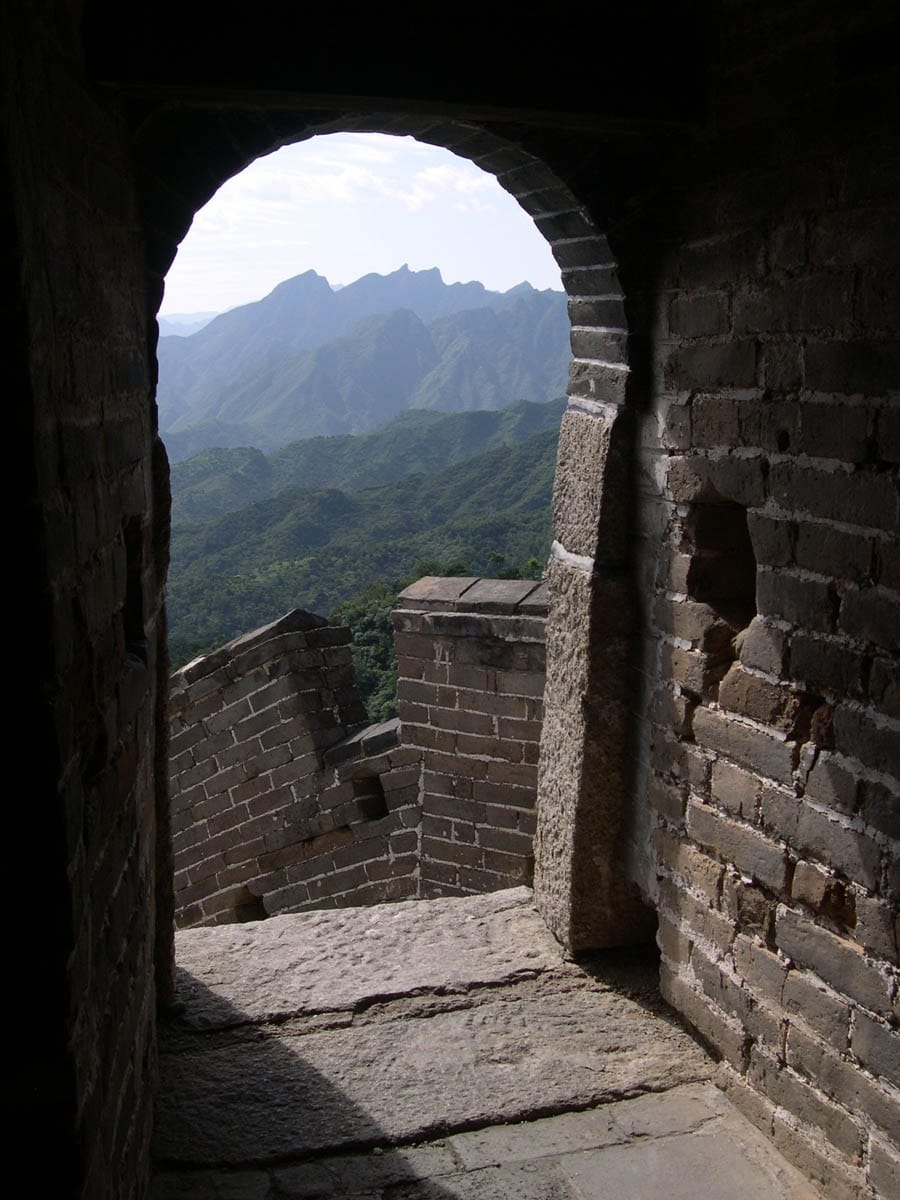 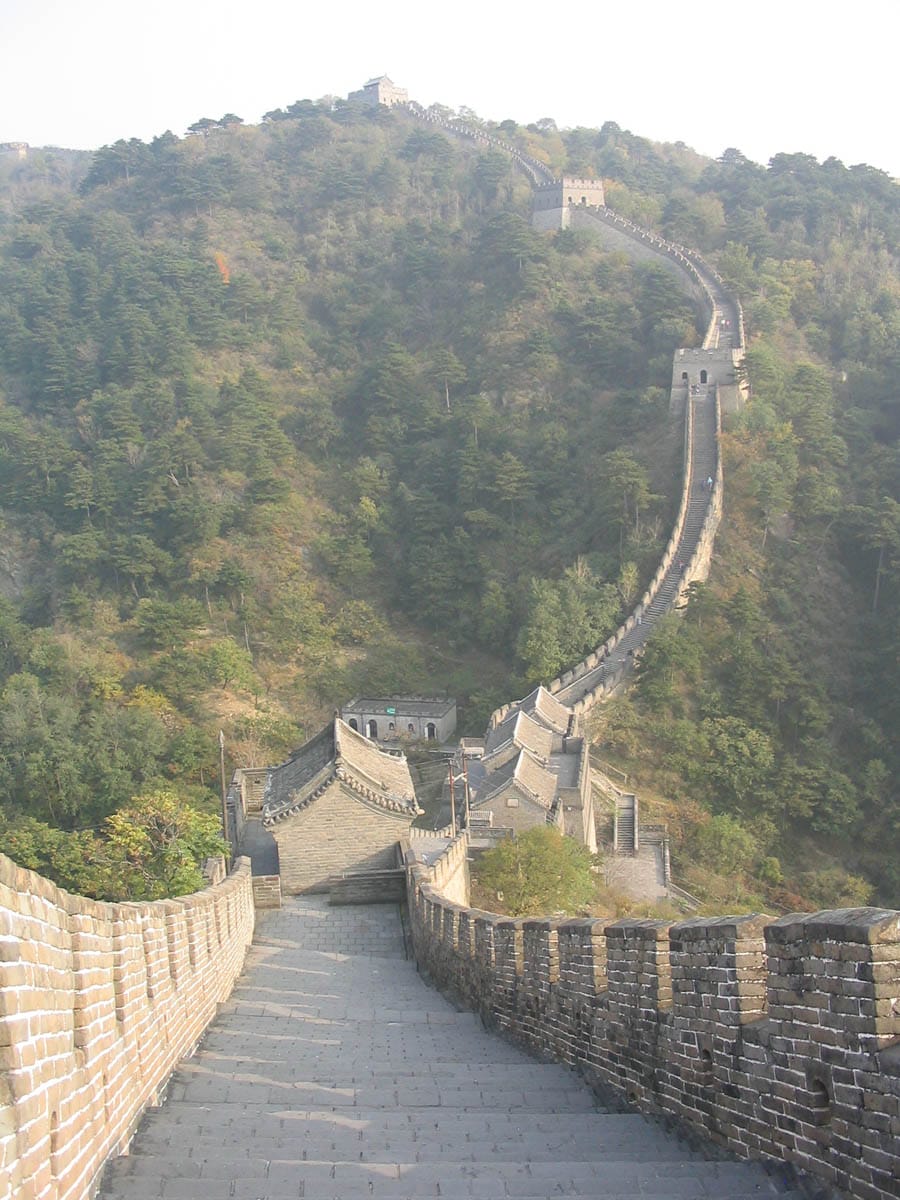 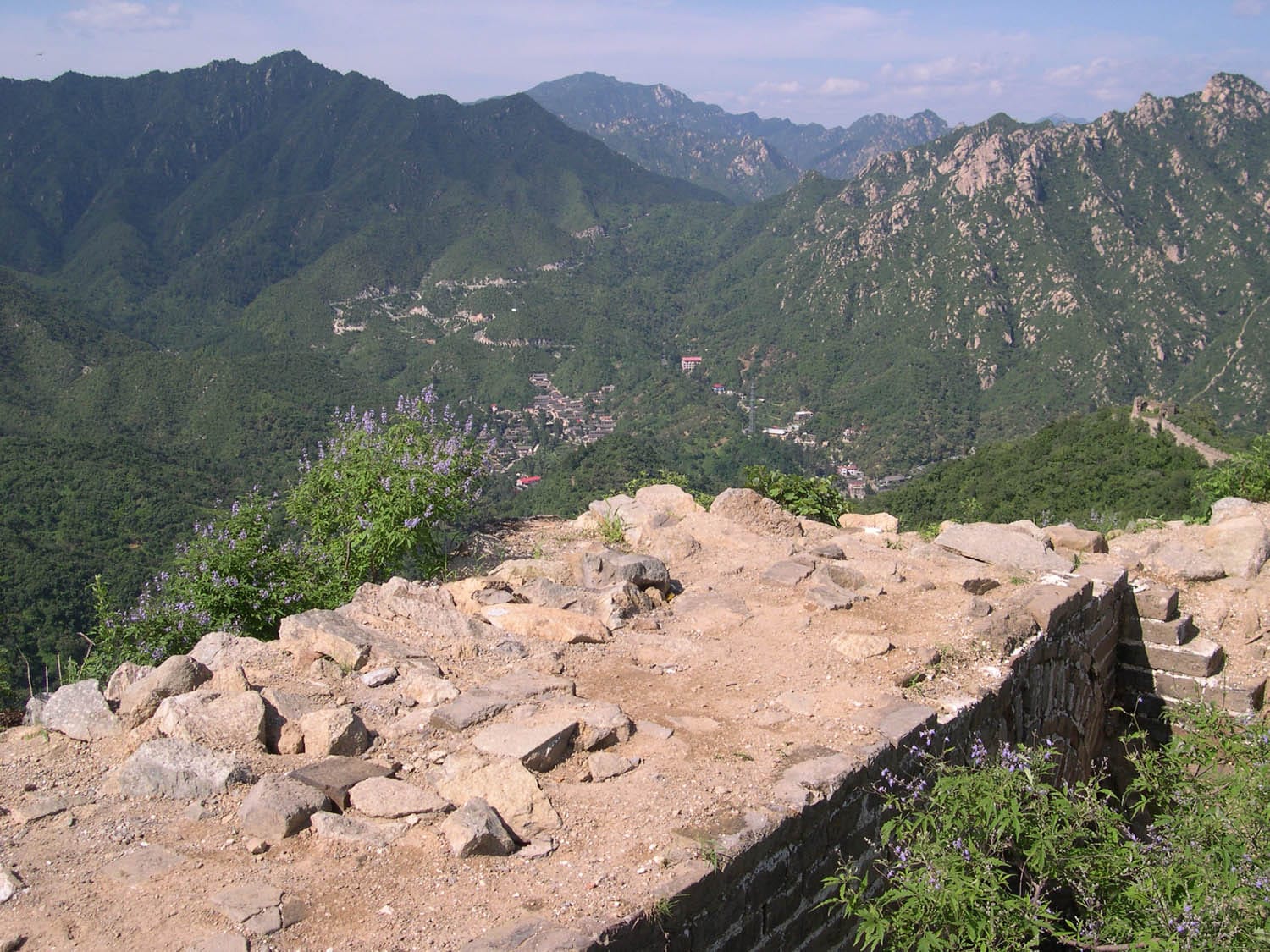 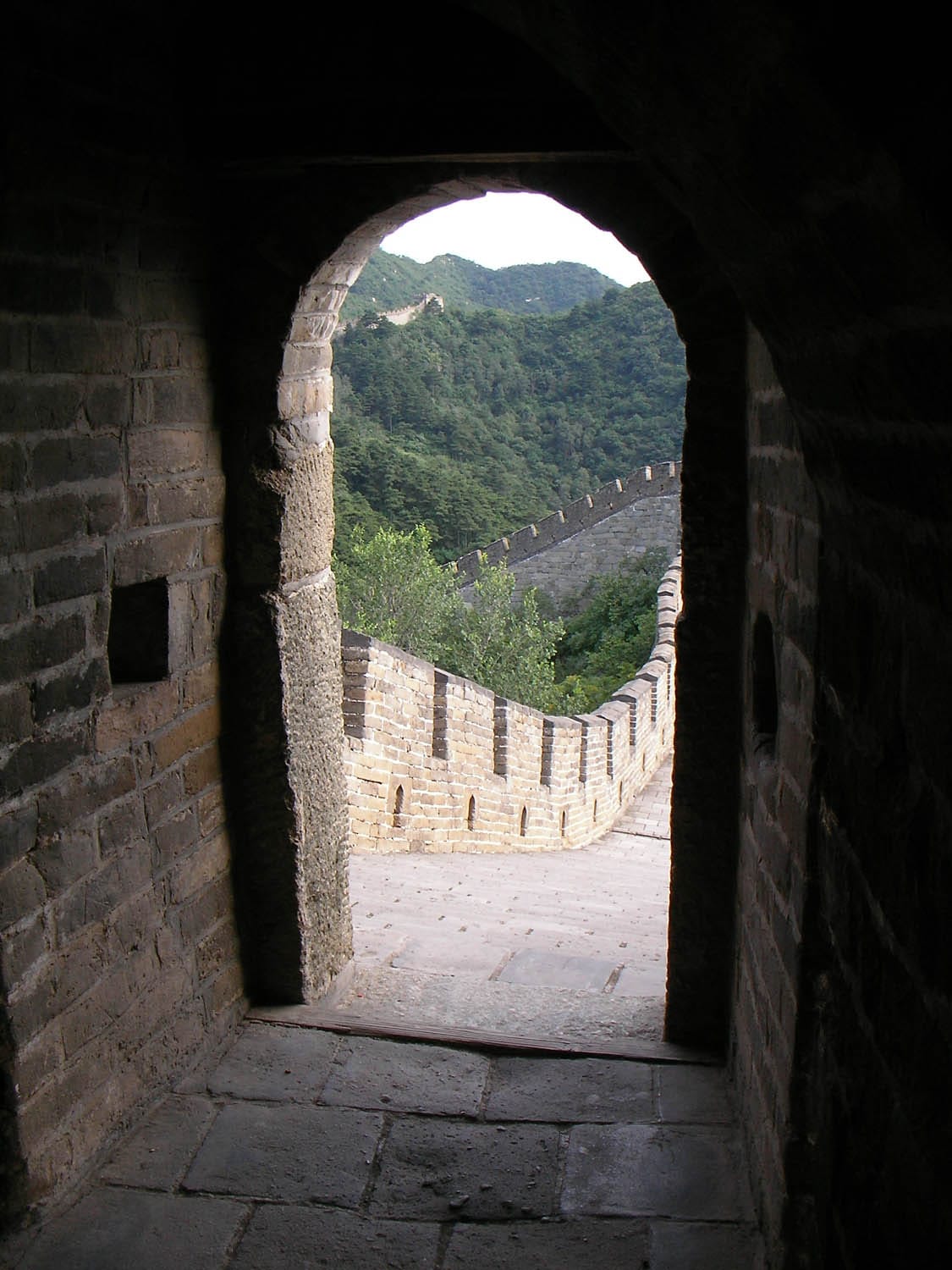 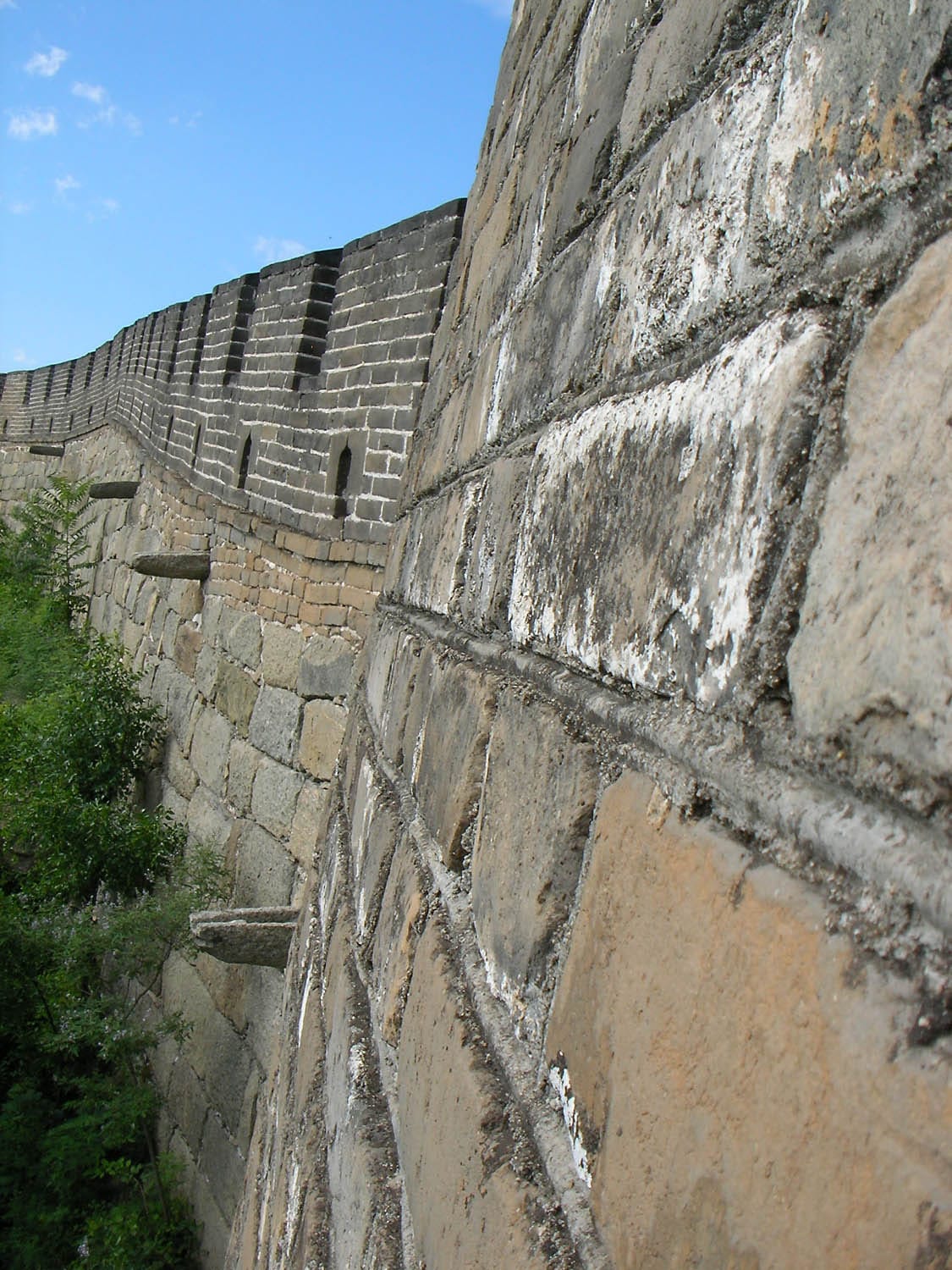 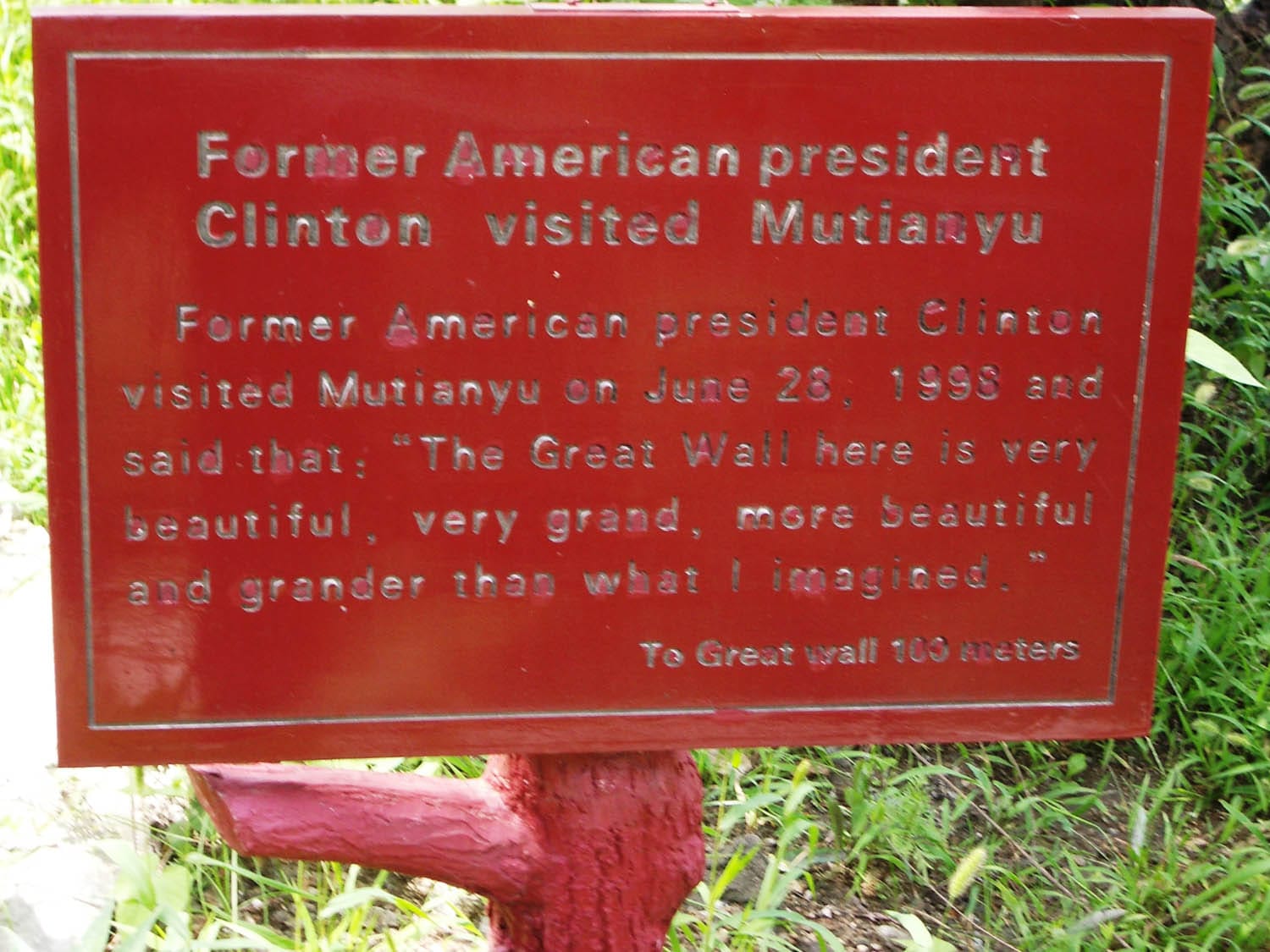 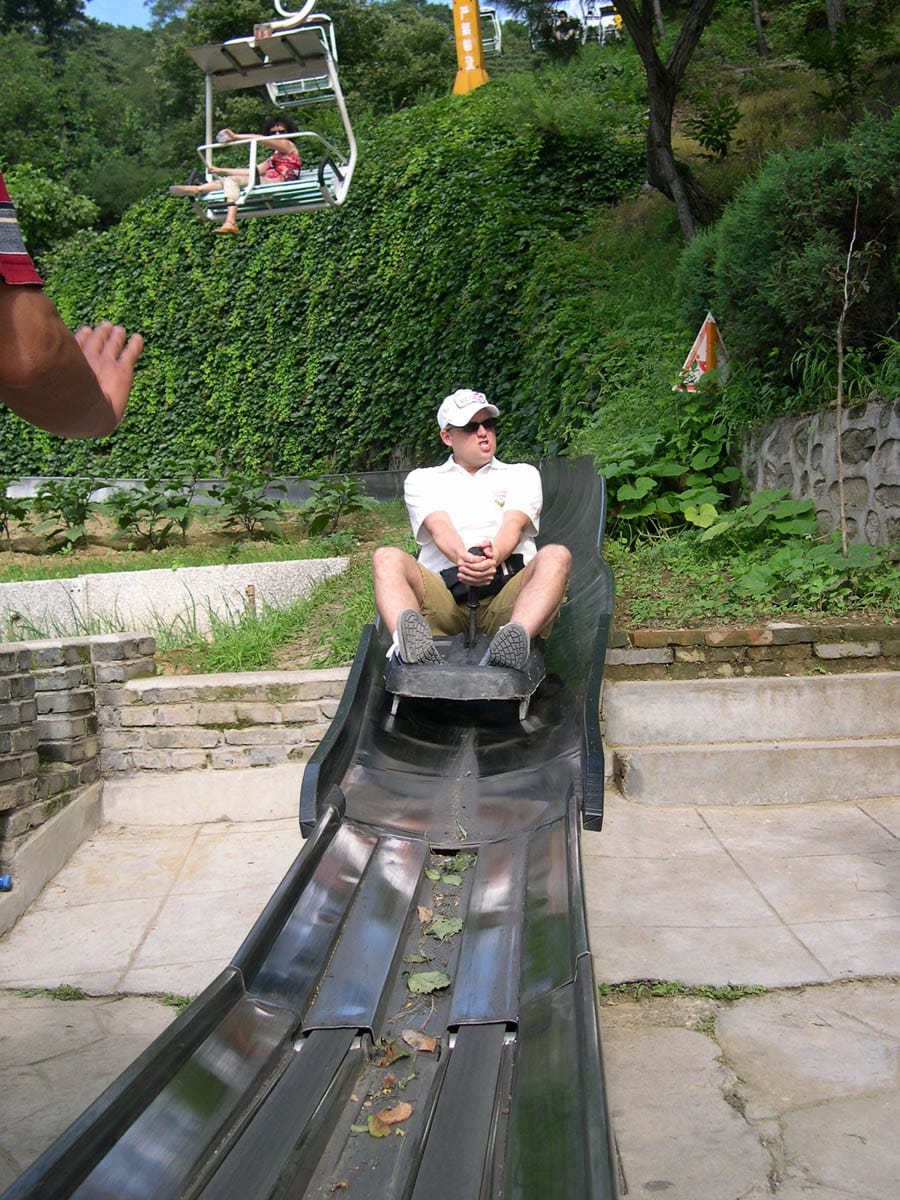 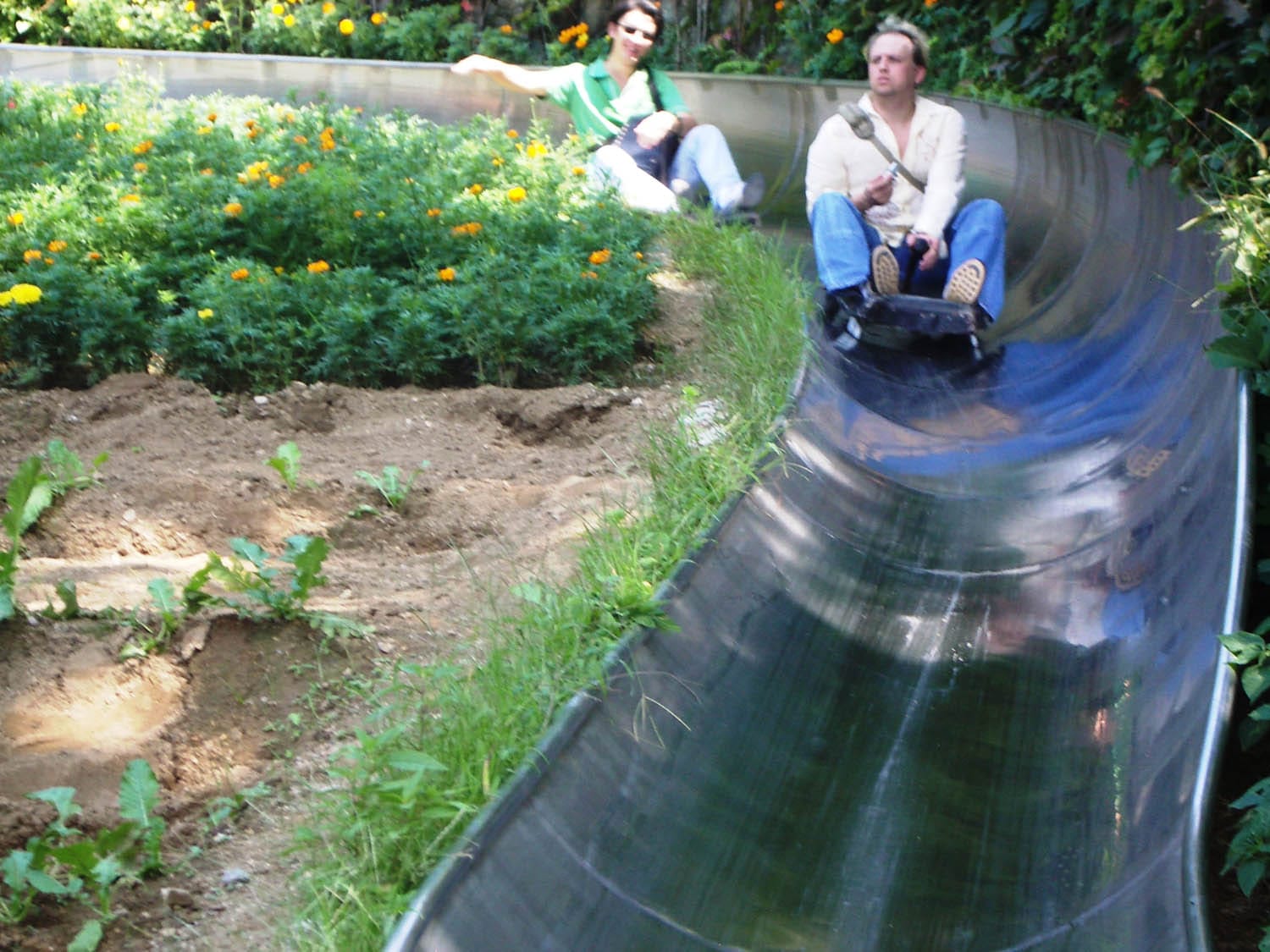 There are about 14 sections of the Great Wall that are relatively close to Beijing.  Most Chinese tour operators want to take you to the “Badaling” section, where they earn high commissions, however, I strong recommend the “Mutianyu” (慕田峪) section, which until recently was banned for Chinese tourists (only foreigners and government officials were allowed there), and is where Presidents Clinton and Nixon on walked – look for the plaques.

The Mutianyu wall was reconstructed during the early Ming Dynasty (1368-1644) on the ruins of the wall built during the Northern Qi Dynasty (550-557). Hence, the wall has a history of over 1400 years. In 1404, the Mutianyu Pass was added to the wall and in 1569 it was restored again. This fortified section was the site of many battles which took place during the Ming Dynasty. The wall, which stands seven to eight meters (23-26 feet) high and four to five meters (13-16 feet) wide, is mainly made of slabs of granite, which make it extremely strong. The Mutianyu section has its own characteristics. The coping on both sides of the wall has parapets and battlements, which made it possible to repel foes from either side. The bases of the indented battlements have square holes arched at the top from which soldiers shot at the besiegers. Additional walls with watchtowers were built in order to relieve the enemy’s assault on the main wall which is densely distributed with watchtowers, twenty-two in total. The wall runs up and down following the contours of the steep mountainsides. In one section it rises with a gradient of nearly 90 degrees on bare rock posing a challenge to any climbers.

When you arrive at the base of the wall, go up in the chair lift, and ensure you come down only on the stainless steel toboggan sled (it’s wild!!!).  Suggest you spend most of your time going to the right (down the “big dipper”, through the gate houses and to the top of the adjacent hill where original unrestored remnants exists – amazing photos to be had). 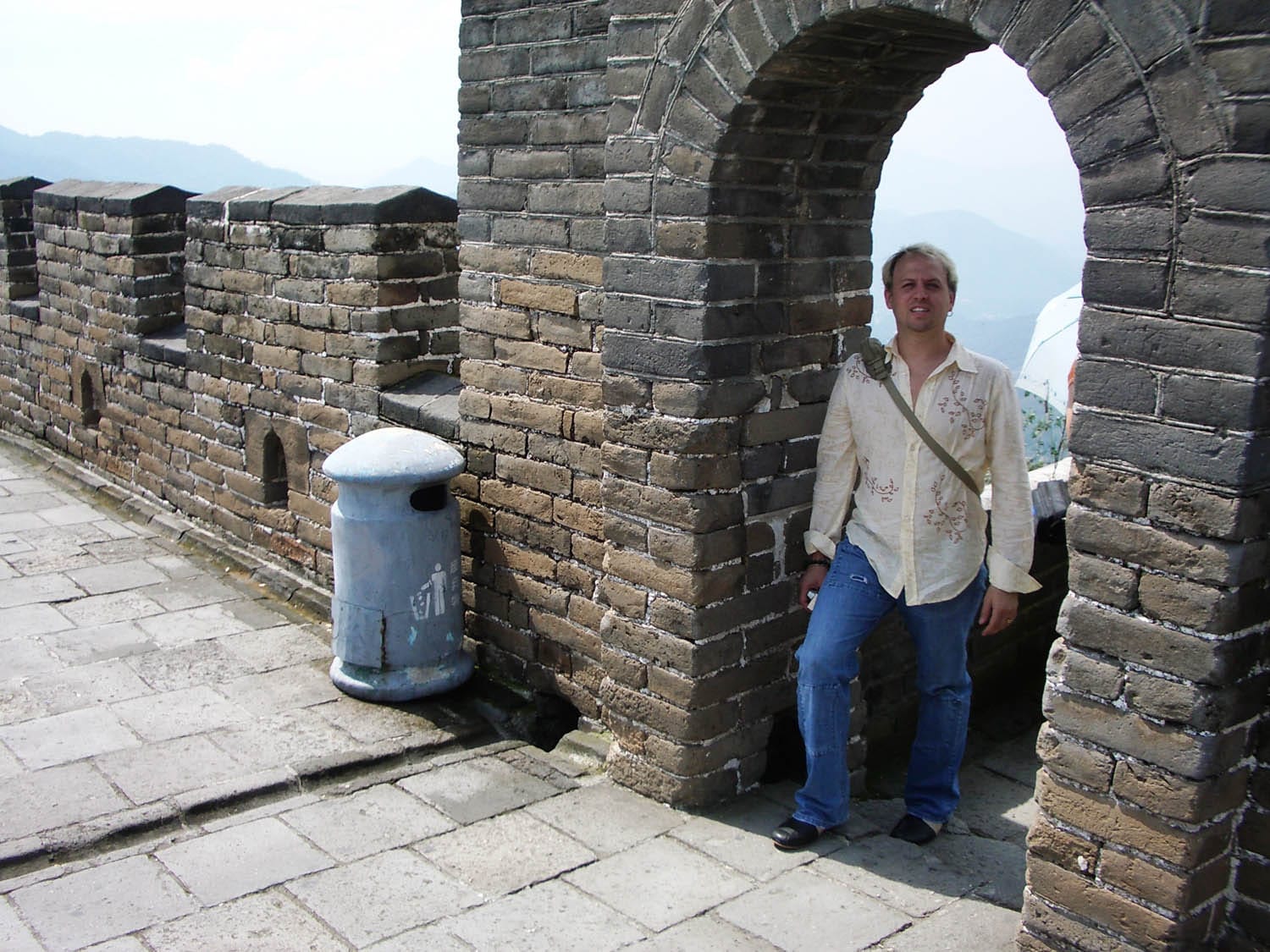 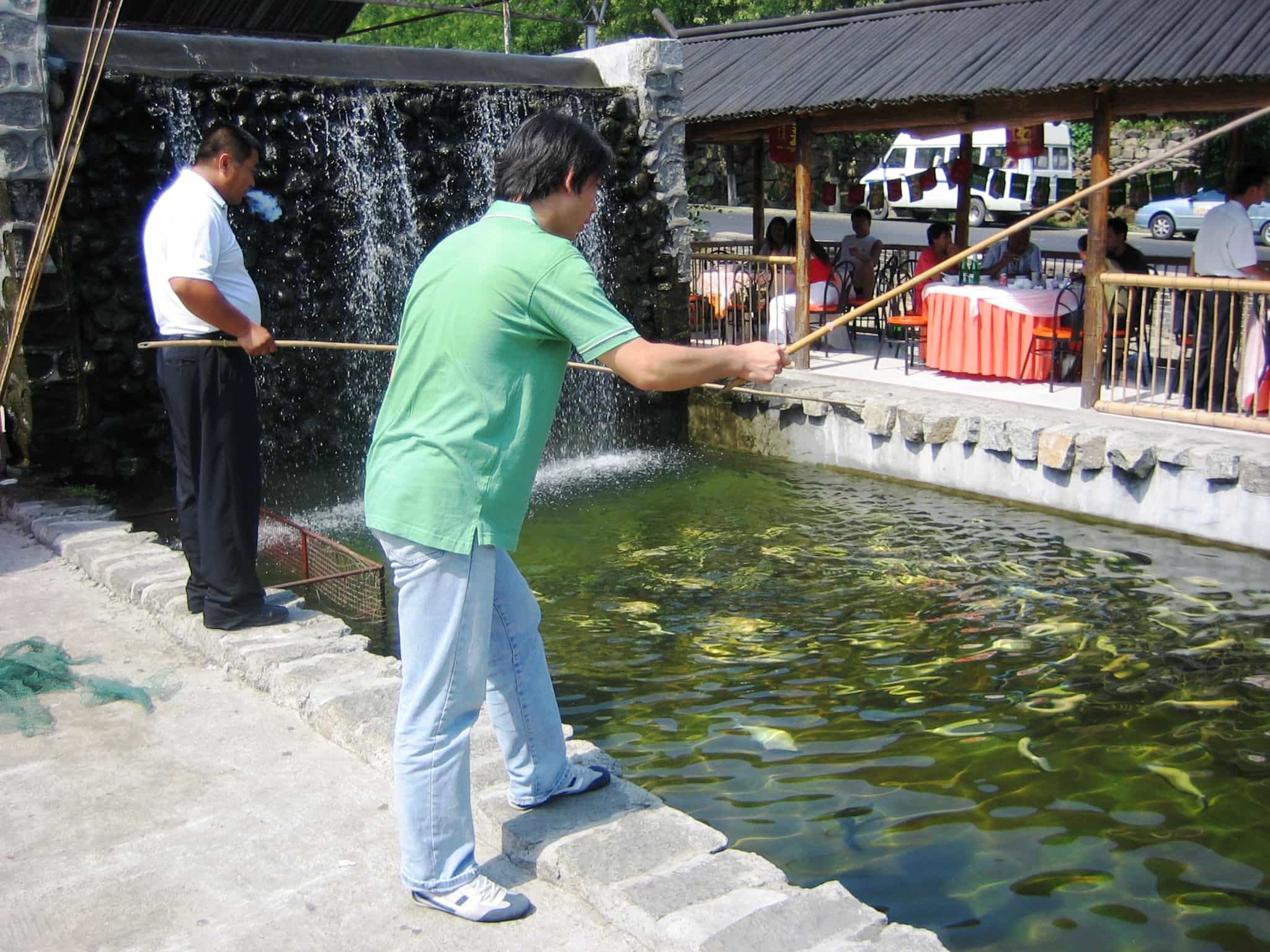 If time on the way back, stop at one of the road side self fishing restaurants to see people catching their own lunch, and still if time, consider the Summer Palace as a quick stop enroute back.

Simatai is home to some of the most jawdropping wall-views. The wall runs along sheer cliffs and plunges hundreds of metres down mountainsides. There is a cable car to one of the highest points, the alternative if you want to reach this part is a lot of steep climbs. If you plan to do it on foot, equip yourself so that you can have both hands free if necessary.
Admission: ~ RMB 30, the cable car a further ~ RMB 50.
A taxi from Beijing will cost ~ RMB 400-500 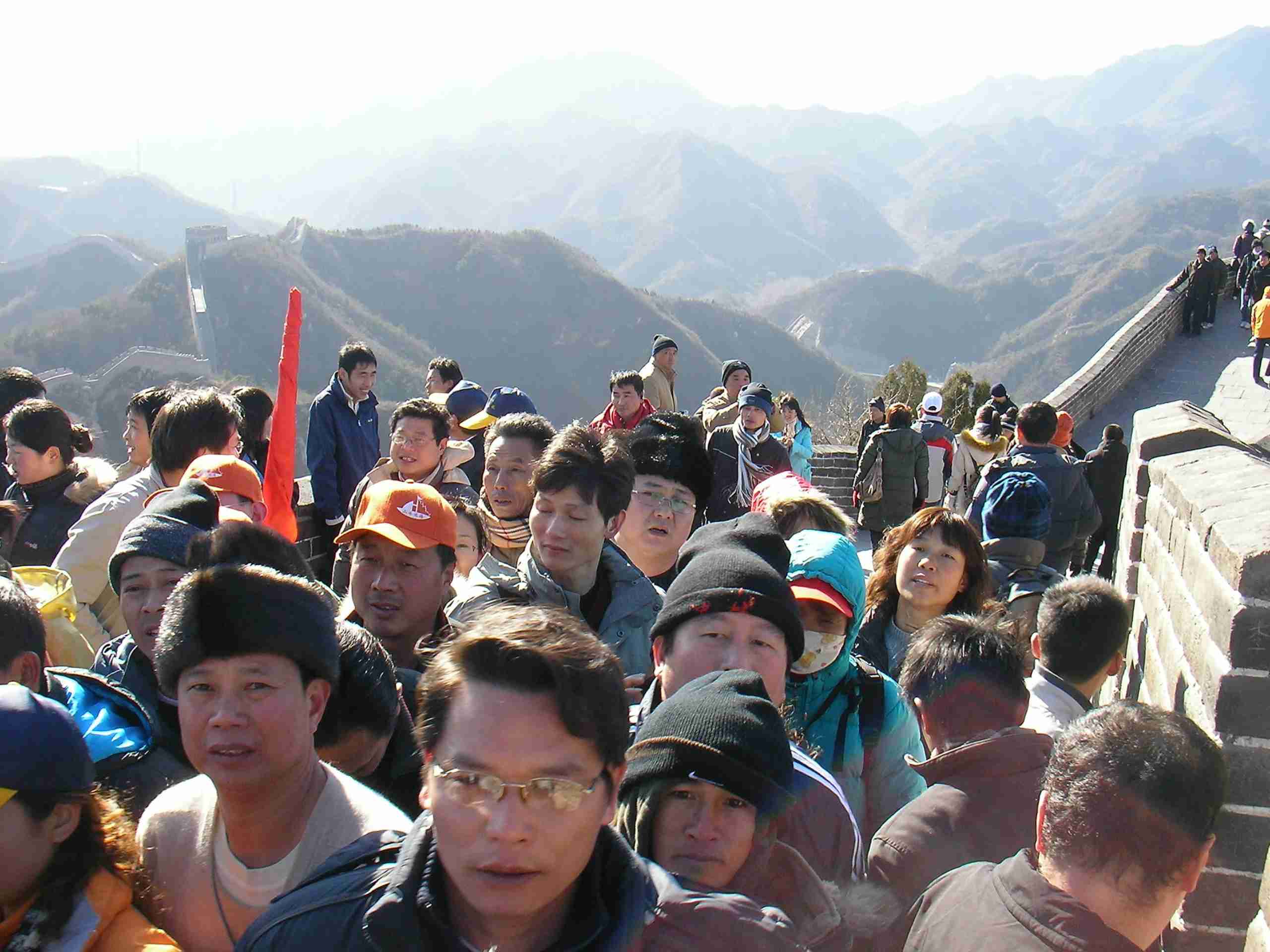 Badaling 八达岭
This is one of the easiest parts of the wall to get to, and possibly the most renovated part. This is where Chinese tourists are brought on masse.  The sights are smashing, but the drawback is that it’s also the most crowded and the most commercial.  Great wall ashtrays, elements of the wall covered under perspex and a weird Bear World (with live black bears living in concrete pits) associated with Badaling at the base of the wall that you have to exit through.
Admission: ~ RMB 45
A taxi from Beijing will cost ~ RMB 400-500

Juyongguan 居庸关
Juyongguan is much the same story as Badaling, the views are great and it’s easy to get to, but you might find it a little more crowded than it was in the days of marauding Huns.
Admission: ~ RMB 45
A taxi from Beijing will cost ~ RMB 400-450 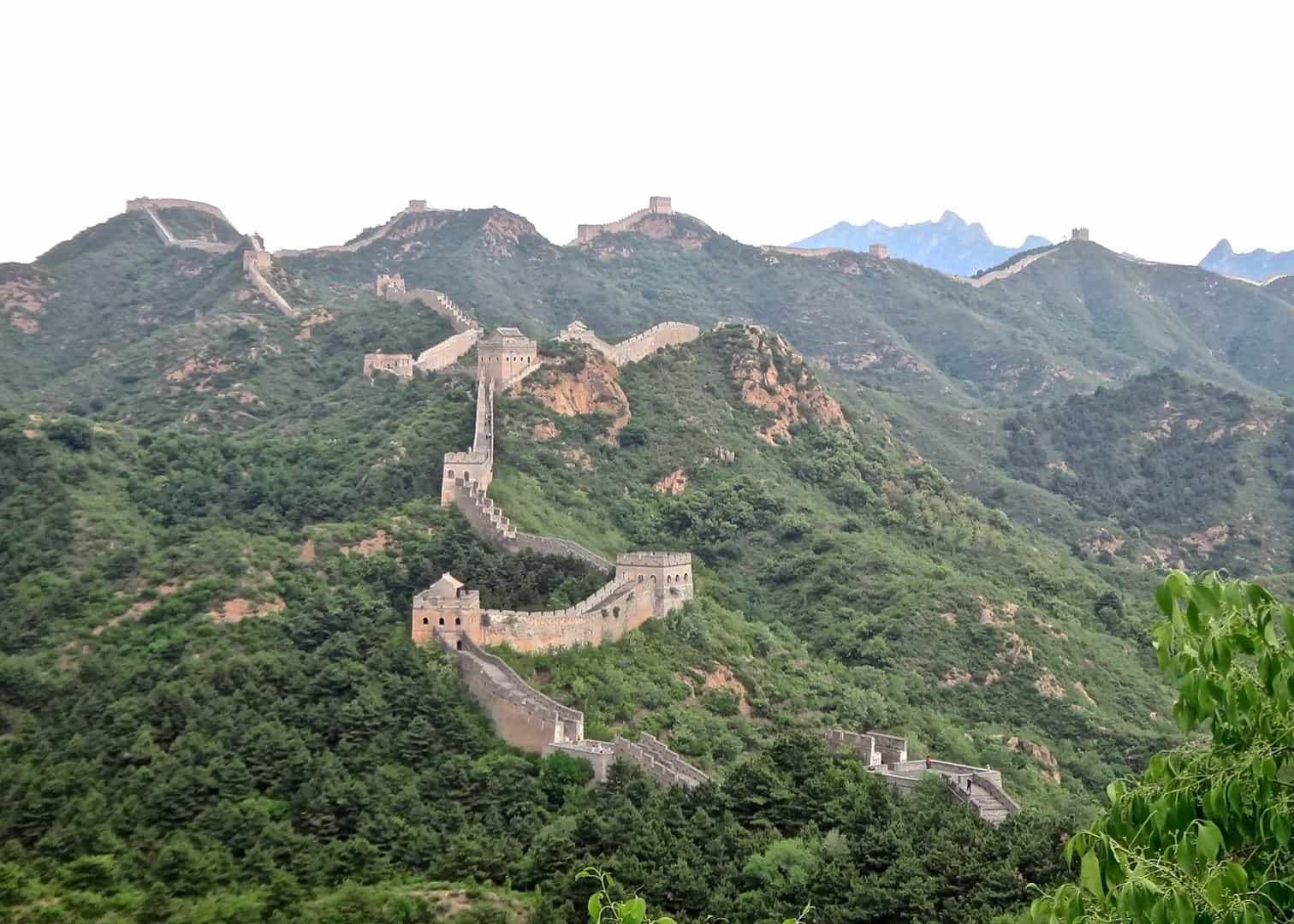 Jinshanling 金山岭
Jinshanling is a very charming, unrepaired section of wall with crumbling watchtowers and pretty vistas. It can be start of a walk towards the even more impressive, but slightly more touristed, Simatai. The hike is about ten kilometres, but it’s very tough going.
Admission: ~ RMB 35
A taxi from Beijing will cost ~ RMB 500-550

Gubeikou 古北口
Gubeikou itself is home to another very wild section of wall, and there’s a temple too.
Admission: ~ RMB 35
A taxi from Beijing will cost ~ RMB 450-550

Huanghua 黄花
This is one of the wildest accessible sections of the wall. A few years ago there was no tourist infrastructure whatever here, apart from a man demanding RMB 1 for tickets. The government has been restoring some areas of the wall to make them safer.
Admission: ~ RMB 15
A taxi from Beijing will cost ~ RMB 500