The Golden Age of Air Travel on the B747 Jumbo Jet

The Boeing 747 Jumbo jet had only been in operation for a year or 2, and was considered at the time, the pinnacle of 1st class travel experiences. Prior to this airplane, the typical journey from Australia to England or the USA would take weeks, or months via cruise ships, or over a week on the clipper with 8 or 12 hops. The B747 changed all that, and in a level of luxury that made passengers enthusiastic about dressing up for the experience.

The B747 was the first airplane to offer in-flight movies (via a flip-over screen at front of economy section) along with weird plastic tube headsets. 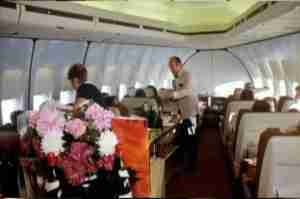 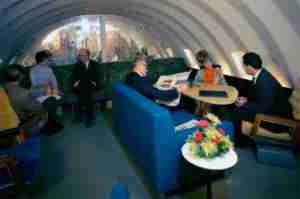 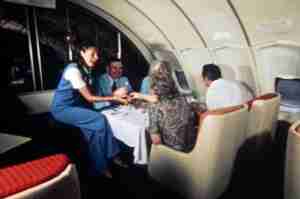