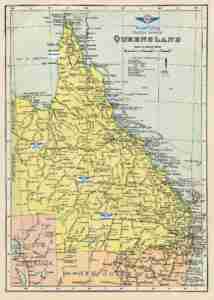 In late 1976 until early 1978 I was fortunate to be able to volunteer for the Royal Flying Doctor Service (Queensland Section) at various after school events, holidays and in their downtown office.  I flew on clinic runs to remote stations, and spent a week in Aurukun & enjoyed a corroboree with the Winda Winda people.

The Royal Flying Doctor Service is an Australian non-profit air medical service providing 24-hour emergency and primary health care services to rural, remote and regional areas to people who cannot access a hospital or general practice due to the vast distances of the Outback.  It is one of the largest and most comprehensive aeromedical organisations in the world.

Upon returning from Washington DC, and after retiring from his military and diplomatic career, my father took over as the manager of the Royal Flying Doctor Service and I was given terrific opportunities to get very close to the day-to-day operations of the service at different times because of both my volunteer work and my father wanting to use me as a PR tool for various kids magazines, EKKA (exhibition) talk-backs and other educational projects to teach other kids.

I went on what they call “clinic runs” where I would fly to one of its remote bases (Charleville, Mt. Isa, Longreach and Cairns) and then spend a week traveling with the pilot and doctor (later permanently adding a nurse at my fathers instigation along with defibrillators) on a regularly scheduled run to remote communities where the doctor would check on local health conditions, vaccinate local residents and provide general medical assistance.  We would often land on dirt strips on private stations (farms) or highways (when lucky) or even on grass.

One of these trips was particularly interesting where we flew up to an aboriginal settlement in Aurukun located on the west coast of the Cape York Peninsula in Northern Queensland.   All of the ground is red pebbles which is actually bauxite… What was intended to be a few hours stay as part of a clinic run, changed to a week, due to a medical emergency in the southern cape where a jackaroo (Australian cowboy), while riding his horse at full gallop, not noticing a wire clothesline between 2 trees, ripped his jaw from his face, and needed to be aerovac’d to Cairns hospital.  The doctor and plane left immediately, leaving me behind with a small bag of essentials to await their return. 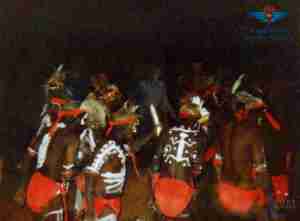 Therefore I was not able to be picked up from Aurukun for about a week, which allowed me to experience local indigenous life, while living in a tent, on the border of Winda Winda and Wik indigenous lands near the Archer River.   I stayed there for a few days enjoying a corroboree (a sacred ceremony and festive celebration) which on this occasion was an initiation of a boy becoming a man.  The elders also instructed some of the men to teach me how to spear, use a woomera (spear thrower) and be really, really, really bad at throwing boomerangs.

A corroboree is actually generic word for a meeting of Australian Aboriginal peoples. It may be a sacred ceremony, a festive celebration, or a warlike nature. It usually includes dance, music and body decoration.  The sounds of their vocals and wood clanging I vividly recall, although I admit I did not understand any of it.

When I left, the Winda Winda elders gave me a spear, woomera and boomerang which became a prized possessions in my Mum’s home for 40 years.

The Royal Flying Doctor Service is an amazing organization and it’s so fascinating how their strategically located bases provide incredible medical coverage across such a vast land the size of Australia (about the same as the USA, but 95% live on the coastline in the 6 major cities).  I recall that during my fathers time, a group from Saudi Arabia came to study how the service works, to implement a version in their own country (which they did).

In addition to medical ambulance and clinic runs, they also provide pharmaceutical services and (used to) use their radio network for remote learning education. 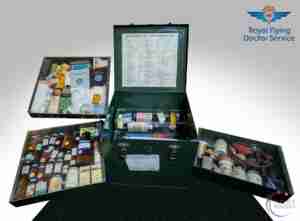 There were about 1,000 Royal Flying Doctor Service Medical Chests located throughout Queensland. They allowed patients to be treated via radio or telephone connected to a doctor for a range of medical conditions including anti-venom for snakebite, antibiotics for infections, pain relief prior to medical evacuation and more. They contain a variety of first aid items, medications and pain relief, and the chest is coded with a series of letters and numbers so they can correctly administer and dispense simply over the radio. (ie, “open draw 2, and take 4 tablets of box F34 ever 6 hours“) and the chest was replenished and updated multiple times a year during clinic runs.

To donate, or for more information, visit: https://www.flyingdoctor.org.au 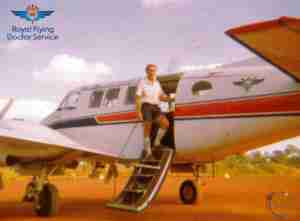 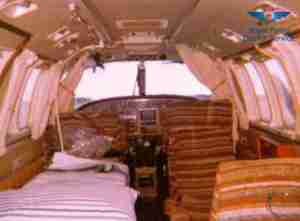 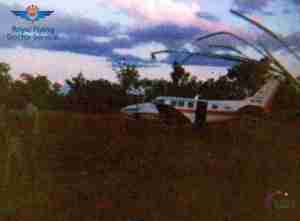 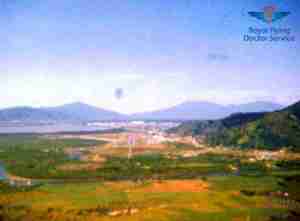 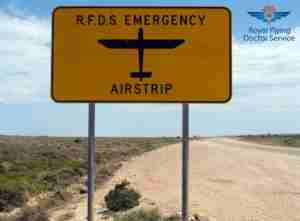 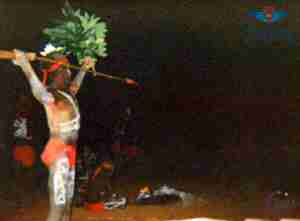 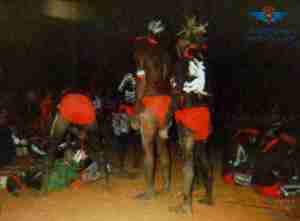