August 13 is the annual left-handers’ day. 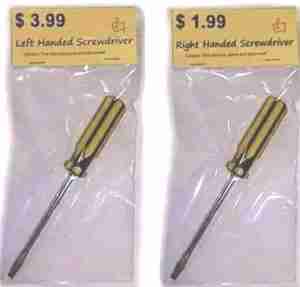 It’s not always easy being a left handed person in a right-handed world. In fact, only around 10% to 15% of the population is left handed, which means that most things are designed for righties, often leaving us lefties to fend for ourselves,

But being left handed doesn’t have to stand in the way of success.  I take comfort knowing that a seemingly disproportionate number of famous people live their lives southpaw style.

In the old days of handwriting, using spiral notebooks and three-ring binders is a special kind of torture. The rings made it impossible for left handed people to lay their hands flat on the page and write normally.

When we hold a tape measure in our left hand, the numbers are upside down.

Every time we used to swipe a credit card (thank goodness for digital QR codes), it was on the right side of the machine. Reaching over and swiping the card downward in our left hand feels weird. Of course, switching it to the right hand usually feels even weirder.

Car cup holders are almost never on the left for drivers. Lefties have to grab drinks with their right hand. We dream of drinking piping hot coffee with our natural left hand.

Thankfully, in this modern age of technology, us left handers only really have to worry about smudging our penmanship when signing documents and getting ink smeared over our left fist. 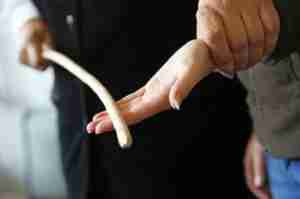 Until recently left handed people were historically forced as children to use their right hands for tasks where they would naturally use their left hand. Presumably along with millions of other left handers in the last decade, I experienced this at school being caned when writing with my left hand.  This still happens in some countries now.

In many parts of the world, the left hand is considered unclean or rude to use. If you’re left-handed and in India, Pakistan, Bangladesh, Indonesia, Nepal or the Middle East, it’s thought as rude behavior to eat, pick up or hand over things with your left hand.

Even language proves that left handers get a bad rap. In French, “gauche” can mean “left” or “clumsy”. In English the word ‘left’ comes from the Anglo-Saxon word ‘lyft‘, meaning ‘weak’. “Right” also means “to be right”.

Left handed people have been considered unlucky and even evil – the word “sinister” comes from the Latin word for left.  In the Middle Ages, lefties were associated with the devil and often accused of the crime of witchcraft, meaning they would get burned at the stake.

The left and right side of the brain 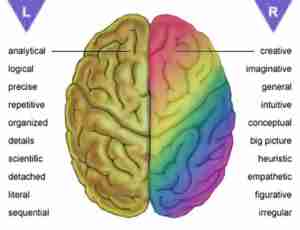 The brain is cross-wired, meaning that the right side controls the left side of the body and vice versa.  Scientists at the University of Oxford say that the brains of left handed people work differently than right-handed people.

Scientists say the two sides of the brain were better connected in lefties and more co-ordinated, particularly in the areas that involve using general creativity.

So, if you are also left handed you might find yourself with a slightly unusual way your brain is organised and therefore take pride that suddenly being left handed gives you skills that other people don’t have. 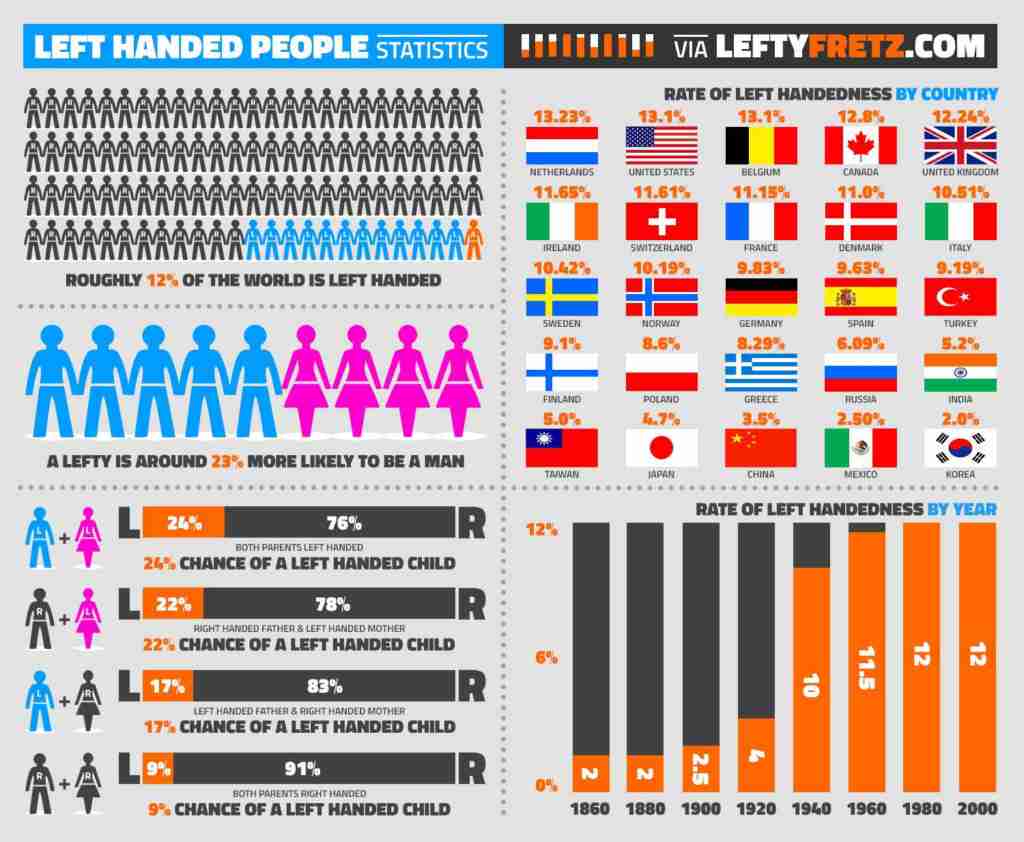