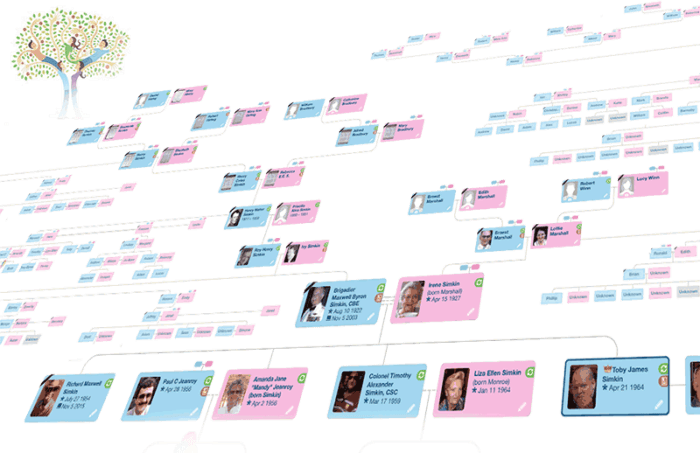 I started researching family geneology in 2002, focussed on the Simkin, Marshall families primarily, largely in Australia, South Africa, England, Canada and China. My research turned into creating a family fact album, containing copies of records, photos (both people and time and place), and in some cases, extensive and interesting individual histories from: 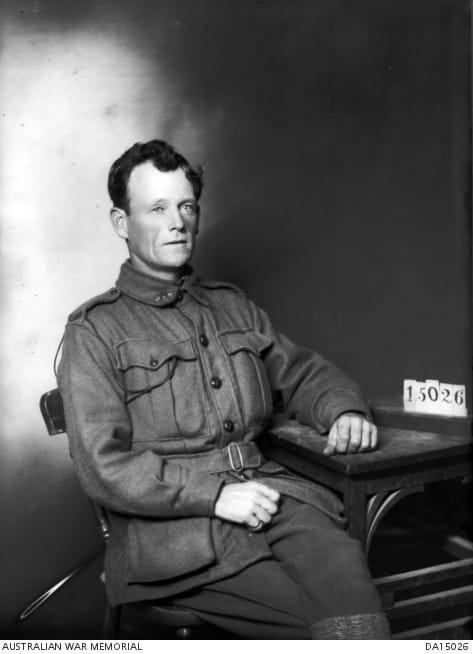 In researching my great grandfather, Henry Walter Simkin, I came upon a treasure trove of over 75 documents from the National Archives of Australia and other sources, in chronological order of the highlights….

Henry Walter Simkin enlisted in the Australia Imperial Forces (Australian Army) in 1915 – one week AFTER his son (my grandfather) enlisted. 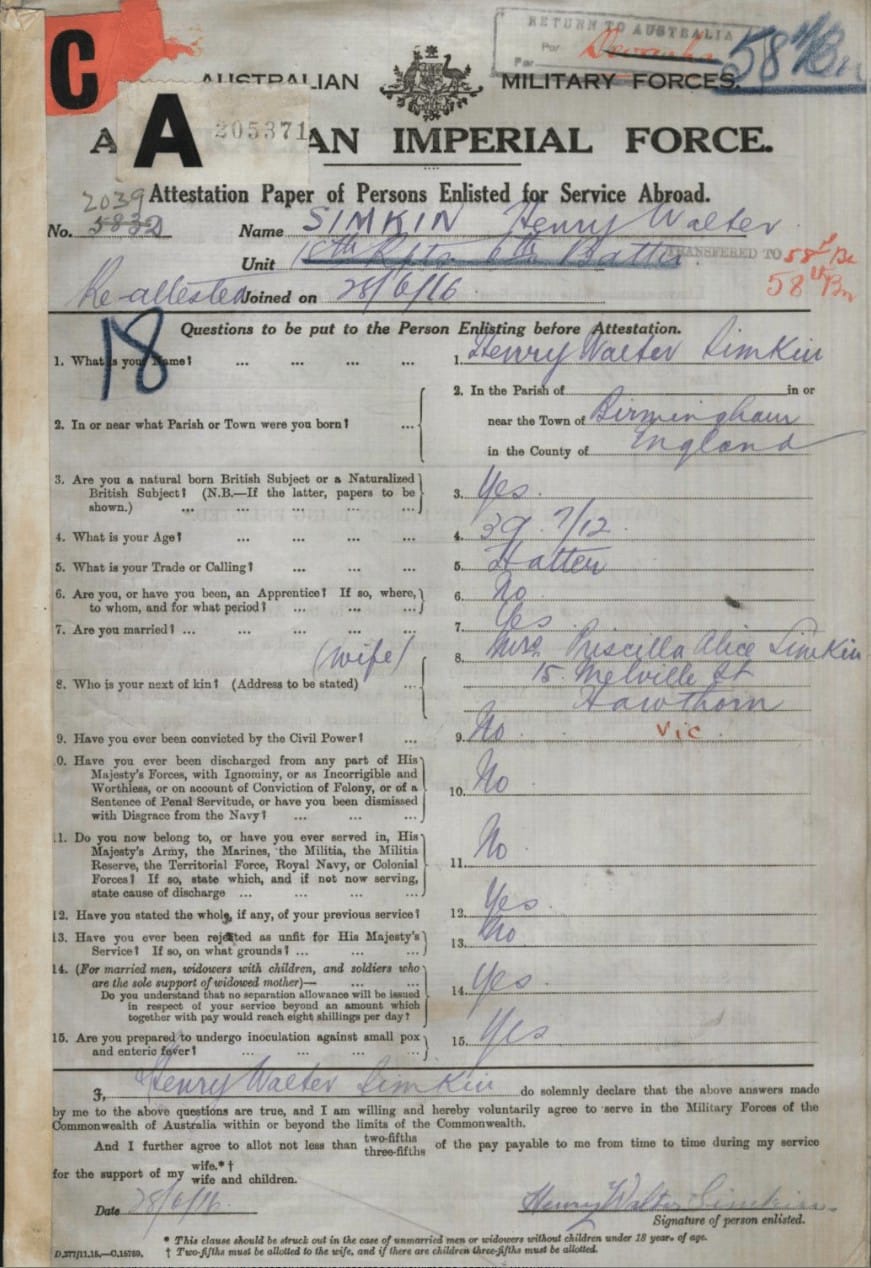 He was sent to France, and went AWOL (absent without leave) a couple of times: 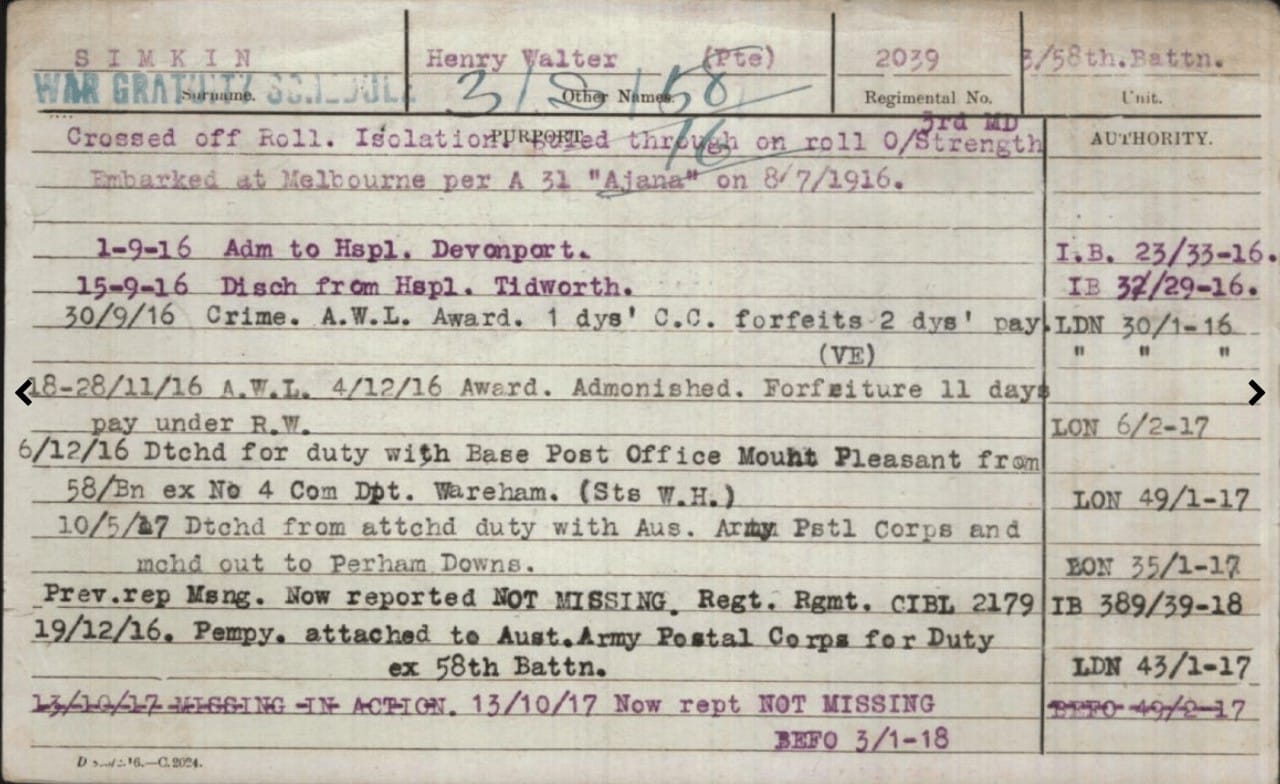 THEN charged on May 9, 1918 he was found Guilty of DESERTION, and charged with 3 years of Penal Servitude… 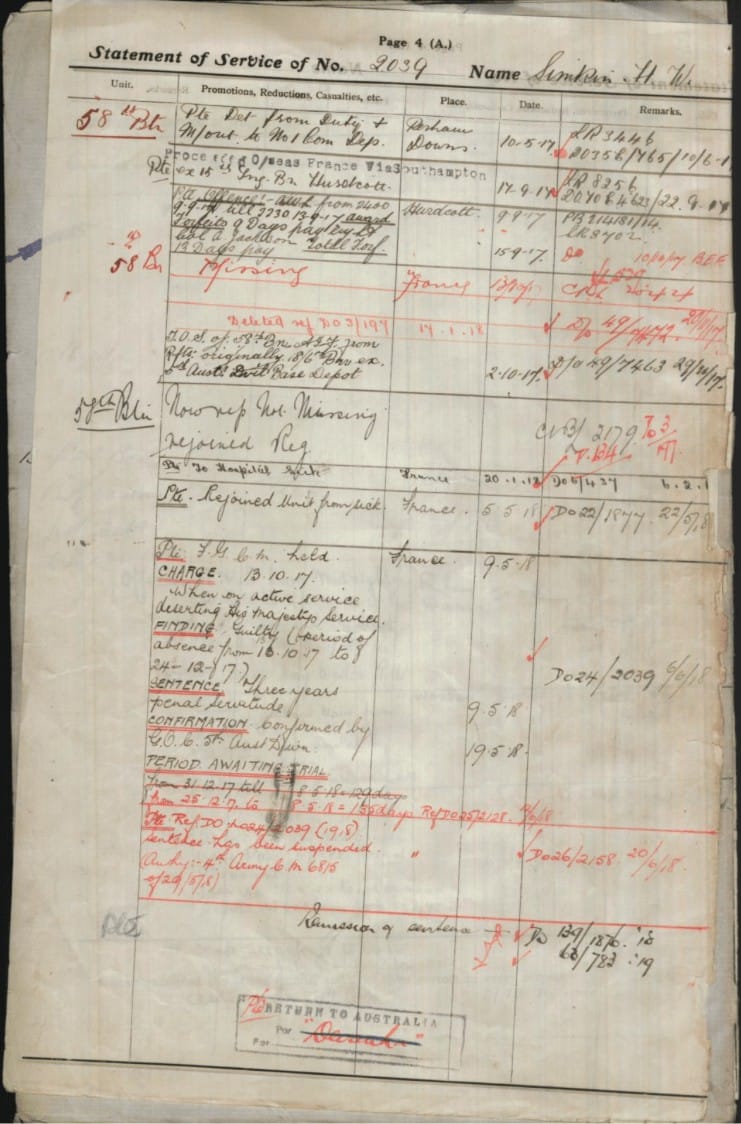 His wife is told he’s dead from the Battle of Passchendaele! (one of the worst battles in modern history) 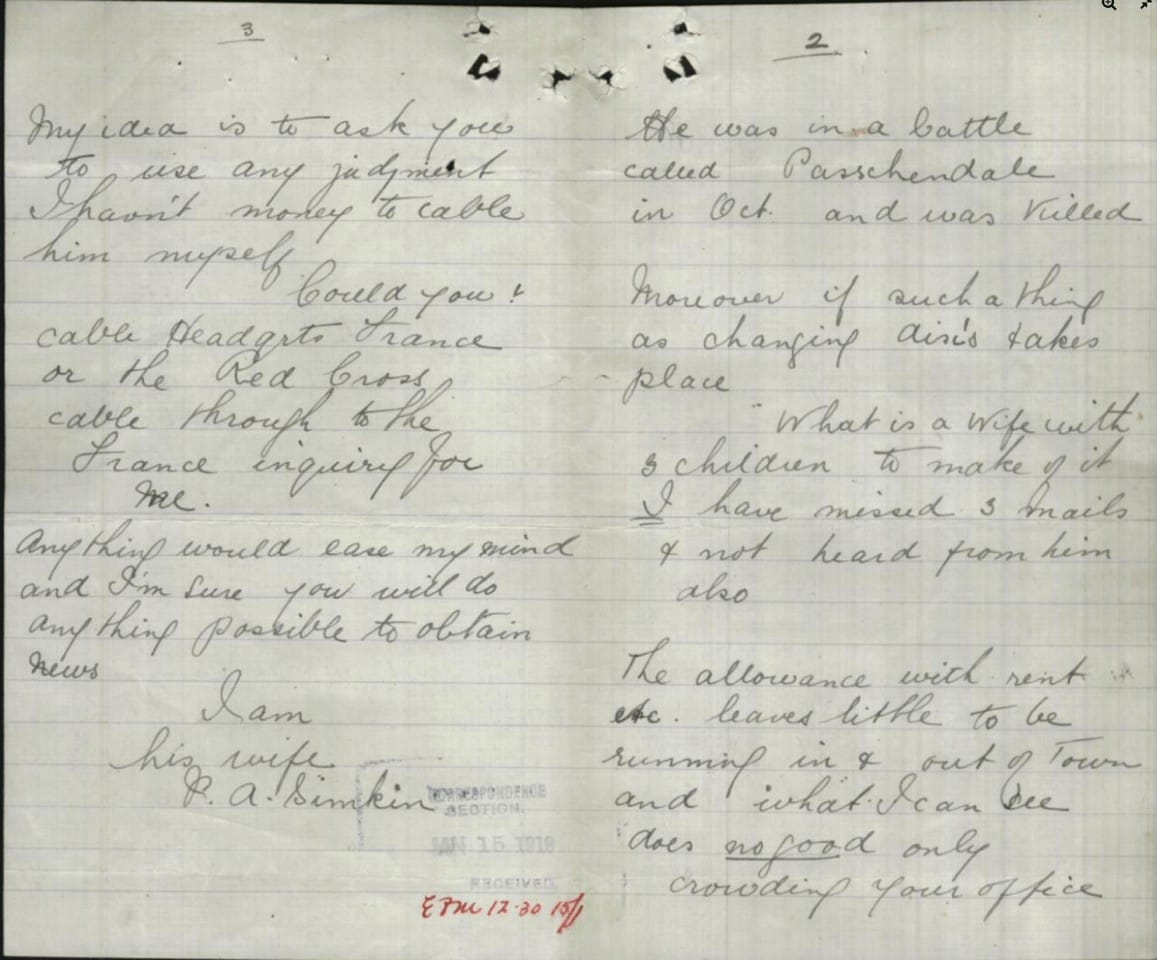 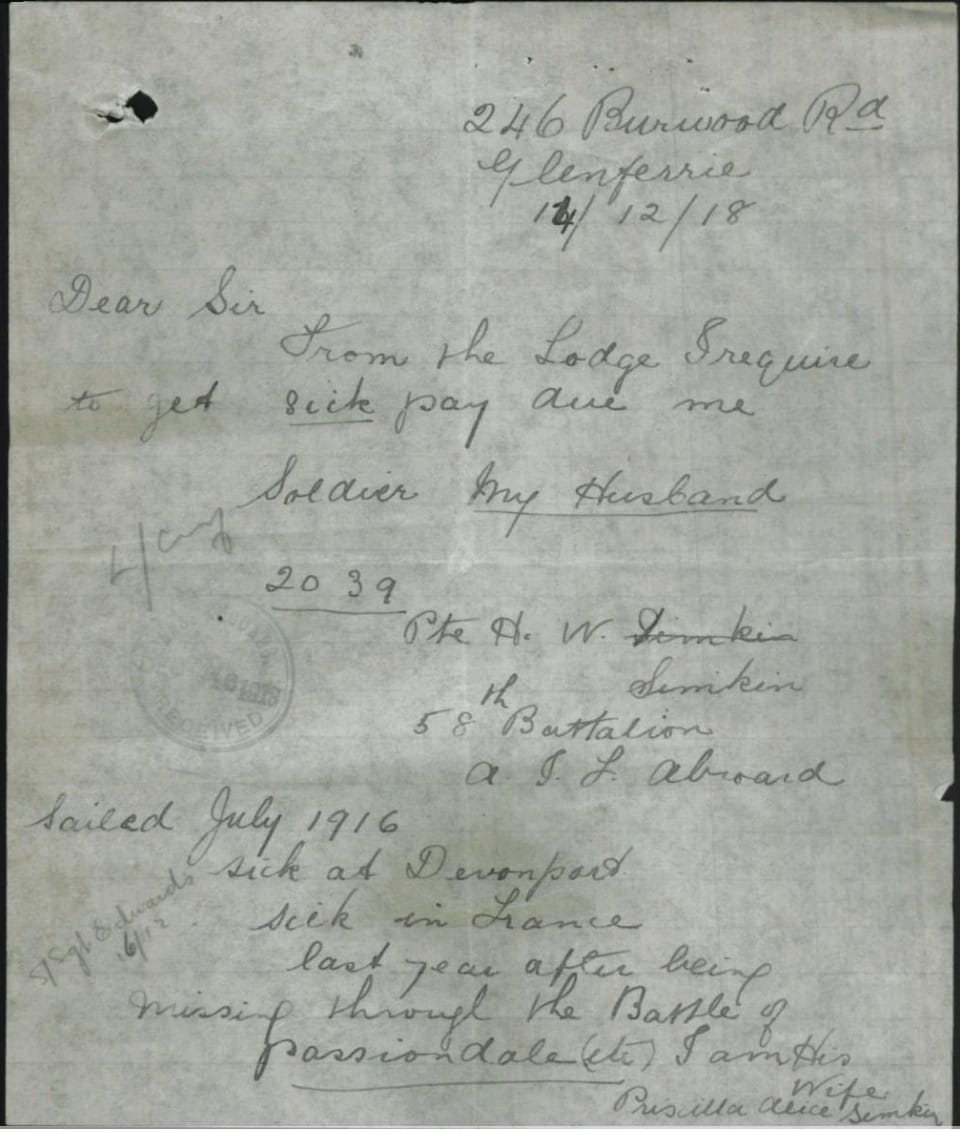 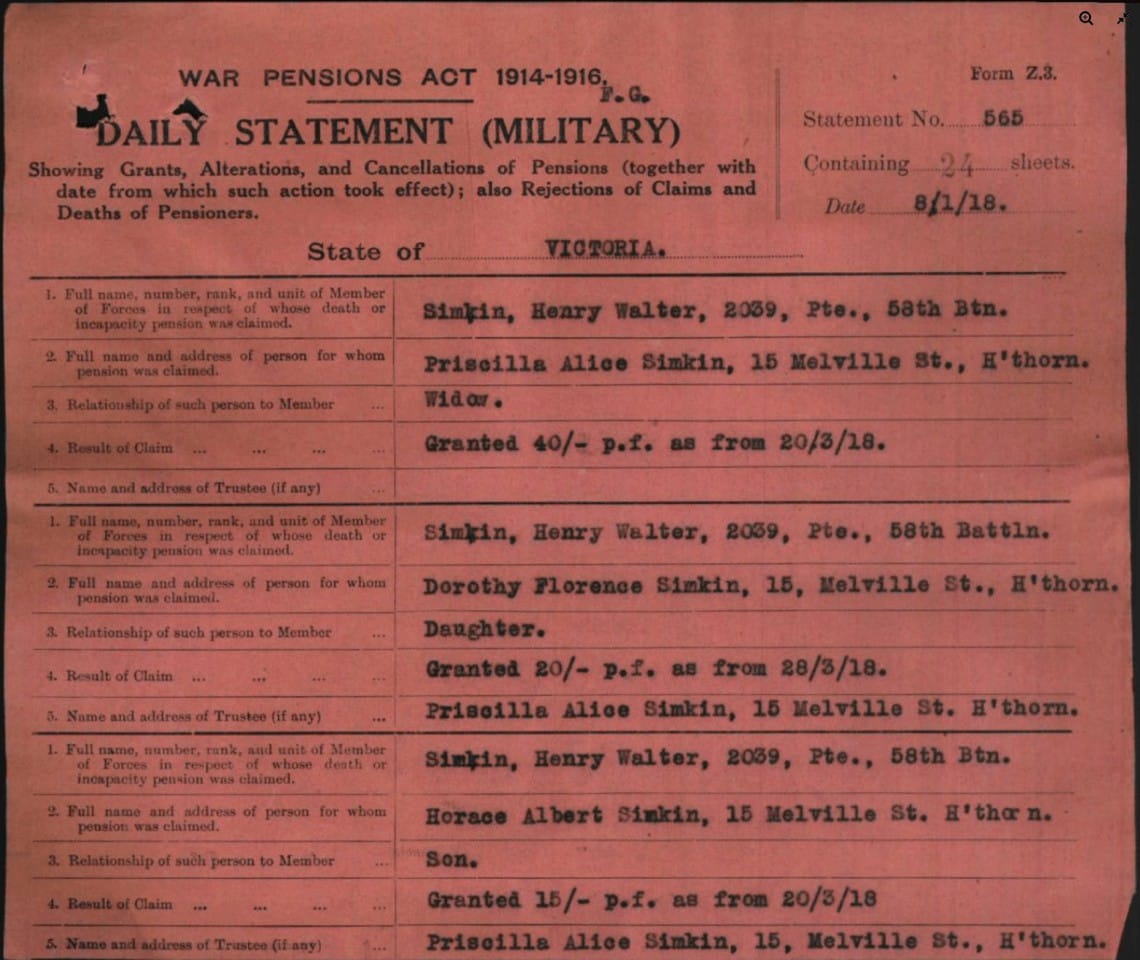 THEN, a couple of weeks later, he is found alive, and the widows pension is cancelled… 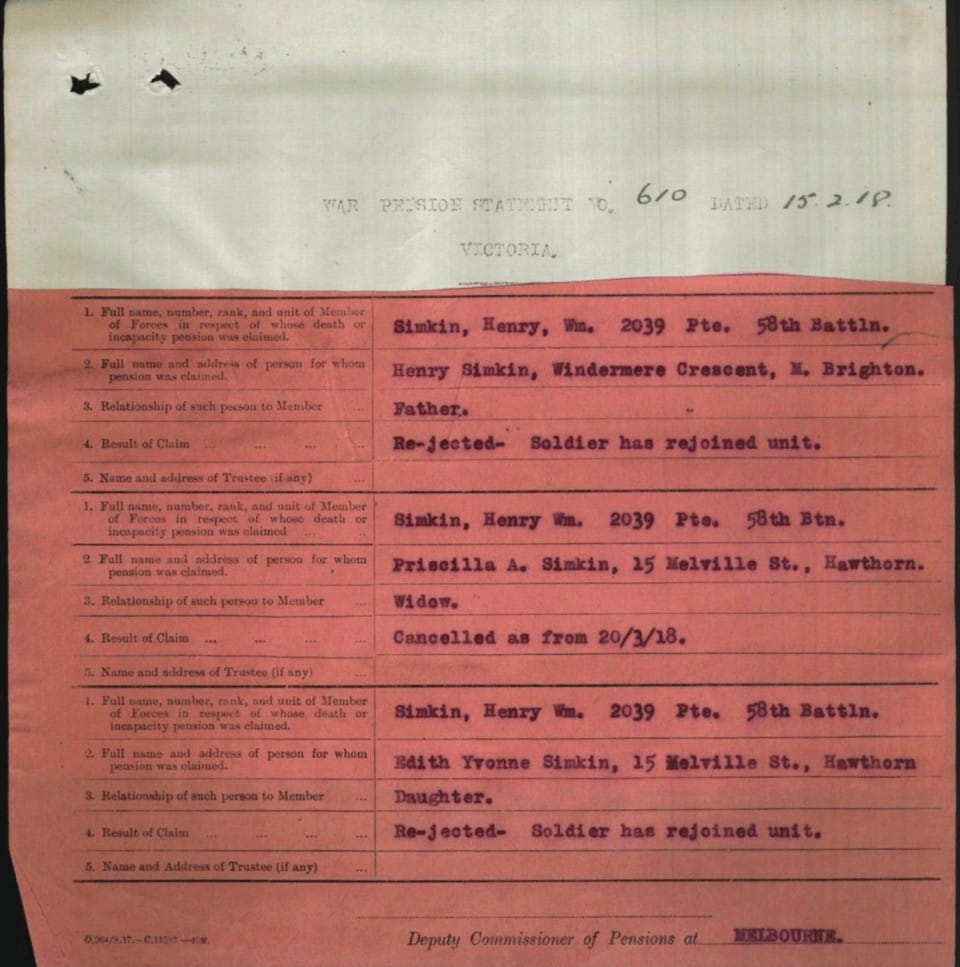 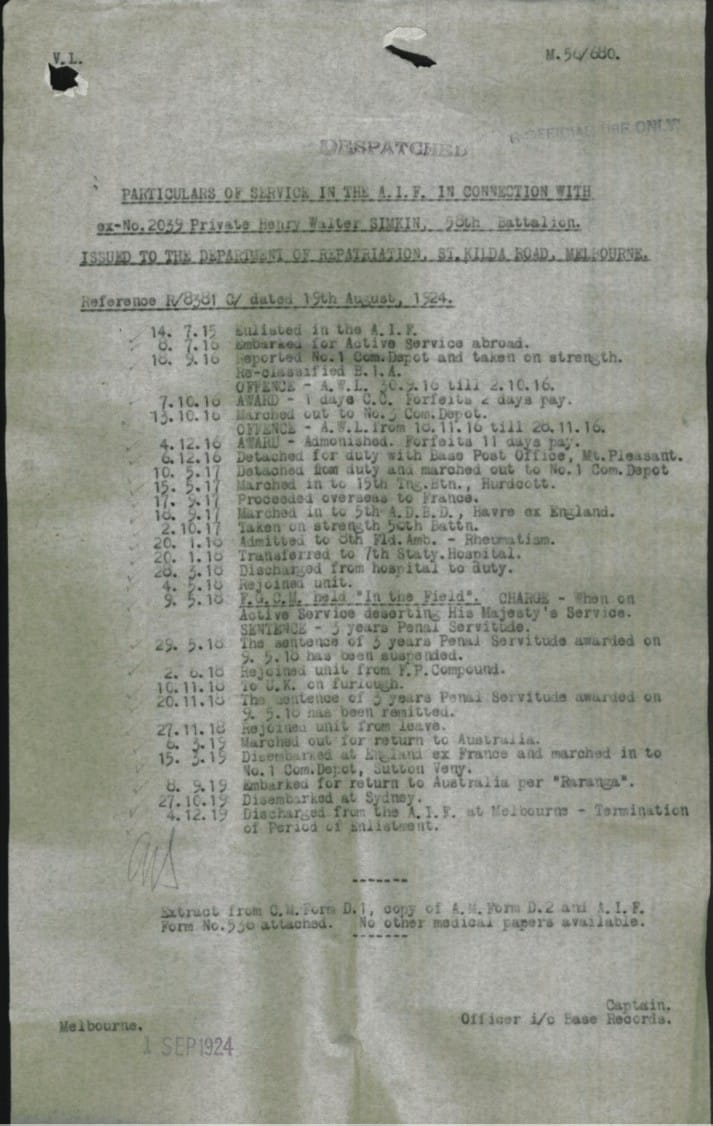 I note from historial records and dates, he deserted a single week after the Battle of Passchendaele — I assume there were traumatic and mental health issues with this desertion since the battle was unbelievably traumatic and deadly.

THEN upon the poor guys return from France, he likely becomes an alcoholic: 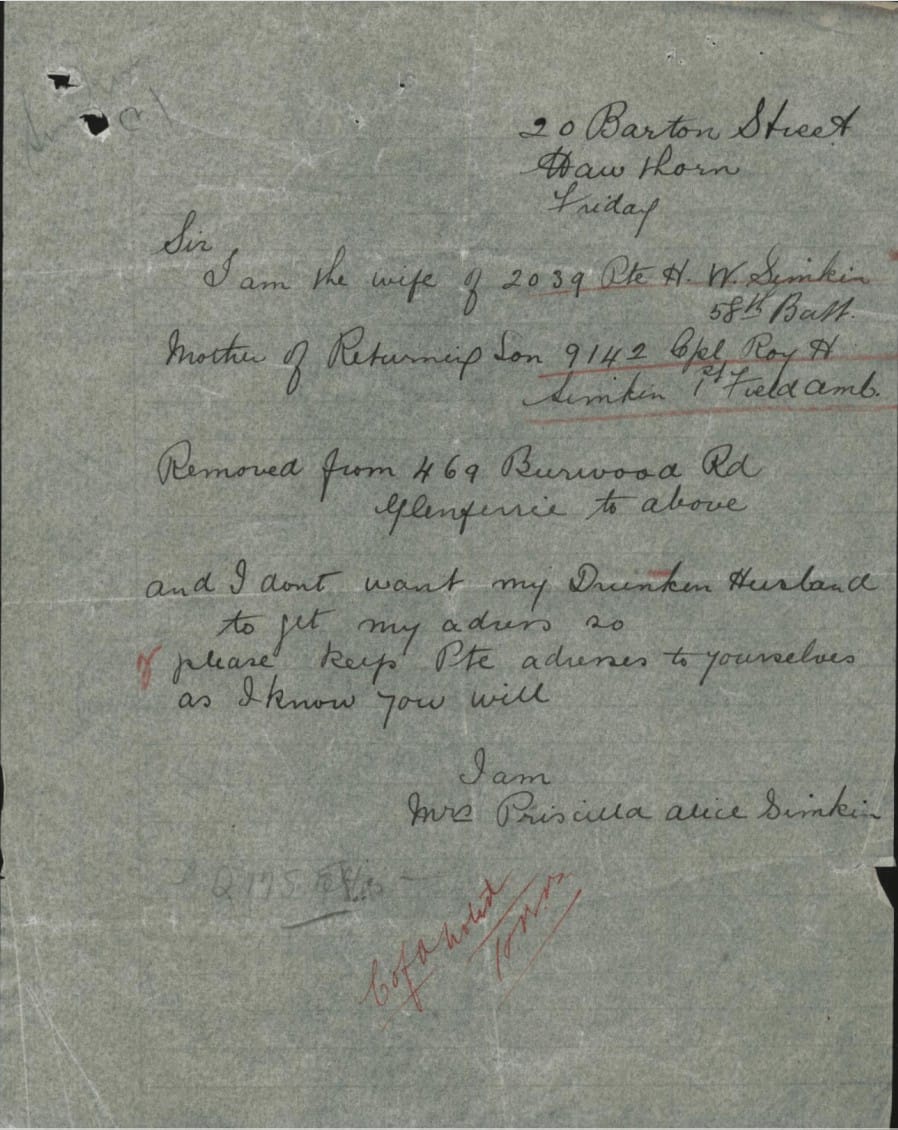 Hi wife changes her address and tried to hide from him….

…and he received the British War Medal and Victory Medals following the war…. 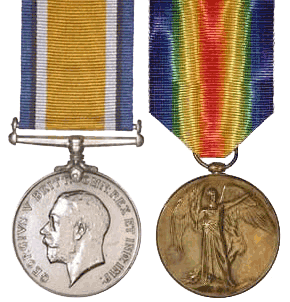 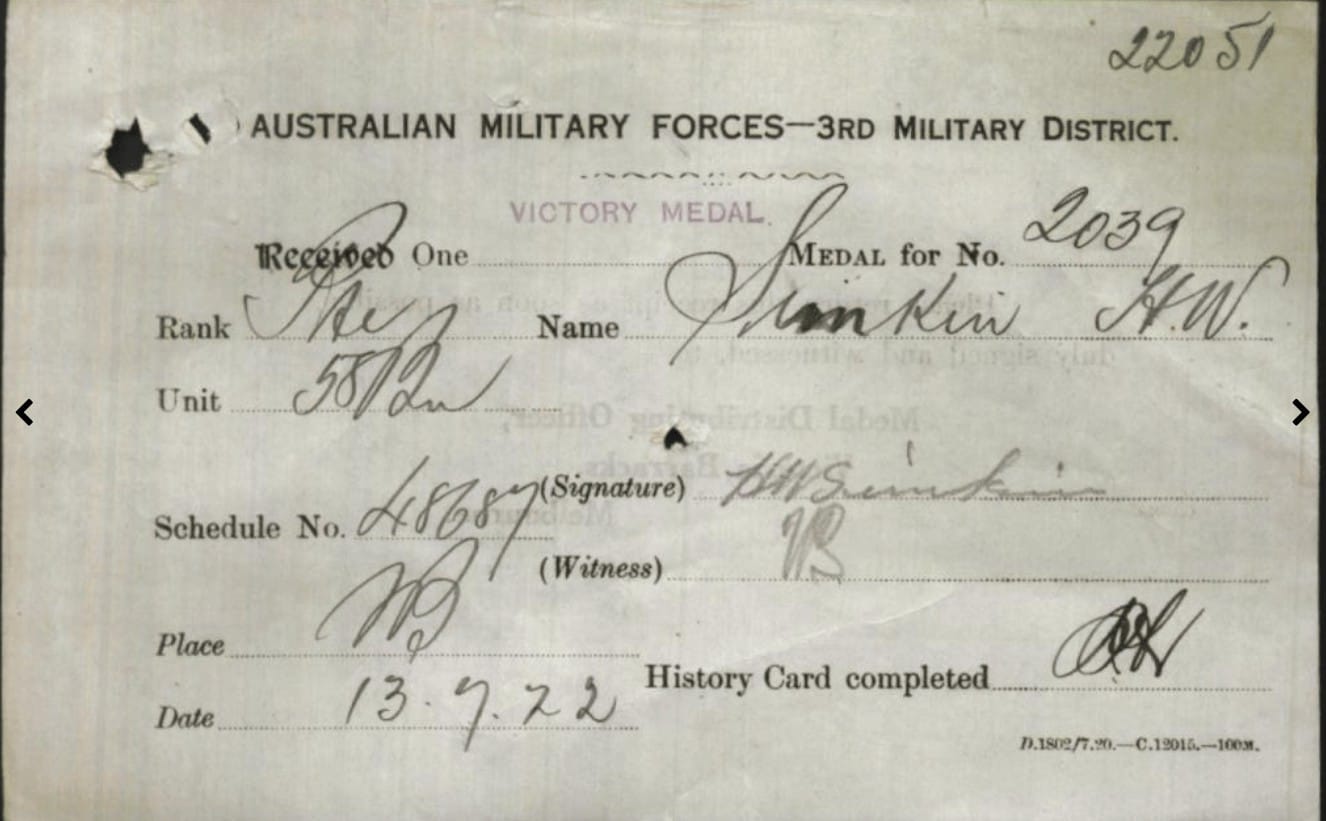 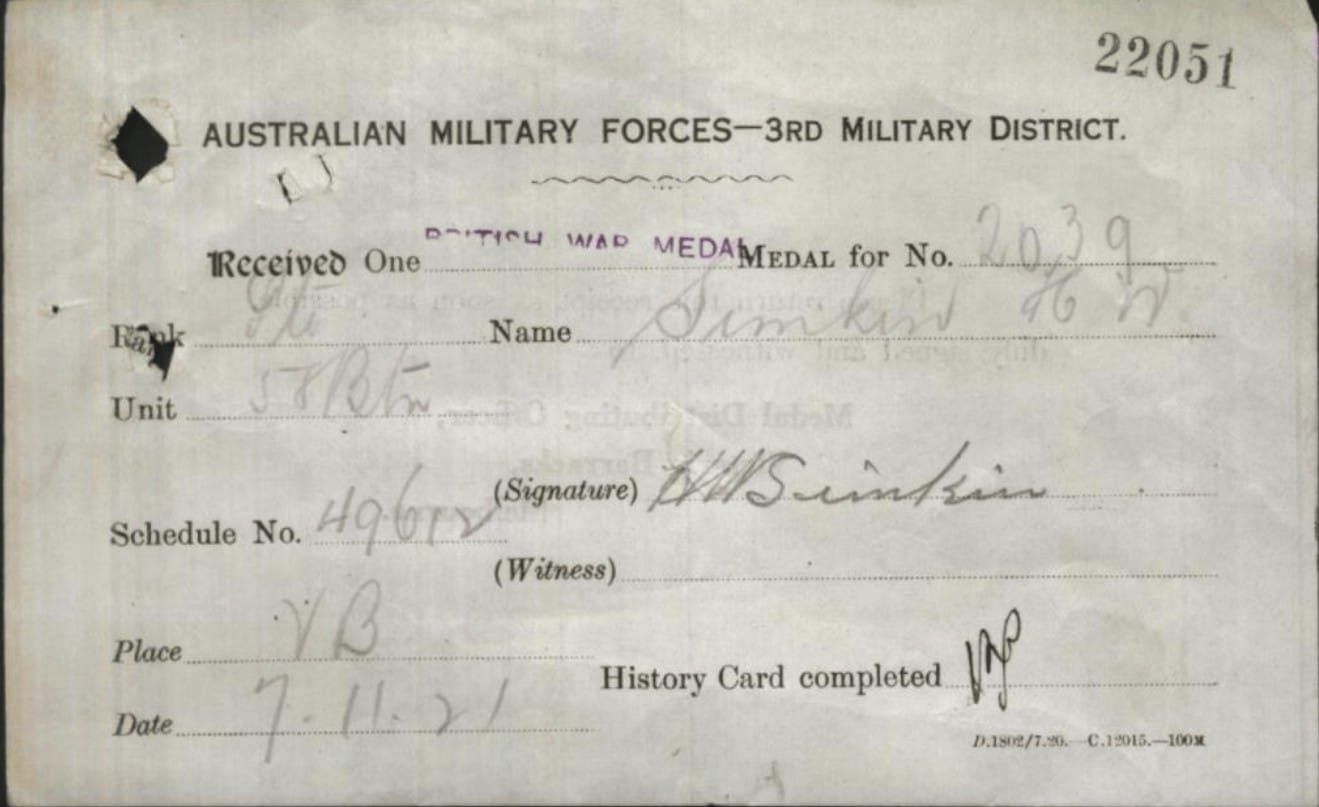 His wife left him (and re-married).