Chengdu (成都) is the provincial capital and largest city of Sichuan Province.  Due to its agricultural wealth, Chengdu is sometimes called the “Land of Milk and Honey”. The Funan river bisects the city, although boat traffic, common until the 1960’s, has all but vanished.  Chengdu has the reputation as a very “laid-back” city that emphasizes culture and relaxation and as a result of this and much green space is ranked one of the most liveable mega-cities in China. It is credited with a good nightlife scene and contains many new western style buildings in the large city centre.

The history of the city can be traced back 2,400 when the first emperor built his capital here and named the city. Through thousands of years its original name has been kept and its position as the capital and as the significant center of politics, commerce and military of the Sichuan area (once called Shu) has remained unchanged. Since the Han (206B.C.-220) and Tang (618-907) Dynasties when its handicraft industry flourished, the place has been famous for its brocades and embroideries. The city was also the place where the bronze culture, an indispensable part of ancient Chinese culture, originated; the place where the Southern Silk Road started; and the place where the earliest paper currency, Jiaozi, was first printed. 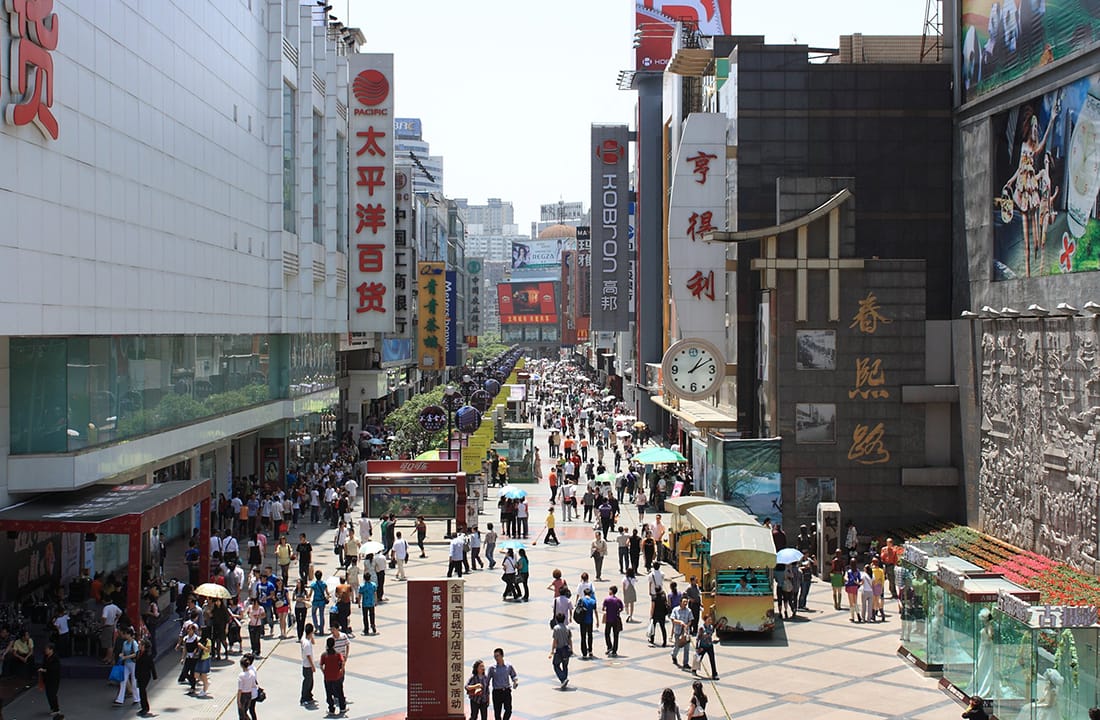 Chunxi Road (春熙路). Take an afternoon or evening to walk down this shopping street, located in the center of the city. Makes for a good change of pace. Various clothing stores, bookstores, restaurants, arcades, and cinemas. Good place to find something to eat; including a hotpot buffet, Japanese restaurants, Western food, and much more. However, the major disadvantage with this area is that each brand has many stores in this location (similar to other parts of China) – Nike, Adidas, and Li-Ning, each have about 4-5 stores in Chunxi Road alone which reduces the variety of things to buy.

Songxian Qiao Antique Market (送仙桥古玩市场), Qing Yang District, Song Xian Bridge (Close to the Green Ram Taoist Temple in the western city, from the temple walk straight west, it is on your right hand side after you crossed the bridge over the channel). Big market with communist relics, old porcelain dishes, jewellery, calligraphy equipment and also some Tibetan stuff. Great bargains can be found here if you are into antiques, jewellery, and gifts.

Lotus Wholesale Market (荷花池), (Next to north railway station, take the metro there and cross the road to SE block). A huge area of shops selling all kinds of local stuff from clothes to kitchen ware and home decoration to toys. The area employs over 100,000 people and its daily sales are over RMB 10 million.

You will find no shortage of fiery Sichuan food in Chengdu. Most of the food is quite spicy, be sure to specify whenever you order: non-spicy (不要辣), a little spicy (微辣) or ‘old’ (very) spicy (老辣). If you are not accustomed to it yet, peanut sauce will work much better than water to quell the fire. If you are used to the hottest of authentic Indian or Thai food, the level of spiciness in Sichuan food should be no problem at all. However, Sichuan food also makes heavy use of Sichuan pepper (花椒), which looks like but is not a true peppercorn, and causes your mouth to become somewhat numb. Sichuan pepper is added in most spicy dishes. If you can eat spicy food but do not like Sichuan pepper, you need to order so (不要花椒). 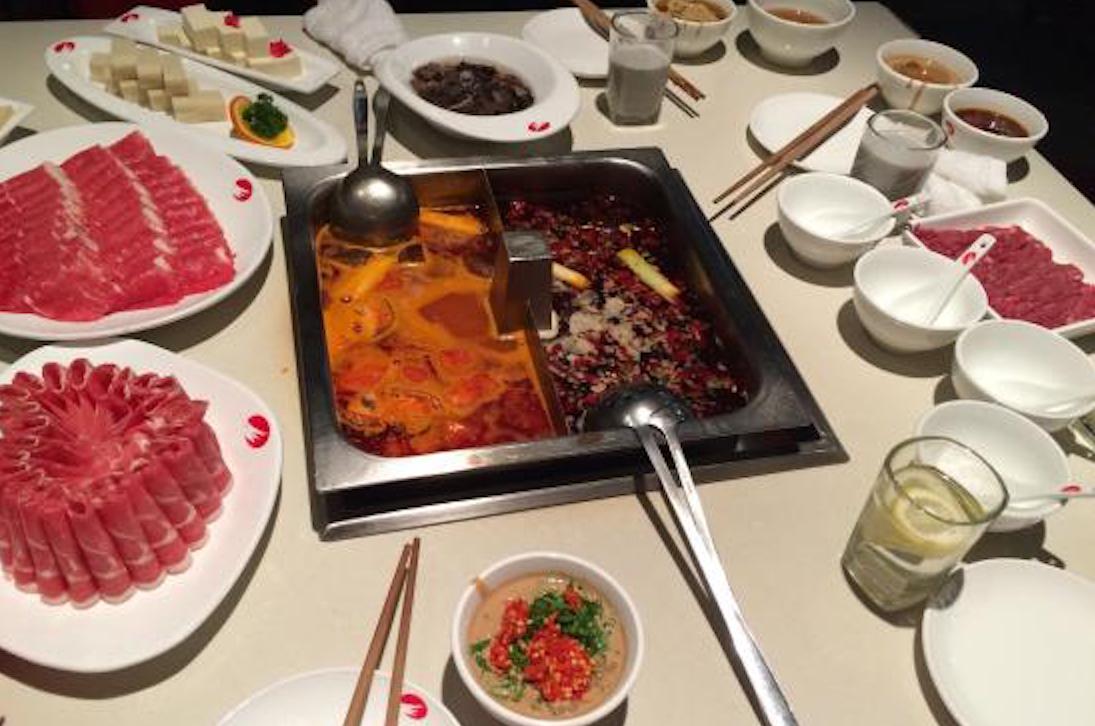 The spiciest food in Chengdu is hotpot, although the tradition originated in Chongqing, so it is not really Chengdu food. Sichuan hotpots are basically a big pot of soup and spices simmering in a hole in the middle of your table. Patrons choose from a large selection of meats, vegetables and other add-ins. Most popular include: lamb, mushrooms, beef, tofu, quail eggs, potatoes and various others (pork, green vegetables, fish balls, carrots, and even pig’s brain!) You can choose spicy pot or non spicy pot. With spicy hot pots, unlike eastern hot pots, the soup is NOT for drinking; instead, fish out your cooked items with chopsticks (do not fish the liquid out with a spoon, it is too spicy even for locals to drink; the fished out vegetables will be spicy enough), dip them in the small bowl of oil provided to each person, and enjoy.

Thieves are prevalent around certain areas of Chengdu. Be careful around the Yanshikou markets and especially around the North train station. There are also many thieves on crowded buses who use razors to cut open pockets and bags. Also watch your bag at all times around the city, thieves like to come alongside on bicycles at traffic lights and reach into bags.

Traffic can be insanely hectic and motorists as well as cyclists and other pedestrians often have a complete disregard of you. Beware when crossing streets; even when the WALK sign is green, (this means nothing to them or to the Police), traffic taking a right or left turn even when they are not permitted to turn will try to run you over or honk at you to make way for them. Accidents are commonplace as are deaths. Look every direction but up. Watch out for taxi drivers, bus drivers and car drivers who have absolutely no regard for your life. Also watch out for unlicensed silent electric motorbikes coming at you from the left, from the right, from behind and from the front. To stay safe, it is best to walk with a crowd, preferably in the middle.