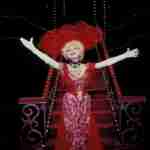 Broadway, West End, Hollywood legend and global icon.  I have such fond memories of working on Hello, Dolly! with her.  She was an amazing treasure never to be replaced.  She was the life of many industry parties I attended… with an uncanny ability to remember everybody’s names.  Such a joy, such a star.  In my opinion, the golden age of Broadway died with her.

Carol Channing was born Jan 31, 1921, in Seattle and died Jan 15, 2019 at 12:31 a.m. Tuesday in Rancho Mirage, California, age 97 of natural causes after suffering multiple strokes in 2018.   At the age of 7, after seeing Ethel Waters perform, she decided she wanted to become an entertainer.

She was married 4 times (3 that ended in divorce) a novelist Theodore Naidish; pro footballer Alexander Carson (father of her only child Channing); television producer Charles Lowe (Carol sued for divorce in 1998, alleging that he misappropriated her funds and remarked that they only had sex twice in 4 decades) and finally, Harry Kullijian, her childhood sweetheart from 70 years before who died in 2011. 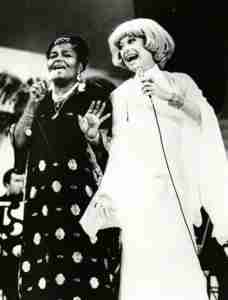 She famously played the matchmaking widow Dolly Levi, star of Hello, Dolly! more than 5,000 times across 3 Broadway runs from the 1960s to the 1990s and on tours around the world (the last in 1996, when she was in her 70s.).  The unstoppable Channing only had 1 unscheduled absence (she missed half a show in Kalamazoo, Michigan due to food poisoning).   Others who have subsequently played her role include Pearl Bailey, Phyllis Diller, Betty Grable, Ethel Merman, Martha Raye, Ginger Rogers, Barbra Streisand, Bette Midler, Bernadette Peters and Betty Buckley.

She often appeared on television and in nightclubs, for a time partnering with George Burns in Las Vegas and a national tour.  On television, she appeared as an entertainer on variety shows, from The Ed Sullivan Show in the 1950s to Hollywood Squares. She had a standout performance as The White Queen in the 1985 TV production of Alice in Wonderland, and had the first of many TV specials in 1966, An Evening with Carol Channing. In 1986, Channing appeared on Sesame Street and sang a parody of the song “Hello, Dolly!” called “Hello, Sammy!”

Her most successful film role, co-starring with Jule Andrews, was as the nightclub singer Muzzy Van Hossmere, fond of quaffing champagne and proclaiming “raspberries!” in Thoroughly Modern Millie, which brought her an Oscar nomination in 1968.

She also appeared with a young Clint Eastwood in the 1956 movie The First Traveling Saleslady starring Ginger Rogers, and in the 1968 movie, Skidoo.

President Richard Nixon put together an “enemies list” of people who’d opposed him or his policies. This list included journalists, labor leaders, antiwar activists and civil rights activists; it also mentioned performers including Carol Channing.  In 1980, she stated, “At first I felt terrible, then I realized… that no matter what I do the rest of my life… I’ll never do anything as distinguished as getting on Nixon’s enemy list.”  One possible explanation is her closeness with both the Kennedy clan and Lyndon and Lady Bird Johnson. At 1964’s Democratic National Convention, Channing serenaded LBJ with “Hello, LyndonI” (a tweaked version of the popular “Hello, Dolly!”).

Carol Channing will always be remembered by the LGBT community as a gay icon.   Channing said in a 2013 interview: “A stamp of approval from the gay community is almost a guarantee of success.  Just ask Liza Minnelli, Bette Midler, or Cher.”

Carol Channing, who is survived by her son, cartoonist Channing Carson, passed away 16 days shy of her 98th birthday, and on the eve of the 55th anniversary of the opening night of Hello, Dolly! at the St. James Theatre on Broadway which had its opening night on Jan. 16, 1964. Broadway dimmed its lights in tribute to her impact and memory to the theatrical legend in New York for one minute on Wednesday, January 16 at exactly 7:45pm. 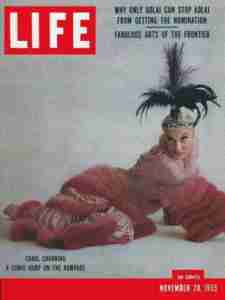 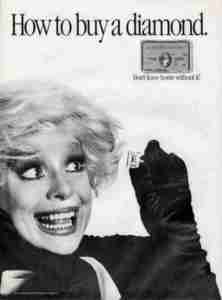 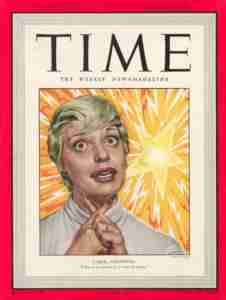 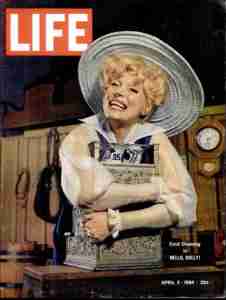 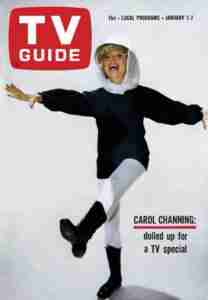