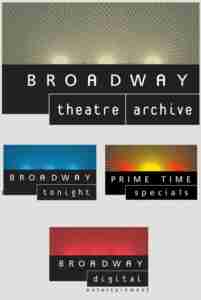 The New York Times deemed this extraordinary collection as “the crown jewels” of public and network television.

The Broadway Theatre Archive was one of the most extensive catalogues of Broadway productions and classic made-for-tv plays, where we financed and developed a web-based service that showcased digitally remastered theatrical performances. Through digital restoration, the Broadway Theatre Archive reintroduced these classics to a new generation, keeping the theatre, and the cameras interpretation of it, thriving.

Among the productions available are selections originally shown on “Great Performances,” “American Playhouse” and “Theater in America” throughout the years originally made by PBS, New York’s WNET and Los Angeles’ KCET.

All activities of the company ended around 9:30am on September 11, 2001 with the destruction of our offices and archives.