A post war craze for theatre restaurant entertainment began in Australia, somewhat in opposition to mainstream theatres.  Aimed entirely on selling to traditional theatre-going audiences, theatre restaurants started popping up in many parts of Australia in the 1960’s with extravagantly decorated imitations of the 19th century musical halls, medieval banquet halls, or other specially themed settings.

The theatre restaurants and dinner theatre employed many performers, creatives and technicians, either starting out in their careers, or who were often struggling to survive with occasional radio drama and irregular theatrical engagements.

Comedy plays and the staples of vaudeville were the mainstays of such venues. 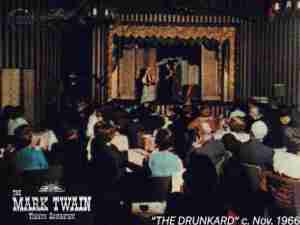 Soon after, the Living Room Theatre Restaurant at 60 Edward St, operated by Frank Mesh, opened on 27 September, 1967 with a production of “Who in the Hell are You?”, directed by Russell Jarrett and designed by Ken Lord. Weekly smorgasbord lunches became a popular feature. In 1975, the Living Room Theatre Restaurant moved to new premises on Margaret Street. The new restaurant had Regency style decor, seated 280 over 3 raised sections and 2 ‘celebrity’ boxes. The Living Room was unusual, in that most theatre restaurants at the time offered fixed menus, or menus with a very limited range of choices, making it easier to time service around the performance. The Living Room Theatre was famous for its melodrama alternating with pantomime and charged AUD $3.50 for a la carte dinner and show in 1976. Shows during the 1970s included Dracula, Revenge at the Golden Garter, and Mata Hari the Magnificent Spy.

The concept of themed premises, costumed singing waiters adding to fun, sometimes bawdy, live entertainment mixed with basic dining (food was typically not as important as drink) became popular with many more theatre restaurants opening and operating, including: 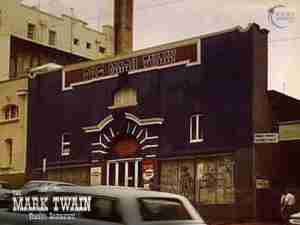 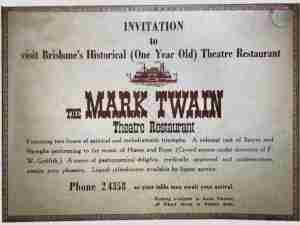 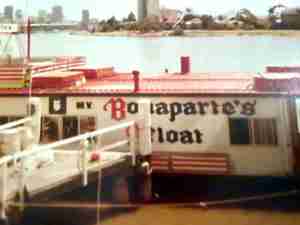 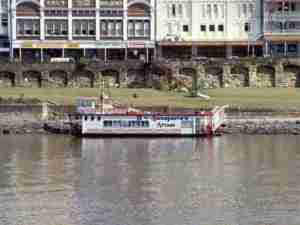 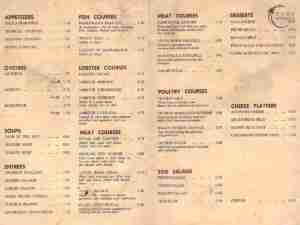 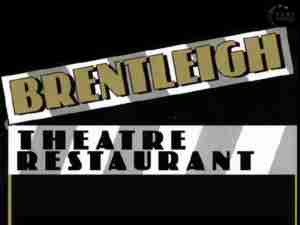 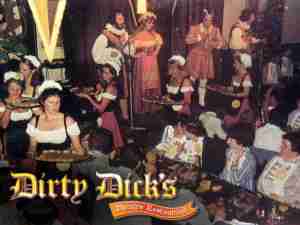