a primer on theatres that have come and gone.

Since colonial times, Queensland cultural facilities, venues and events have benefited from state and local government support. The first buildings for performance were erected in Brisbane well before the First World War.

Until the 1860s, concerts, theatrical performances, ballet and opera in Brisbane were staged principally in the School of Arts building in 1849/1851.  The first purpose-built venue was the Victoria Theatre on Elizabeth Street, which opened in 1865. The theatre was successful and was entirely rebuilt in 1881 to increase the seating capacity to 1,350 and renamed the Theatre Royal. In the same year the old School of Arts was remodelled as the Gaiety Hall.

The most significant advancement came with the construction in 1888 of Her Imperial Majesty’s Opera House (later known as Her Majesty’s Theatre). The theatre was lit with electricity and seated 2,700 people.  Her Majesty’s Theatre became the principal venue for major performances in Brisbane for opera, musicals and ballet for almost a century.

The 1920’s were a boom period for the cinema industry, with many cinemas being constructed.  Brisbanites visiting simple, less glamorous, cinema buildings in the suburbs was a commonplace event, yet the grander picture palaces in the downtown became a special event.  Yet all cinemas generally continued the practice of inclusion of variety, vaudeville or live music accompanying the film programming.

Between the wars, other cultural initiatives included the formation of the Brisbane Repertory Theatre Company (in 1925, becoming La Boîte in 1967), the Twelfth Night Theatre Company in 1936, and the Ballet Theatre of Queensland in 1937.

During World War Two, several significant government supported initiatives included the Queensland State String Quartet from 1944, and the Brisbane City Council public concert programs from 1941, both of which had a strong presence in the Brisbane City Hall which opened in 1930. 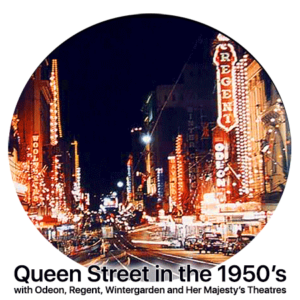 In 1961 the annual Warana Festival began.

In 1967 Brisbane’s La Boîte Theatre in Hale Street Milton was one of the few early venues (in a converted cottage) which opted for a permanent in-the-round setting, in fact, the first in Australia.

The SGIO Theatre was built in 1969. The formation of the Queensland Theatre Company occurred at the same time, and for nearly 30 years, used the SGIO Theatre.

The Twelfth Night Theatre was built in 1971.  A new purpose built La Boîte Theatre replaced the old cottage theatre in 1972.

By the early 1970s, the standard of major facilities for the performing arts in Brisbane was lagging behind contemporary venues elsewhere. The need for a new major performing arts centre in Queensland became more urgent in 1973 with the sale of Her Majesty’s Theatre. The new owners, the AMP Society, intended to demolish the building and redevelop the site.

The imminent demise of Her Majesty’s Theatre became a key consideration in the decision by the Queensland Government in November 1974 to announce the development of a Cultural Complex incorporating a Centre for the Performing Arts at South Brisbane. The Cabinet submission noted that, with ‘Her Majesty’s Theatre closing, Brisbane will be really deficient in this area’.

The Joh Bjelke-Petersen government was responsible for allowing the demolition of Her Majesty’s Theatre (1983), and the Theatre Royal (1987).

The Queensland Performing Arts Centre (QPAC) broke ground in 1976 and opened on 20 April 1985. The road to its development was long.

Established by the Brisbane City Council in 2000, The Brisbane Powerhouse eme