Beauty and the Beast – in China (in Mandarin)

Beauty and the Beast 《美女与野兽》

A tale as old as time, true as it can be.  Japan’s Gekidan Shiki Theatre Company brought Disney’s BEAUTY AND THE BEAST to China opening on October 22, 1999, in order to commemorate the 20th anniversary of the signing of the Japan-China Cultural Exchange Agreement and the 50th anniversary of the founding of the People’s Republic of China.

Directed by Isamu Furusawa and co-directed by China’s Zhou Qixun, BEAUTY AND THE BEAST ran for more than 60 performances in a production costing more than USD $2.4 million.

In early 1999, Gekidan Shiki held auditions throughout China, casting the show with performers ranging from in age from 16 to 24. In August 1999, Gekidan Shiki rehearsed in Yokohama for BEAUTY AND THE BEAST with its Japanese and about 30 Chinese cast members prior to traveling to Beijing for the opening. 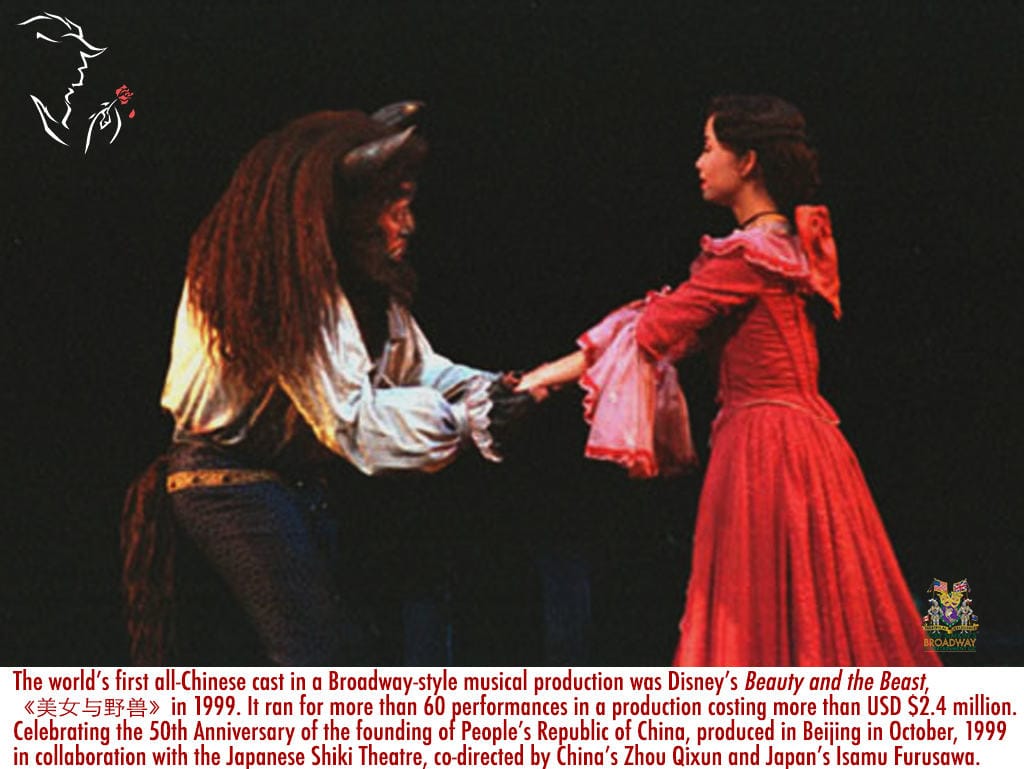 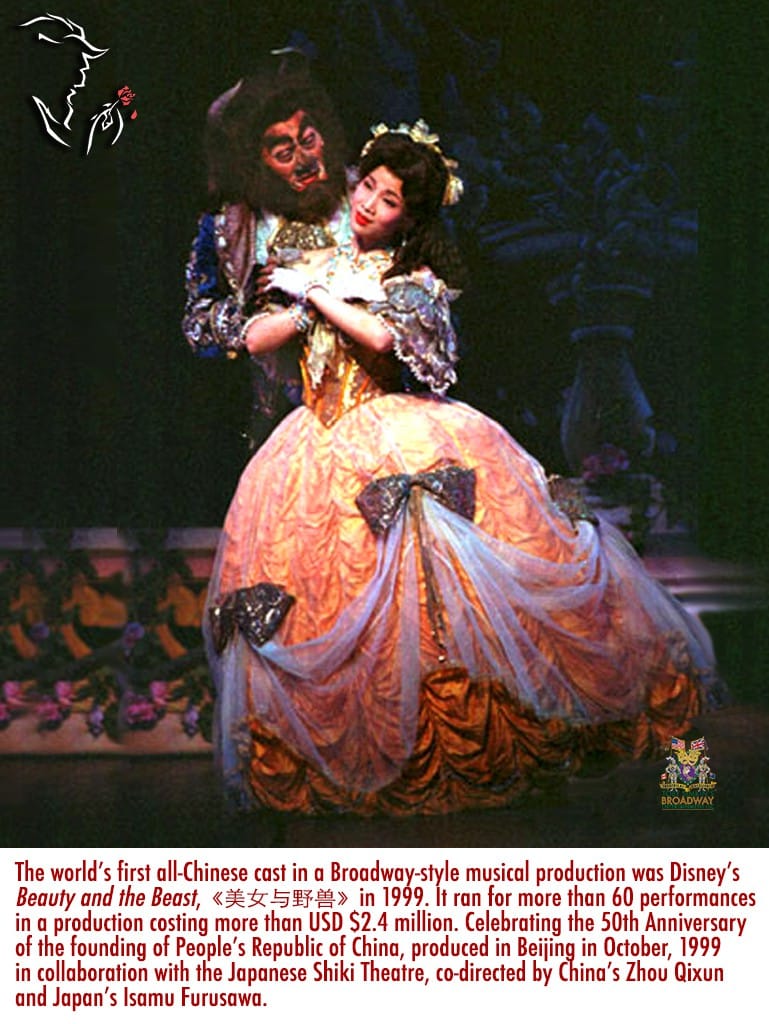 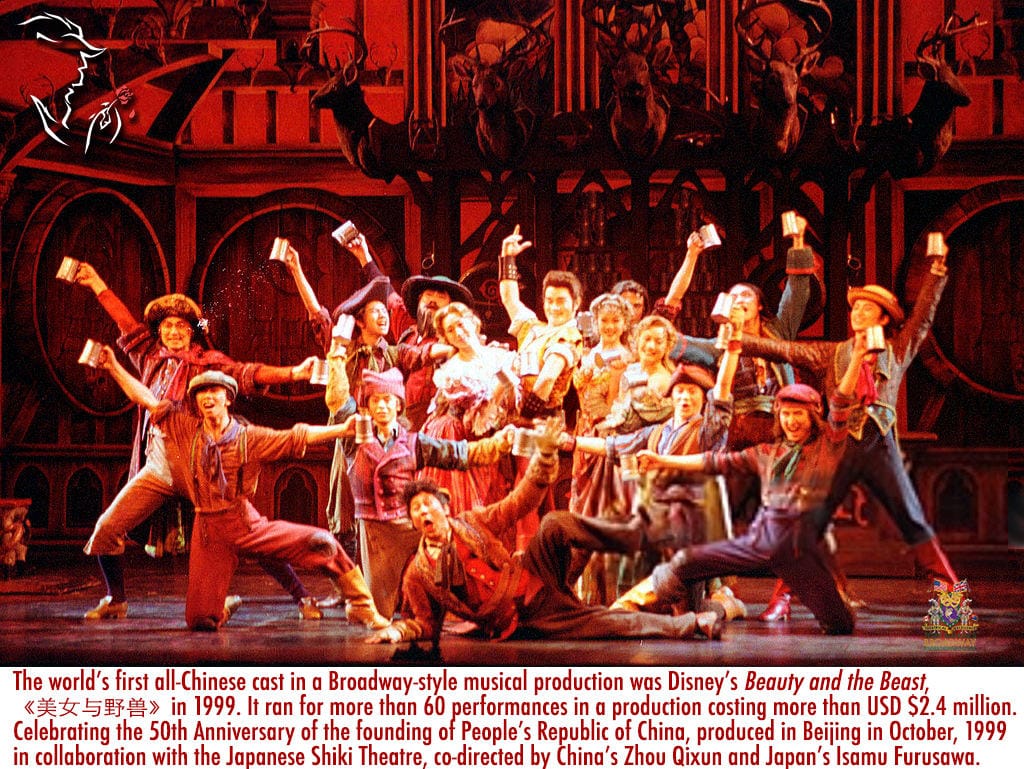 Photos shot during a preview on October 21, 1999 in Beijing. 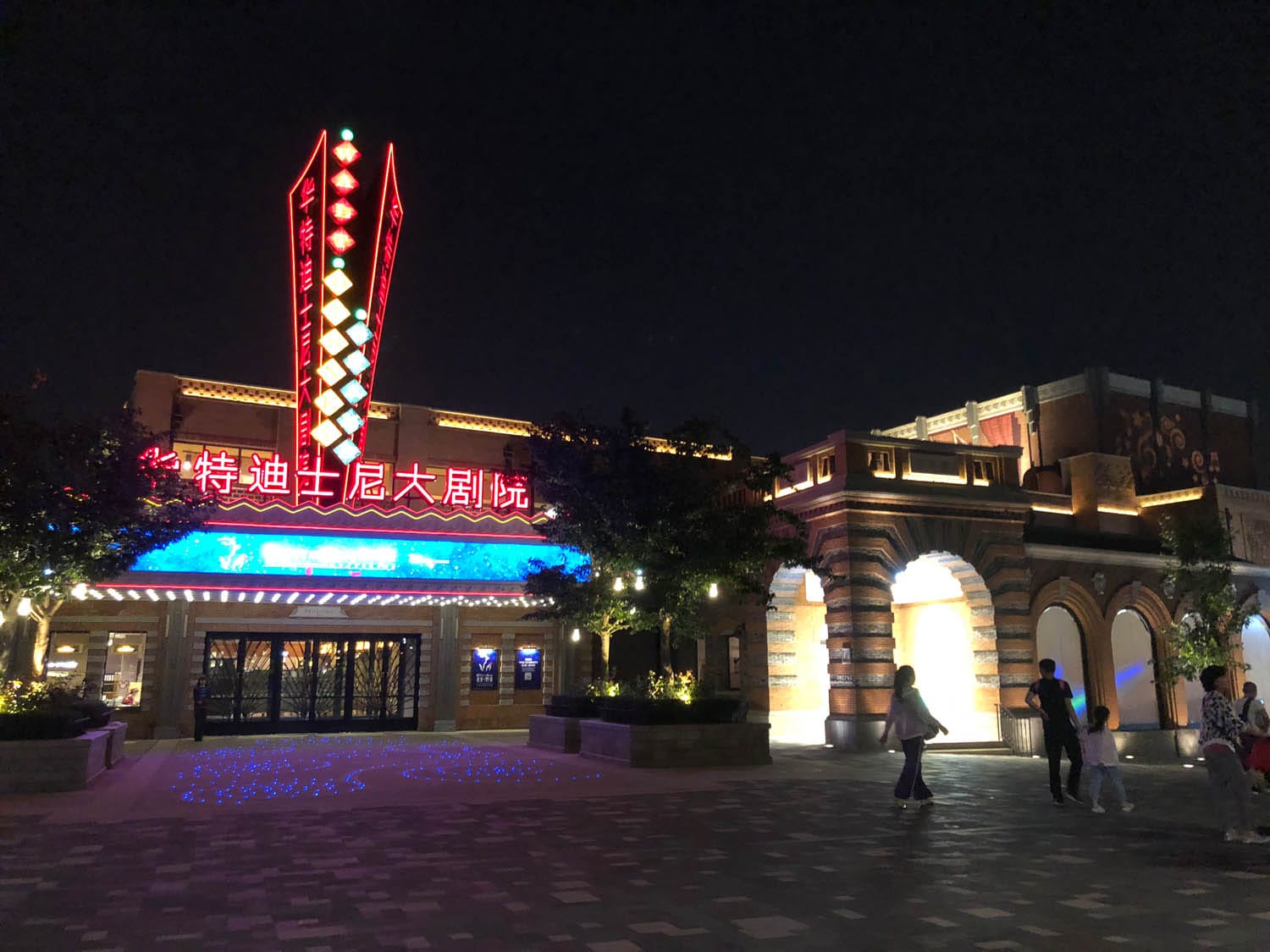 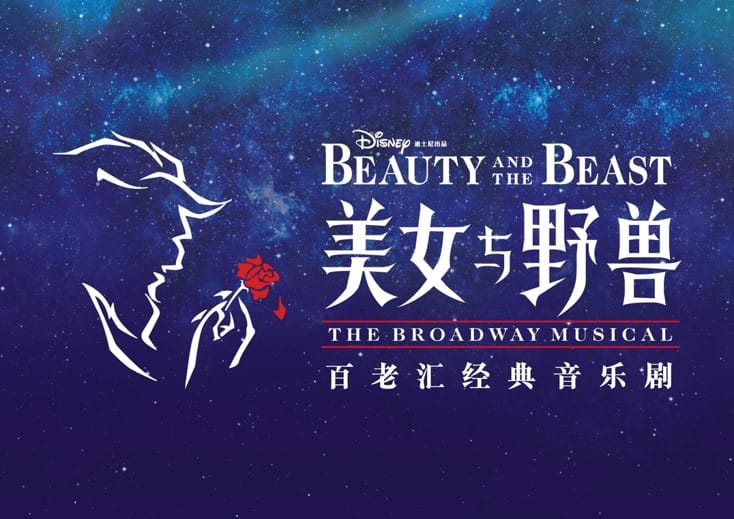