Presumably to reduce our building residents need to walk the streets of Shanghai during the pandemic, vending machine snack foods installed in our lobby today, adjacent to our N95 face mask vending machine. 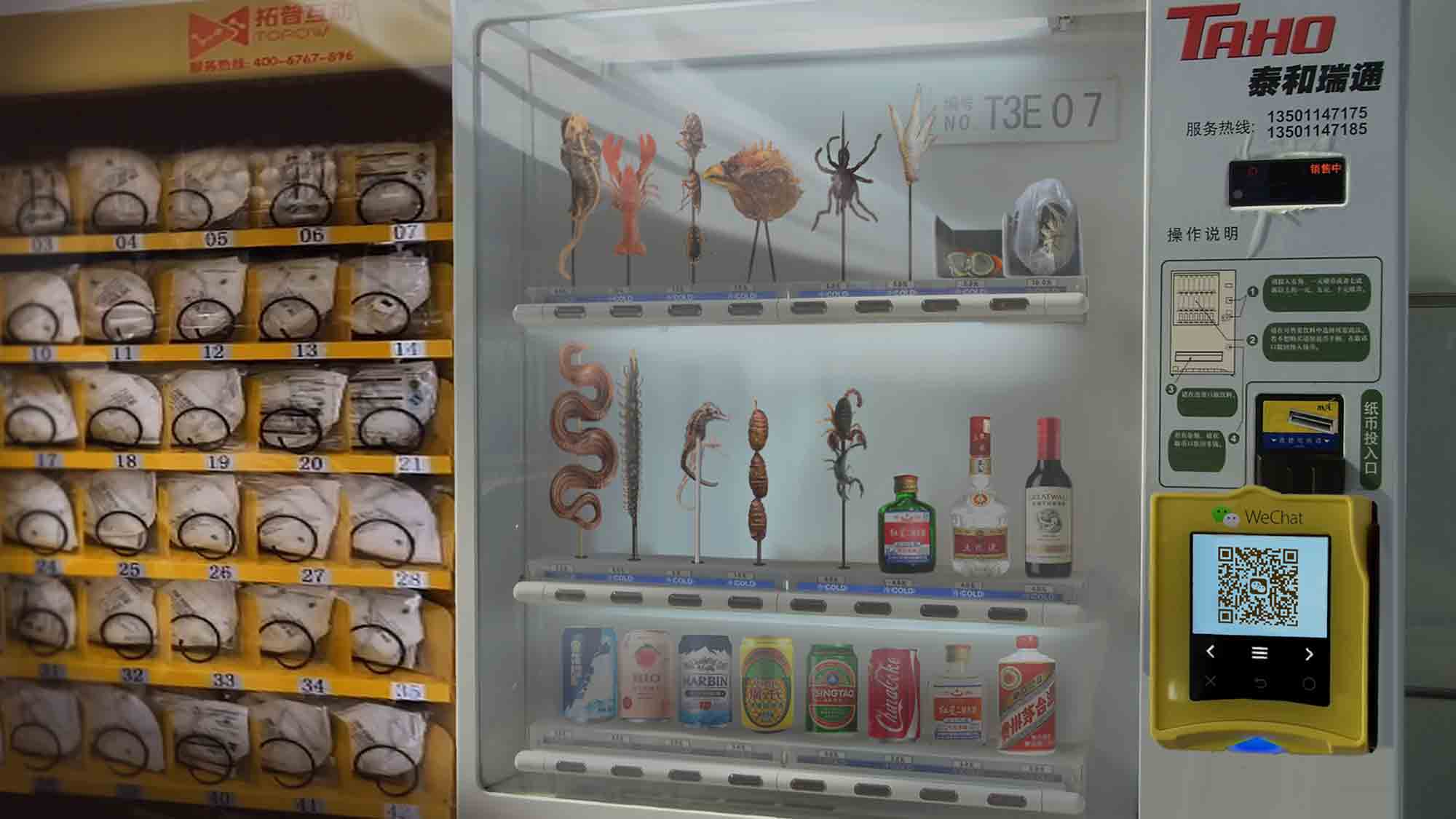 Celebrated on April 1 each year—has been celebrated for several centuries by different cultures, though its exact origins remain a mystery.

Some historians speculate that April Fools’ Day dates back to 1582, when France switched from the Julian calendar to the Gregorian calendar. In the Julian Calendar the new year began with the spring equinox around April 1.

People who were slow to get the news or failed to recognize that the start of the new year had moved to January 1 and continued to celebrate it during the last week of March through April 1 became the butt of jokes and hoaxes and were called “April fools.”

For the average trickster, there is always the classic April Fools’ Day prank of covering the toilet with plastic wrap or switching out sugar and salt.

But in modern times, people have gone to great lengths to create elaborate April Fools’ Day hoaxes. Newspapers, radio and TV stations and websites have participated in the April 1 tradition of reporting outrageous fictional claims that have fooled their audiences.

In 1957, BBC Panorama reported that a happy Swiss family was harvesting their prized spaghetti trees. Unbeknownst to many viewers, the four-minute “news” segment, literally showed strands of cooked pasta dangling from the trees in a family vineyard, an intricate April Fools’ Day hoax produced for a paltry £100.