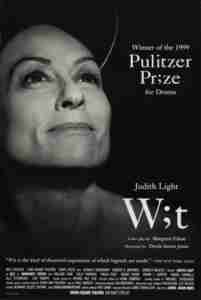 After its successful initial run at the MCC, the play transferred to the Off-Broadway Union Square Theatre (100 East 17th St) to open on October 6, 1998.  The production closed on April 9, 2000 after 545 performances.

Kathleen Chalfant took the lead in the London production at the Vaudeville Theatre from April 3 until May 13, 2000. Directed by Leigh Silverman, recreating the direction of the late Derek Anson Jones.

ALASTAIR MACAULAY of the FINANCIAL TIMES:
“A beautifully accomplished piece of work – affecting, funny, and clever.“

CHARLES SPENCER of THE DAILY TELEGRAPH:
“As beautiful and transcendent as anything on the London stage.”

BENEDICT NIGHTINGALE of THE TIMES:
“It is moving, funny and wise.” He goes on to say , “I don’t often blink back tears at plays these days. Last night I did.“

MICHAEL BILLINGTON of THE GUARDIAN:
“Wit is a provocative and eloquent play, boasting a superlative performance from Kathleen Chalfant.”

PETER HEPPLE of THE STAGE:
“This must be the bravest production to be seen in the West End for many a year.” He goes on to say, “Moving dignity to the very end.“ 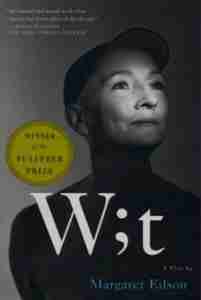 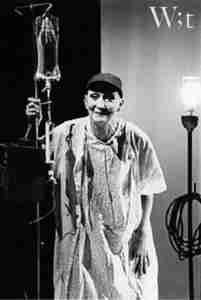 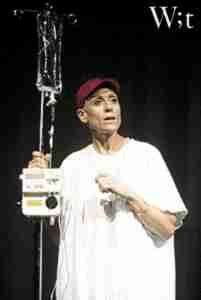 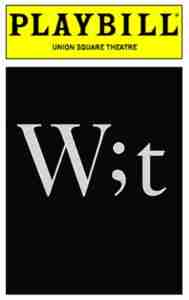 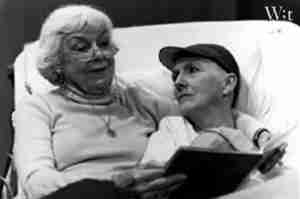 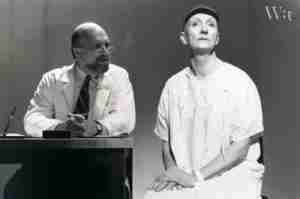 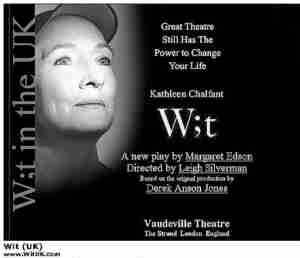 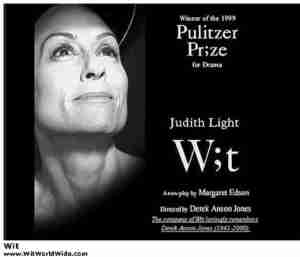