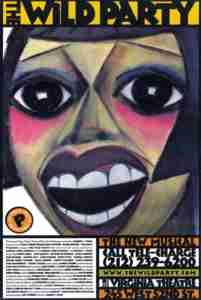 The Wild Party is based off of the 1928 Joseph Moncure March poem of the same name. The 1920s prove to be a rough time for Queenie, a Vaudevillian chorus girl, and her violent lover Burrs, a black-face Vaudevillian performer. When things start to get violent between them and Queenie pulls a knife on Burrs, Burrs suggests that they throw a party and invite all their friends to calm the fire. Queenie agrees and the party appears, complete with a collection of their rough and tumble chums: Queenie’s rival and friend, an “ambisextrous” drug addicted young man, a washed-up boxer, a black brother/lover duo, a diva, an ingenue, a lesbian actress and her morphine addicted girlfriend, and a mysterious escort who catches Queenie’s eye. The party slowly deteriorates from passion and pleasure-filled to its sobering tragic end. Illusions are stripped away as the guests find themselves back in the reality of who they are and what they’re facing in this world masked in glamour. 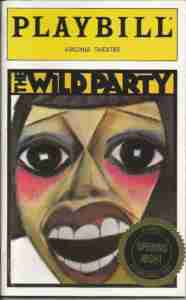 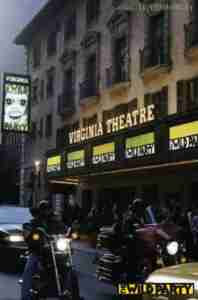 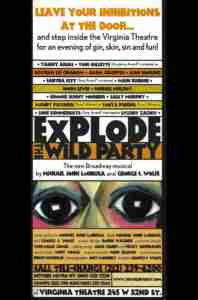 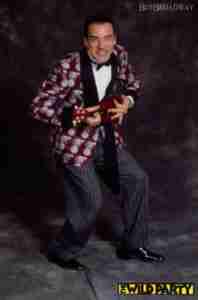 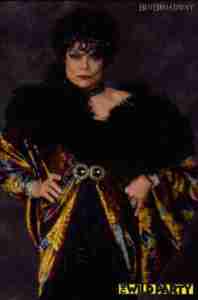 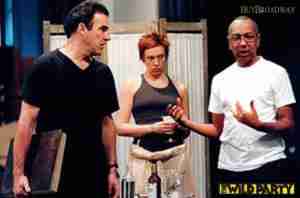 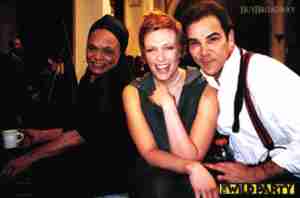 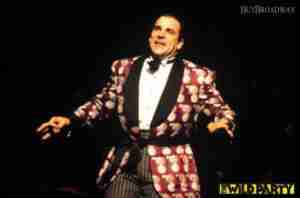 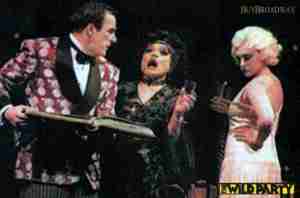 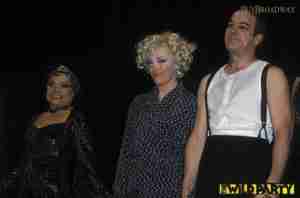