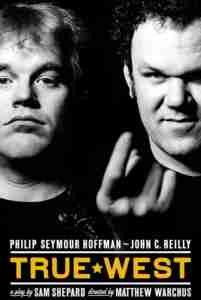 TRUE WEST by Sam Shepard opened on Broadway at the Circle in the Square Theatre on March 2, 2000 and closed on July 29, 2000 after 21 previews and 154 performances.

Holed up in their mother’s California house, screenwriter Austin and lowlife Lee wrestle with big issues—and each other, leading to the airing of old resentments and some unexpected twists in the relationship.  Matthew Warchus’ production of True West was originally commissioned by the West Yorkshire Playhouse in a co-production with the Donmar Warehouse. 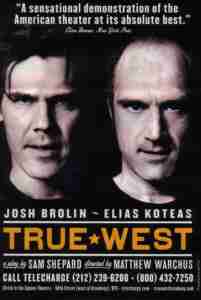 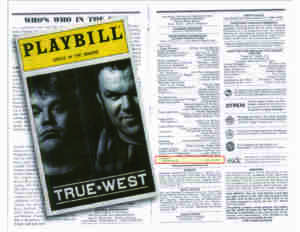 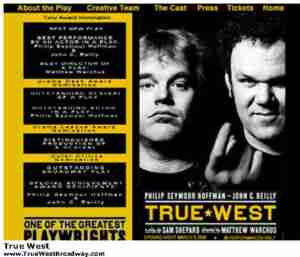