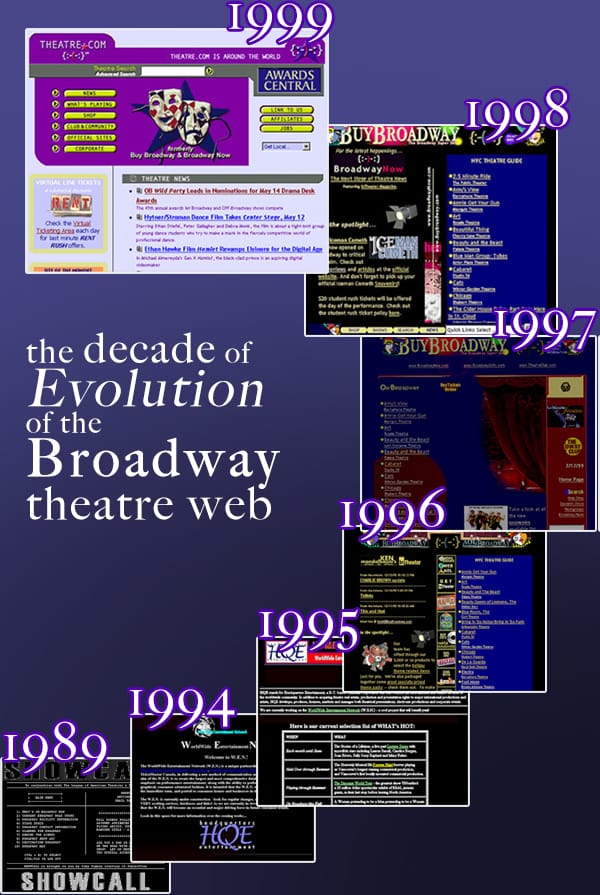 “Toby is the man pushing theatre, kicking and screaming, into cyberspace.“ 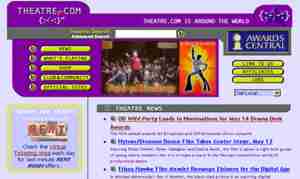 I was Founder and CEO for over a decade of my New York-based “800 pound gorilla” theatrical marketing company focussed on putting butts on seats.  I was as an evangelist, fortune teller, advisor, educator and negotiator, I personally envisioned, initiated, designed and oversaw the development the first ever web ticket sales system for Ticketmaster in 1995, I envisioned and produced the 1st theatrical live streaming events, established an online news network with global correspondents called BroadwayNow, sold the 1st theatrical souvenir and props online, and produced, designed, deployed and marketed over 100 Broadway, West End, touring and international websites and theatrical organizations online.

In these early days yahoo was a single page listing (my website was about the 25th listed).  Google did not exist.  Facebook, Instagram, etc.. were years away from imagination.  Mobile phones had no apps.  I built the 8th online shopping service on the internet licensing (for $85k) the Netscape e-commerce server.  Microsoft and I streamed the 1st ever video.  I developed cross-site single click logins. I created an affiliate sharing program for ticket and souvenir sales. I built a large (180k) community of theatre lovers. I developed marketing campaigns and cross promotions for all Broadway. I was giving speeches about Broadway and technology convergence at major events such as COMDEX, World Trade Center, Digital Hollywood and WindowWorld.

I was embracing technology.  I saw the future.

Others didn’t.  Eventually theatre.com turned into a publicly traded company in 1999 (VSX: EmNet) and thanks to an idiotic short-sighted public company board decision who chose to ignore my belief in the internet / tech future for Broadway and global theatre, forced a sale to the Broadway Television Network in 2000 for a little over $10m — a pittance in those days.  And so began my distrust of money people. (Crowd-funding, Dragon’s Den and Shark Tank did not exist back then).

Separate from my theatrical producing, stage management and production management, and prior to web based activities, in June 1989, I founded and designed the first ever internet initiative for the theatre industry, a Bulletin Board Service (BBS) entitled ShowCall, in conjunction with the League of American Theatres & Producers which came online on the evening of that years Tony Awards at the Lunt-Fontanne Theatre. The dialup service offered theatre professionals access to Broadway touring schedules, box office reports, stage specs for the theatres across America, a communication forum, and access to logos and marketing materials for various shows.
<div class="fusion-fullwidth fullwidth-box fusion-builder-row-4 fusion-flex-container nonhundred-percent-fullwidth non-hundred-percent-height-scrolling" style="background-color: rgba(255,255,255,0);background-position: center cent