The Goat or Who is Sylvia? (Broadway) 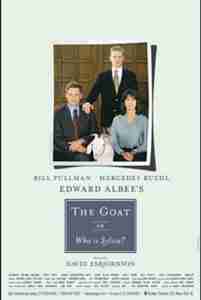 The Goat or Who is Sylvia? (Broadway)

The Goat, or Who Is Sylvia?

Martin—a hugely successful architect who has just turned fifty—leads an ostensibly ideal life with his loving wife and gay teenage son. But when he confides to his best friend that he is also in love with a goat (named Sylvia), he sets in motion events that will destroy his family and leave his life in tatters.

It won the 2002 Tony Award for Best Play, the 2002 Drama Desk Award for Outstanding Play, and was a finalist for the 2003 Pulitzer Prize for Drama. 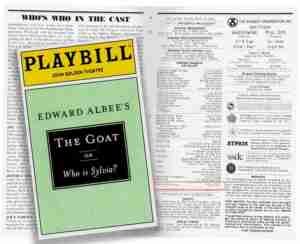 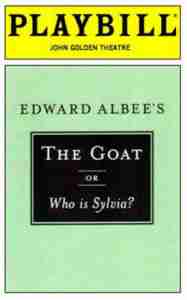