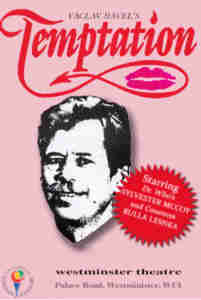 Company and Stage Manager for Václav Havel’s TEMPTATION, a drama translated from the Czech by George Theiner, which opened at the Westminster Theatre (now re-built), in London’s West End on June 6, 1990 and closed on July 14, 1990, after 48 performances and a budget of £250,000.

Produced by Hugh Steadman Williams for Westminster Productions Ltd. and presented at the Westminster Theatre.

A Faustian play written by the Czech playwright (and President) in 1985 has given the Faust legend a provocative twist, where ‘Dr. Henry Forster’ is a scientist, and part of an institution that looks down on the occult and it’s uses. Following the course of the original story, Dr. Henry Forster makes a deal with the devil to forward his love life and career, but in the end pays the ultimate price of his soul, showing internal conflict as he struggles to reconcile his beliefs and his honor with his needs and desires. The West End theatre was bought by the Westminster Memorial Trust in April 1946 as an international moral and spiritual movement memorial to men in Moral Re-Armament (MRA) who gave their lives in World War II.

TEMPTATION is remembered in West End theatre history as the show that:

Extract from my book:

I was looking for a job in the West End to tide me over until I returned to Canada.

1990 was a difficult time in England… Margaret Thatcher was in power, the IRA were exploding bombs in central London largely near army recruiting centers and in garbage bins around Piccadilly Circus and Leicester Square and even worse, the people of London were getting angrier with the government and the poll tax riots were reaching their peak.

While working the Brompton’s bar I met a lot of West End theatricals, one of whom was the editor of Spotlight, a magazine for contacts in the London theatre business, who introduced me to several key movers and shakers. This led me to Brian Kirk, one of the most respected producers and general managers in the West End of the time.

On Saturday, March 31, I went for a job interview with Brian Kirk in his office on the third floor of Cranborne Mansions (aka London Hippodrome) in Leicester Square.

I arrived at the appointed time following matinees around 5:30pm and went into his office to meet him. His offices had lots of windows overlooking Leicester Square. We began the interview and about 10 minutes into it, a loud explosion and all of the glass in his office was shattered, as we both jumped under his desk where we sat for about an hour waiting for an all clear from the local police.

It turns out that the 200,000 or so poll tax rioters who were coming east up the Mall from Kensington were blocked by police at Trafalgar Square. Here, rioters split with some going south to Whitehall, and others coming north up Charing Cross Road. At Leicester Square Underground (tube) station at Cranbourne Mansions, the rioters were overturning cars on Charing Cross Road and Cranbourne Street in Leicester Square which included a delivery van that was blown up with a little kerosene rag in the gas tank… This caused the explosion directly outside his office, and a lot of damage to his building. 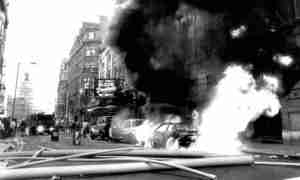 As a result of being in close confines with Roger Kirk for an hour under his desk… I got the job as company and stage manager for a new musical of TEMPTATION to be directed by James Roose-Evans (Jimmy) at the Westminster Theatre, if on meeting Jimmy there was agreement.

The next day, a Sunday, I met with Jimmy at The Westminster Theatre, which was at the corner of Palace Road and Palace Street opposite the Royal Mews of Buckingham Palace. In the lobby coffee shop, Jimmy and I hit it off like a house on fire. He loved my love of teddy bears, my gay life, and my theatrical story of my life’s journey to that meeting, and I loved everything about his life story.

Jimmy is one of Britain’s most experienced theatre directors. He founded the Hampstead Theatre in London, He dramatized and directed 84 CHARING CROSS ROAD on Broadway and West End. He was then finishing up a run of Hugh Whitemore’s THE BEST OF FRIENDS at the Apollo Theatre which he directed, and which gave Sir John Gielgud his last stage role. Jimmy is also the iconic author of children’s books (such as the teddy bear adventures series of “Odd and Elsewhere”)

It was all approved the same day and so that evening when I returned to my hotel on April 2, 1990, I was now officially a member of three Actors Equity Associations on three continents and ready to start work on TEMPTATION. 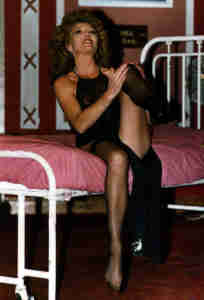 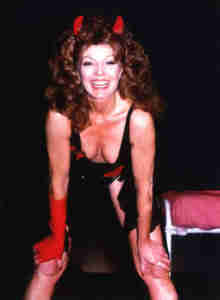 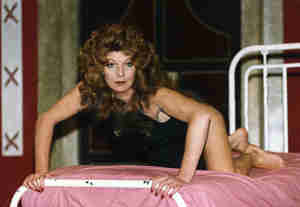 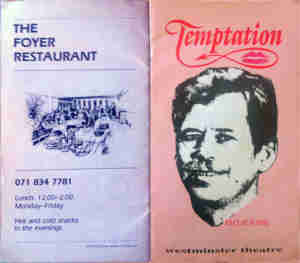 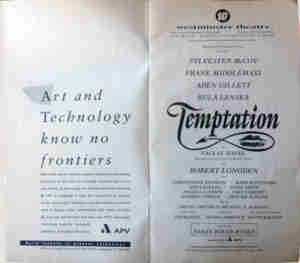 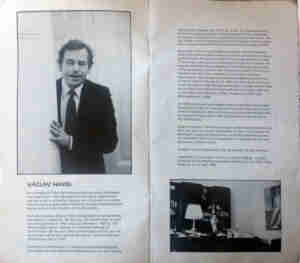 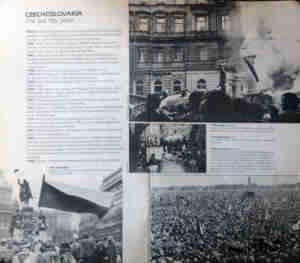 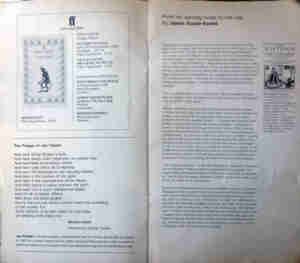 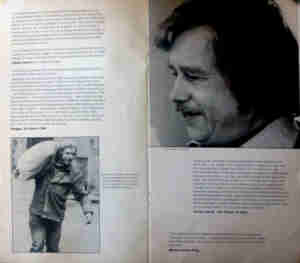 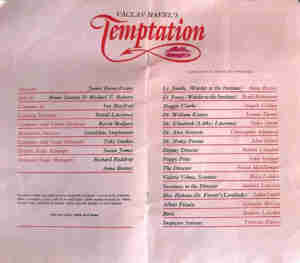 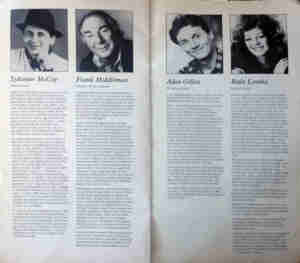 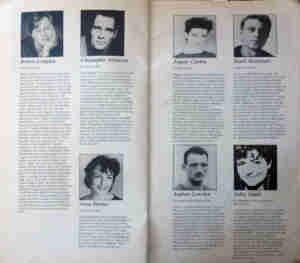 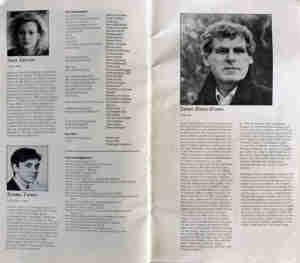 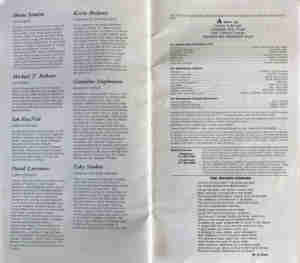 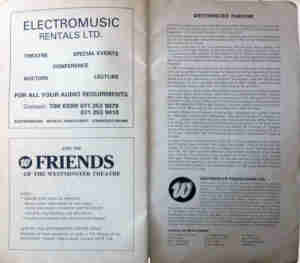 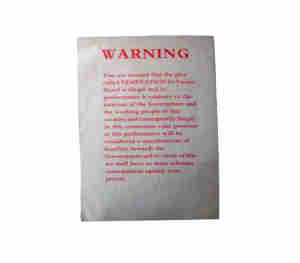 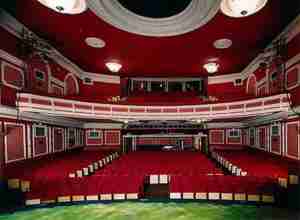 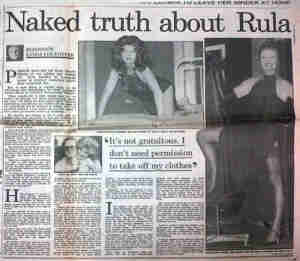 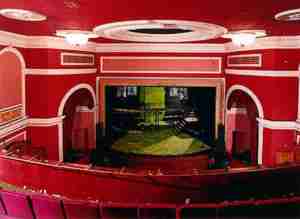 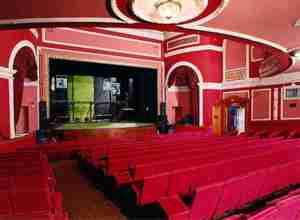 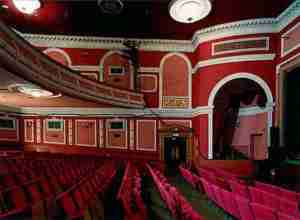 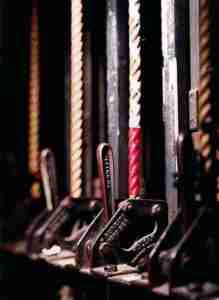 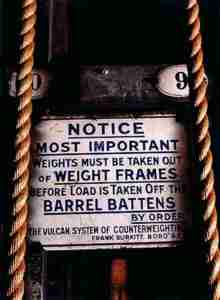 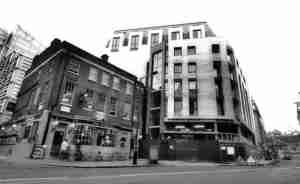 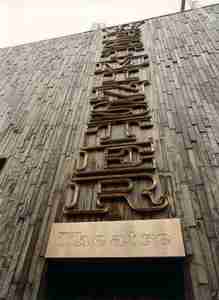 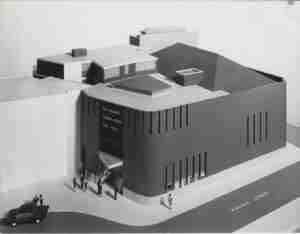 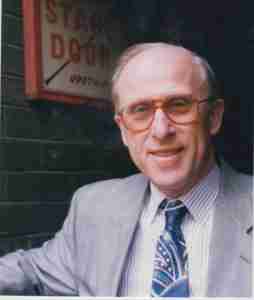