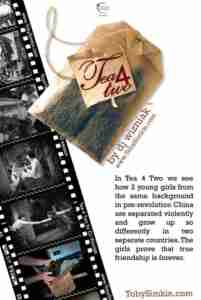 In Tea 4 Two we see how 2 young girls from the same background in pre-revolution China are separated violently and grow up so differently in 2 separate countries. The girls prove that true friendship is forever.

1 has wealth; 1 has family; neither is complete.

This feature film in development, as introduced at the Shanghai International Film Festival, is written by DJ Wizniak, tells a beautiful story of love and kindness of the Chinese spirit as told by a foreigner with a dramatic twist ending.

In 1941, before the country finds itself changing. A young photo journalist Charles Harper on his first assignment for the Associated Press is posted to China. Walking the streets one day looking for a story, he hears the sounds of young girls singing coming from a garden.

He finds a cut out in a wall and photographs the young girls singing in the courtyard of the private school.

A large black car pulls up in front of the school, and a distinguished man gets out and enters the courtyard.

Moments later, 2 of the young girls are separated violently. Charles starts taking photos. There is confusion. One of the girls is dragged from the school and put in the car; the other follows but is held back by a headmistress. At the moment of their separation the two girls promise to write to each other.

One of the girl’s is taken overseas and the other remains in China during the time of change.

Nearly 60 years later, the school is scheduled to be demolished. The now headmistress is packing up her desk, and finds the old camera in a cupboard. Reading the tag on the camera “property of C. Harper, Associated Press”, she packages it up and posts it to the overseas office.

A package from China arrives on the desk of Peter Harper, the foreign correspondent for the Associated Press, who opens it to reveal the old camera. Peter immediately recalls a story his father used to tell him about an incident that happened to him 60 years earlier when his camera was stolen from him. Charles Harper had died several years before, so Peter decides to develop the film to see if it would reveal the ghost that haunted his father for so long.

The long lost camera protected a series of photos telling the same story his father used to repeat over and over again. One of the haunting photos captured 2 young girls in turmoil being separated violently.

Peter published the lost photo in a photo essay to honor his father that is syndicated to various newspapers in the west.

The photo wins the Pulitzer Prize for photo journalism, and is placed on exhibit.

A Chinese widower Oh Youg Shin known as Madame Belle to her friends, has lived in the west throughout her life. Wealthy yet lonely, sees the photograph in the paper and immediately recognizes the moment of separation from her best friend. She visits the exhibition and meets Peter who shares his story on how he found the photograph and Madame Belle the story of the friend she never saw again.

Around the same time, a simple Chinese mother Xu-Mei Feng, who lived all her life in China, is visiting her grandson in the west. She also sees the photograph in the newspaper and immediately recognizes the moment of separation from her best friend. Xu-Mei Feng visits the exhibit and also meets Peter Harper.

Peter arranges Tea for Two and brings the long lost friends back together, where years of wonderment disappear and a friendship is renewed.

For the years the friends have been apart they discover they both made good on their promise to write to each other. Nearly 60 years of letters can now be delivered and shared.

With the best friends now back together they both travel to China not only to exchange their memories but also their lives. Over many pot’s of Tea for Two the women read letters and tell stories changing each other’s opinion of how the other grew up……. Until, an unexpected event changes both families forever.

In Tea 4 Two we see two best friends from the same background, grow up so differently and prove that friendship is forever. 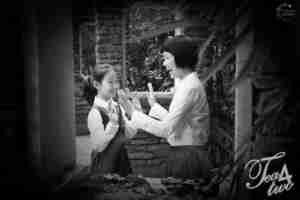 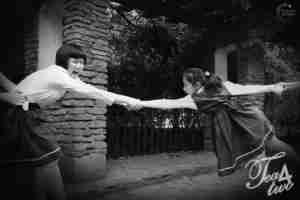 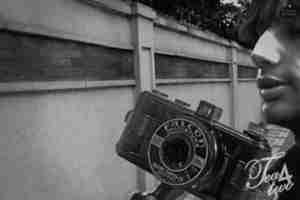 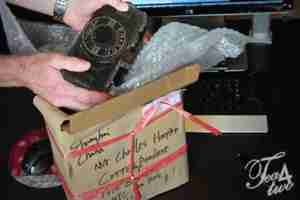 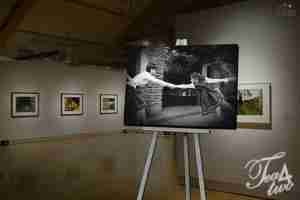 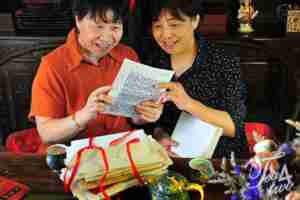 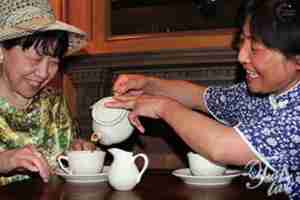 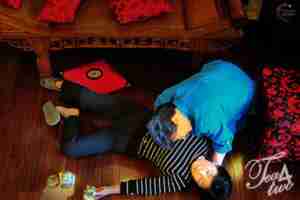 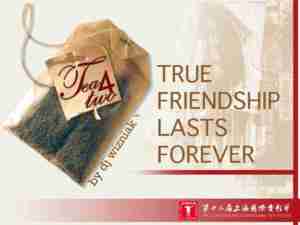 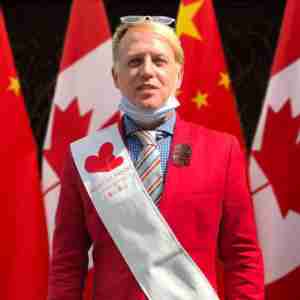