Take Me Out (Broadway) 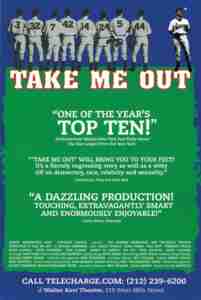 Take Me Out (Broadway)

TAKE ME OUT by Richard Greenberg opened on Broadway at the Walter Kerr Theatre on February 27, 2003 and closed on January 4, 2004 after 28 previews and 355 performances.

Take Me Out was originally staged by Donmar Warehouse, London, with The Public Theater. It premiered off-Broadway on September 5, 2002, at the Joseph Papp Public Theater, where it ran until it transferred to the Walter Kerr Theatre on Broadway where I joined to handle online marketing.

At the 2003 Tony Awards, the production won the award for Best Play, Mantello won Best Direction of a Play, and O’Hare won Best Performance by a Featured Actor in a Play.

Much of the play is set in the locker room of a professional baseball team, and as such has an all-male cast that explores themes of homophobia, racism, class and masculinity in sports. The play’s main character, Darren Lemming, is a popular and successful mixed-race baseball player at the peak of his career when he decides to come out. Several of his teammates react strongly (some supportive and accepting, and some not), and the drama plays out over the course of a baseball season with tragic consequences. 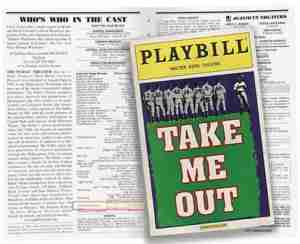 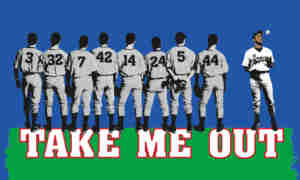 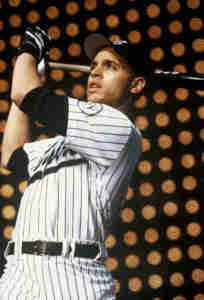 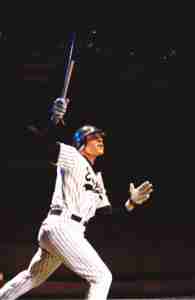 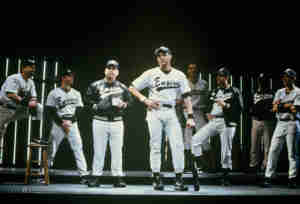 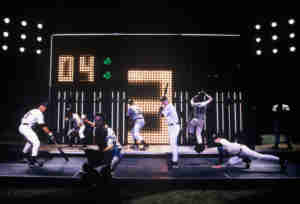